We are attempting to sell our 1969 split level and one of the issues we have is our precast cement stairs. They are attached to the cinder block wall foundation with bolts. This caused about a 1/2 inch by 3 feet gap in the block wall in the basement. the stairs were pulling away from the house so our contractor lifted them up with cement shims to make the stairs plum against the house. The gap in the basement wall remains. Any suggestions? Should we remove/replace the stairs completely or is there an easier fix here? Was hoping to not have to put anymore money into the house but if it helps us to sell, I see no other choice. Thanks in advance. 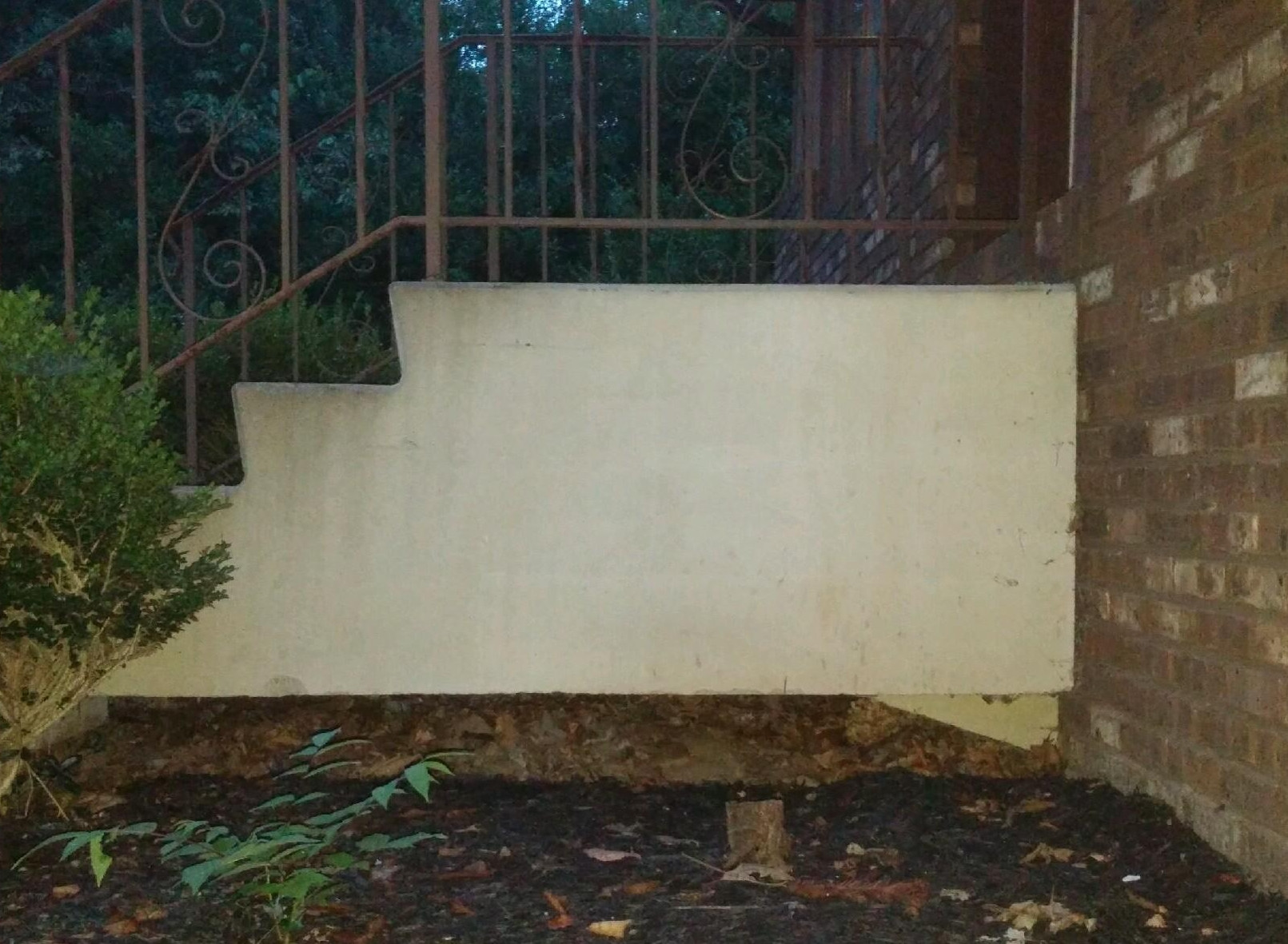 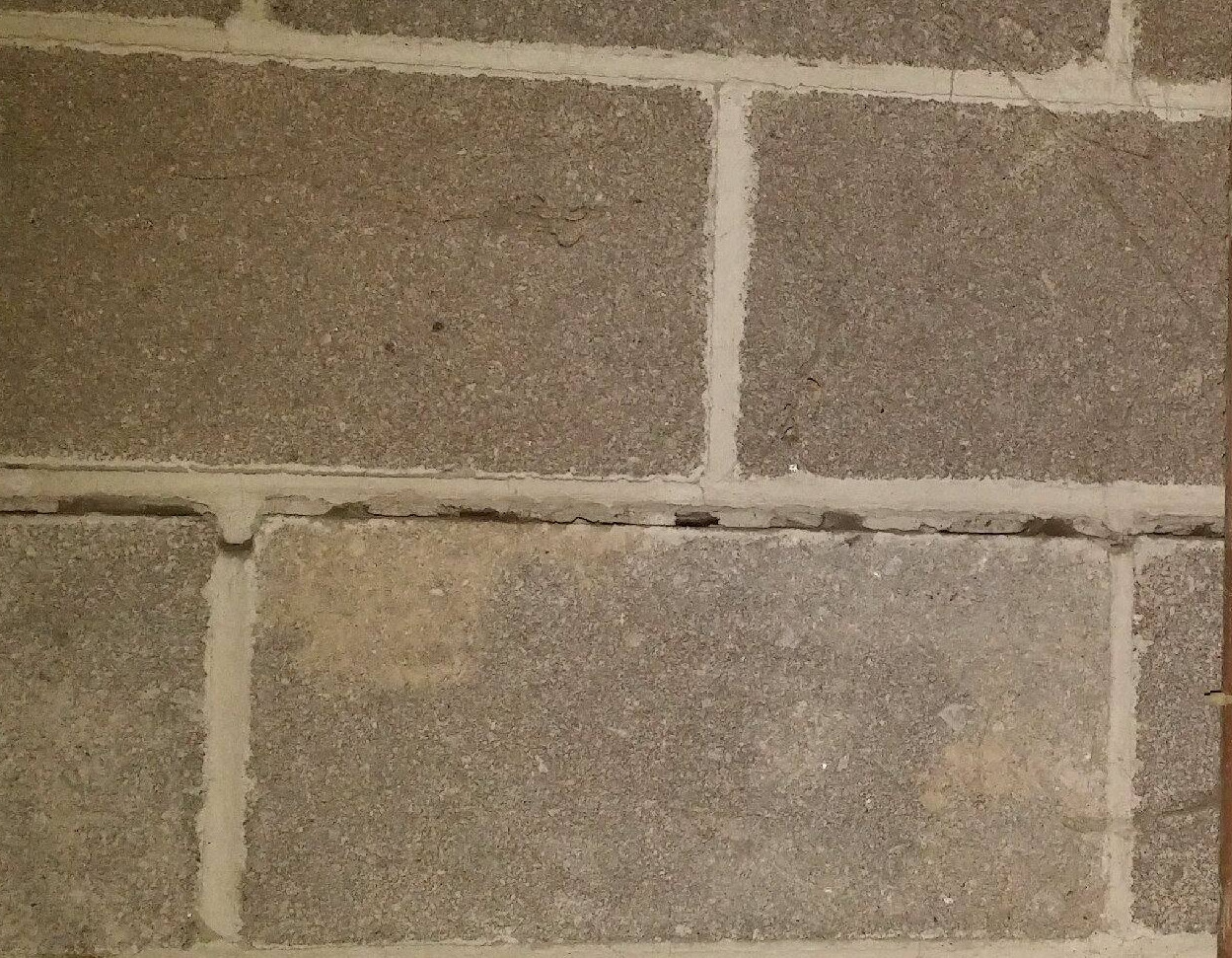 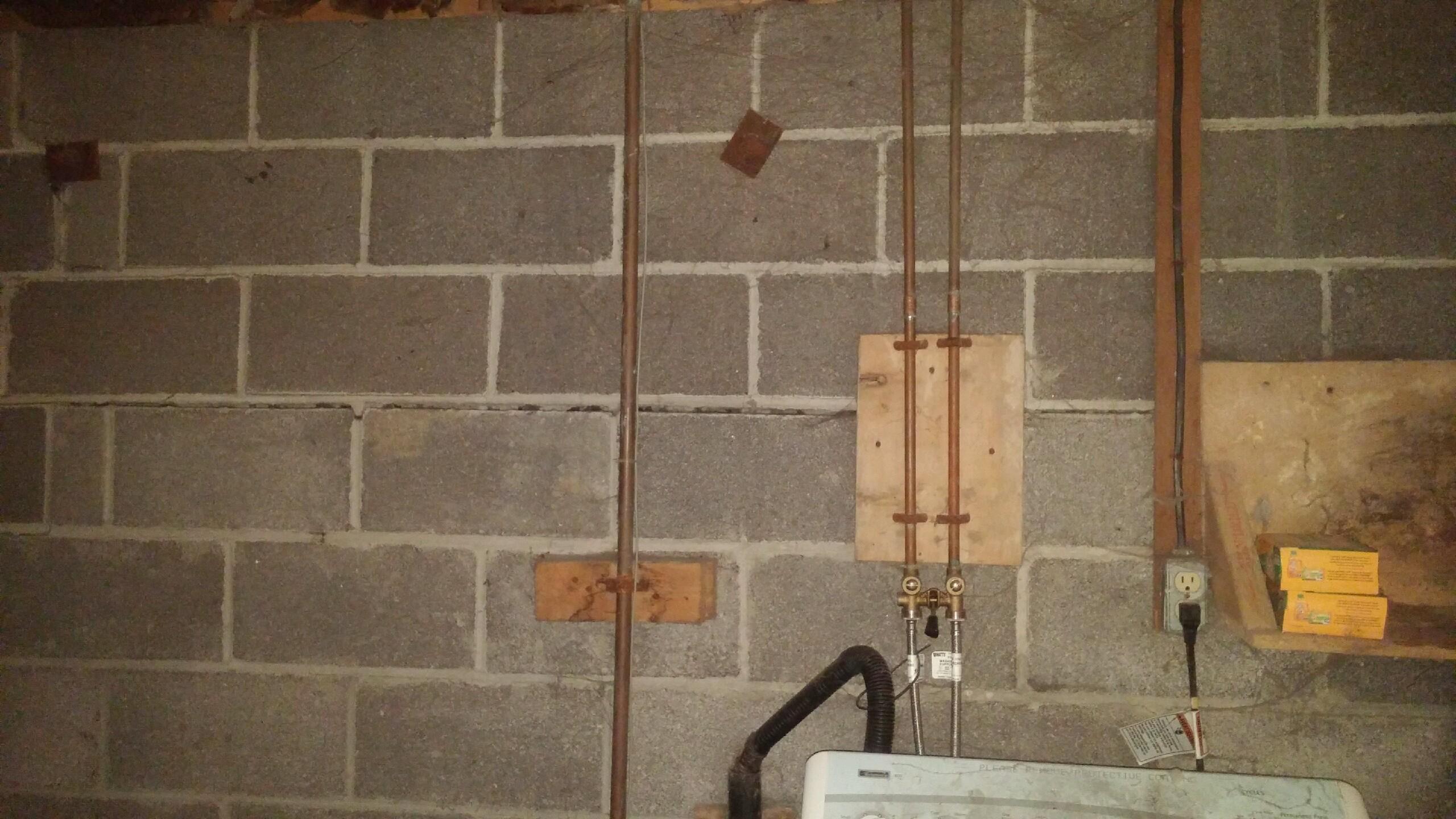 Resale or not, the steps are a serious structural issue. Eventually, they will cause very expensive problems. One way or another, you need to remove that load from the foundation wall and make the wall plumb again. You may be able to do that cheaply, but in the big scheme of things, steps aren't all that expensive, especially compared to foundation repairs. If you need to replace them, you could even go with something other than concrete.

That said, lets look at potential fixes short of step replacement. The concrete shims are a temporary fix. The shims will settle faster than the steps did. The steps need a proper footer to be stable. You don't want that weight hanging on your foundation wall. The wall is not designed to support the leverage that the steps create. The load of the steps will eventually destroy that wall and become a serious structural issue. Re-securing the steps to the wall was the worst thing you could do.

The upper part of the third picture has several pads on the wall (the detail is too small to see). You indicate that those are the bolts. I would cut them off. Even better, if you can pull the steps away from the wall again and are able to access the bolts outside, cut them off there, too.

Once the steps are no longer a load on the wall, they can be supported as a free-standing piece. If you can leave the steps intact, you may be able to use helical piers to support the steps rather than trying to excavate footers.

If there is a gap between the steps and the wall, that is just a cosmetic issue. Caulk the gap or use other methods to hide it for a nicer appearance. Grout may separate or crack if the steps settle at all.

The crack in the basement is because the steps made the upper part of the wall tilt out. That also stresses the exterior brick facing, but that may be spread over a large enough area that you don't yet see similar separation in the brick mortar joints.

Use a long level vertically inside and out, straddling the crack area, to look for anything that is out of plumb or not a continuous straight line. If you see any such signs, have a foundation specialist look at it. They may be able to push things back into place. I wouldn't simply re-point the cinder block mortar in a non-vertical position because the weight of the house that it is supporting will try to push the wall more out of alignment.

If you don't want to undertake the work prior to resale, leave the evidence visible (although I would at least cut off the bolts inside the basement). You could have serious liability if you try to hide a structural issue. The home inspector will see it, and you can negotiate the price. If the buyer wants to just re-point the mortar and not fix anything, the onus will be on them, and you will be in the clear. If that is your strategy, don't bring in a foundation specialist, yourself. You would be obligated to disclose the findings, which could document a high repair cost.

That'll definitely become issue on a home inspection. There are a couple ways to go after this, keeping resale in mind.

First, you could try to get your contractor back, see if he/she'd be willing to grind the offending joints and point them up. That would show potential buyers that you tried righting the wrong.

Or, you could leave it and just allow it to be a bargaining point for the buyer. Depending on your part of the country, maybe consider that to be a $500 negotiating point.

Either way you go, it won't ever disappear. Keep that in mind in your decision.

Good luck with the sale, hope it goes well for you.