What is the technical term for a non slip-on/slip fit bath spout that installs through the wall?

I ordered a shower kit online that included a wall mounted tub spout. When I went to install the tub spout I discovered that it had a very large male thread, some kind of nut, and an adapter (looked like some NTP, tapered thing). The spout is supposed to be mounted through the wall, and the adapted is tightened into the pipe behind the wall. I've never seen a spout like this before. It's definitely not something can work with due to wall access issues.

What is the technical term for this type of spout/spout installation? (assuming it installs the way I think it does) 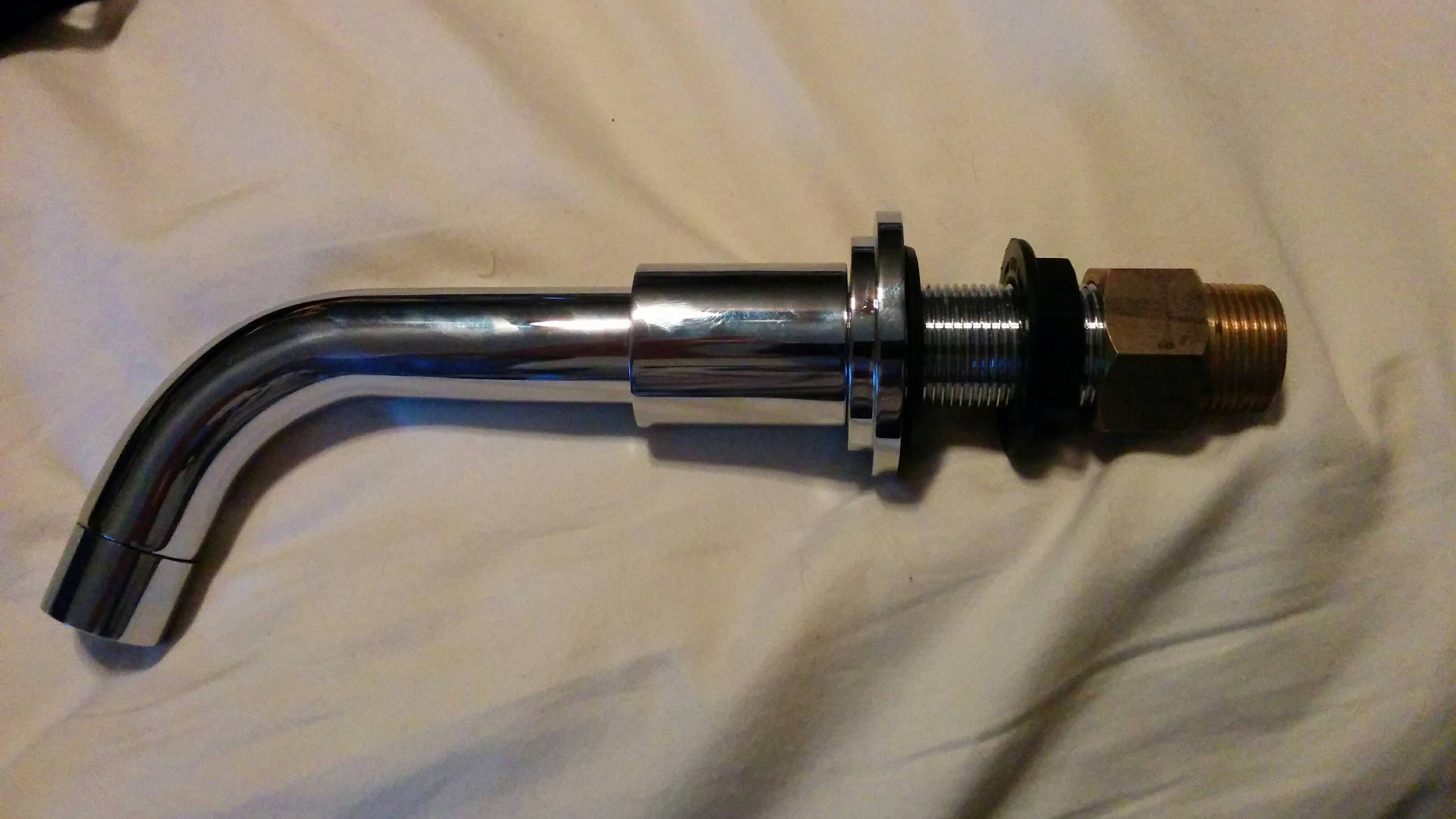 The spout that you have in hand is meant to be installed to a secure bulkhead such as a tub wall, shower enclosure wall or other wall plate. You would not simply mount this piece onto the end of a shower pipe in the wall.

Not the answer you're looking for? Browse other questions tagged shower terminology spout or ask your own question.

0
What is the technical term for this corner cupboard?
2
How do we remove a 1940 Crane tub spout base adapter that is inside the wall?
9
What is the proper term for a latch that uses a loop and lever to draw things together?
2
What is the term for a bathroom tile which wraps around a backerboard edge?
1
what is the name/designation for two-conductor insulated shielded copper wire for 24V that runs to the aquastat?