Light fixture with a switch that has an outlet

I hope this explains it better: in this room there is a switch with one set of wires and only the black one went through the hole in it, and another black one in the other hole, and is hooked to the outlet by being wrapped around the screw terminals. The ground is cut short and not grounded.

Now on to the outlet: the wire from the switch is connected to the top screw - but it's on the side that says "white".

There are two more sets of wires that connect to the outlet as follows:

Now to the light: there are the black and white that come out of the box, and that is the set that has the ground cut short.

The original light fixture was a single 660w/250v rated socket. The one my friend put up was a fixture with two 660w /250v sockets. At the light only black and white connected, not ground... It worked then made noise and this is where I'm at.

When I wire test them, the black one from the switch and the white ones from either sets nothing... but all the other ones light up.....! 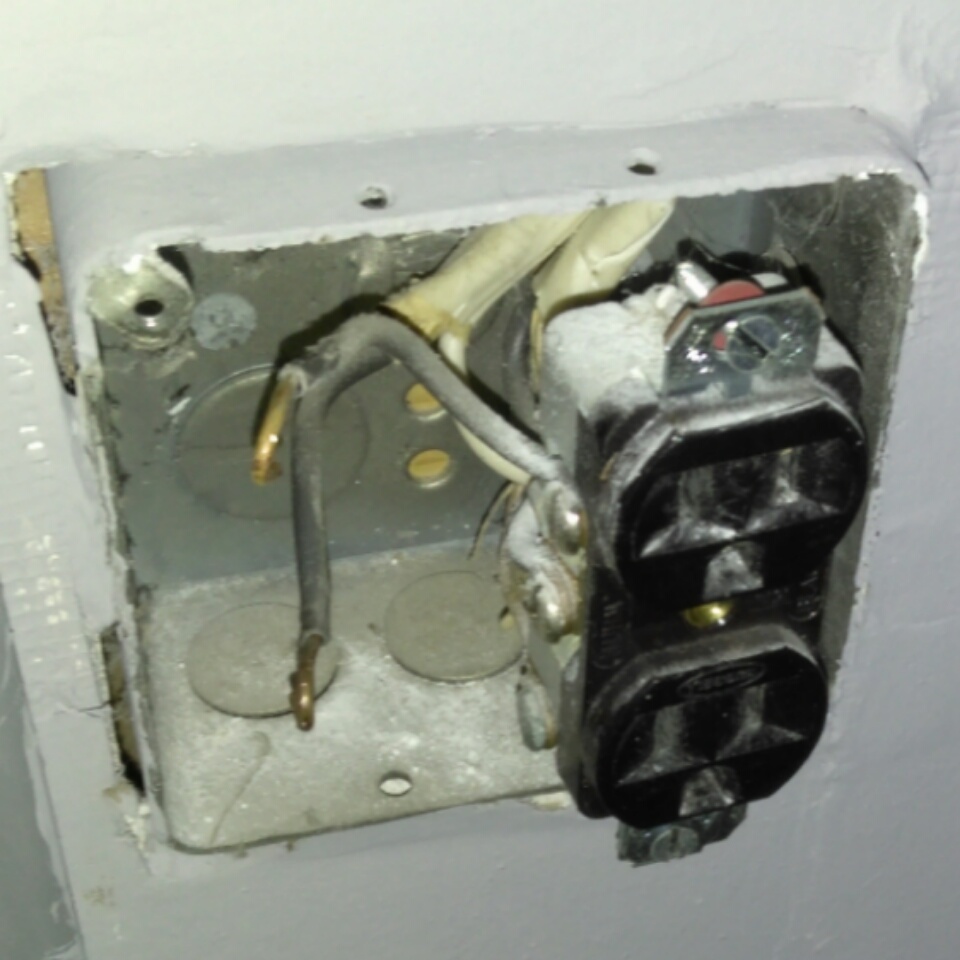 Browse other questions tagged electrical or ask your own question.