Wire two switches to one neutral? 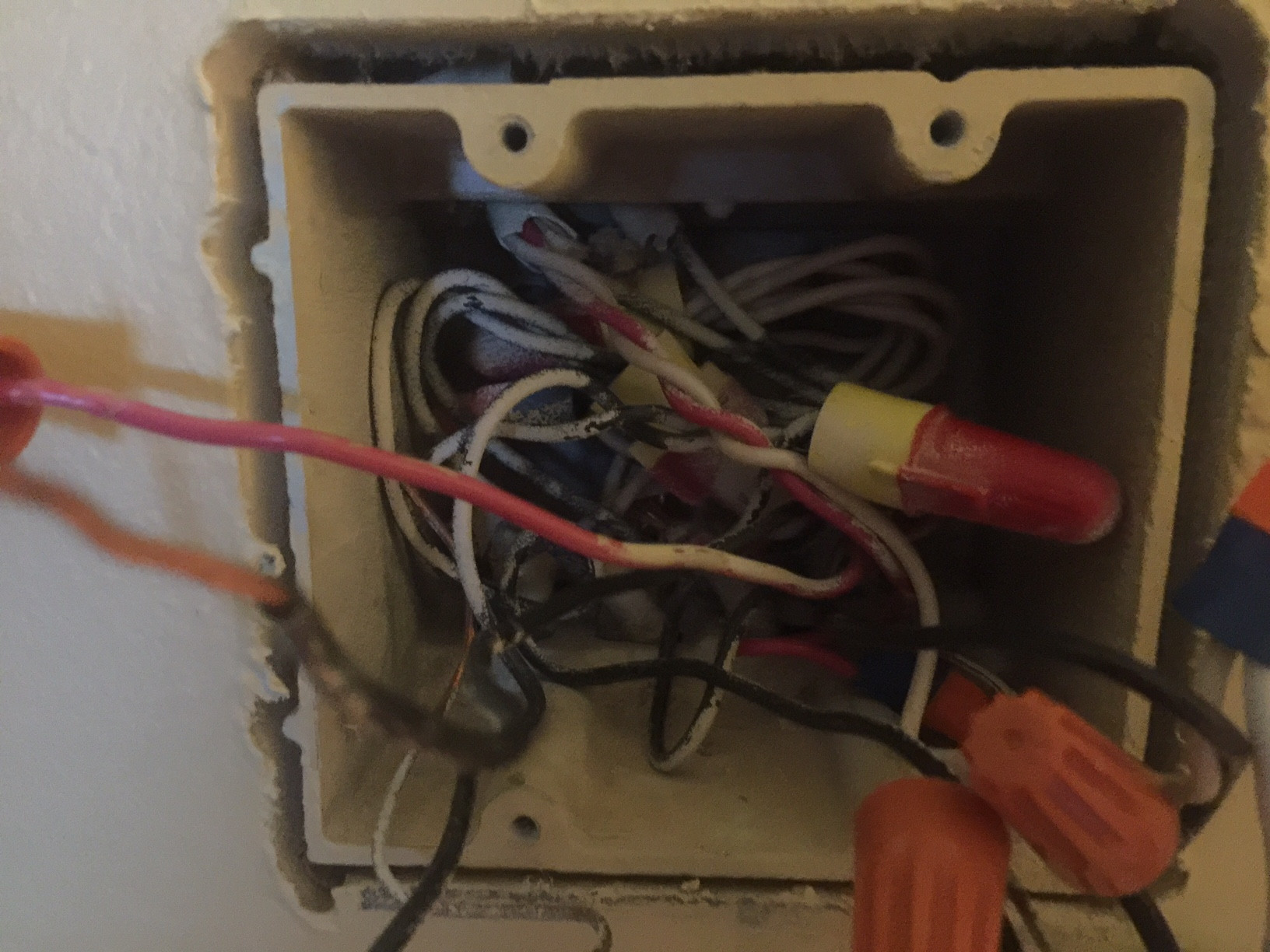 If both switches are powered by the same breaker you can wire both to the same neutral. From the wad of wiring I would expect the hot,neutral and ground to be in the box but it should be verified and that there is only 1 hot going to the box. If there are 2 separate circuits or power from more than 1 breaker the switch needs to be wired to the same neutral that the power comes in on.

This question is at least partly dependent on where you are. I can offer sort of general advice that is most likely correct in the US. Each state and even cities are different in the parts of the electrical code that they adopt, and the latest version of the National Electrical Code is most likely where you should get the answer, but....

That rat's nest of wires: looks like too many. If you measure the area of the cross sections of the wires in the box, exclusive of the ground wires (generally) in circular mils, then you will see the size box that they can occupy. The reasoning is, I think, that too many wires are too hard to work with properly, devices won't fit properly into a crowded box, and heat may not dissipate or be generated at too high of a rate by too much electricity in too small of a box.

That said, unless there is a need to have the devices on completely different circuits, then they can likely share a neutral, but make sure to 'bond' the neutrals together. (if they are on two different circuits, DO NOT bond the neutrals together) To bond the neutrals, you can use a wire-nut to connect the end of the single neutral to two 'pigtails' or short wires that Y-off the one wire and become two new ends, one for each device. Common practice in wiring a box but it could conceivably interfere with control circuits. The manufacturer would be the best reference in this case.

When you're wiring, don't depend on luck, find out for sure!

11
Convert One 3-Way Light Switch to Belkin WeMo Light Switch (Single Pole)
2
Replacing light switch with dimmer switch… white wire?
3
How can I use a Z-wave switch as a 3-way with no neutral?
0
Do neutral wires need to connect?
0
Converting two three-way switches to a single dimmer
2
Trying to identify neutral wire in switch box to use with Wemo Light switch (more than one neutral wire seems to be present)
0
Light Switch two hot wires (one from wire another one from anothr switch)
4
Can I connect a shared neutral to my Wemo smart light switch?
1
Install Smart Switch - Neutral wire from adjacent switch?