How to support a partially demolished chimney

The chimney on my house used to be one of those old brick ones that goes all the way down to a fireplace on the ground floor. The previous owner of my house removed the fireplace and almost all of the interior part of the chimney. The only parts left are the actual chimney on the roof, with a large, partially removed part dangling under it in the attic. This has proved way to heavy for the roof to support, so I initially wanted to remove it but the brickwork is in such a bad condition that I'm afraid hacking away at it would cause the whole thing to collapse, damaging either my attic floor, the wall, the roof, and possibly hurting people outside. Also removing the chimney would leave me with a hole in my roof that I am currently unable to repair.

I'm now thinking of rebuilding part of the chimney on a strong surface that can carry the load.

Here's a diagram of the current situation: 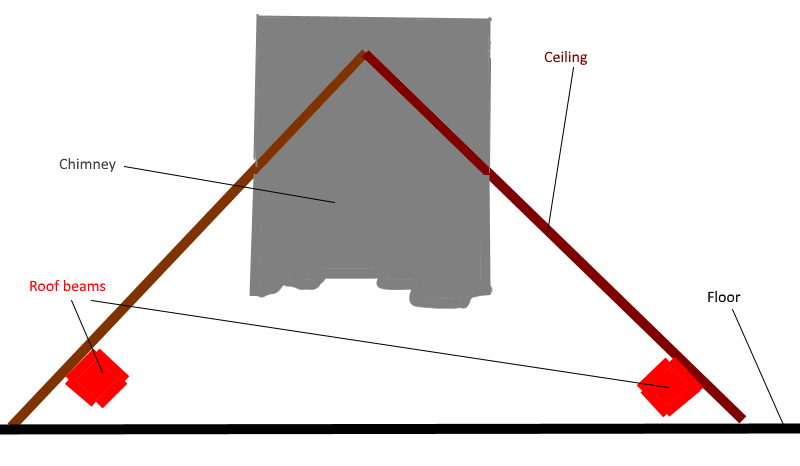 There are two sturdy beams supporting the roof near the partially demolished chimney. I was thinking of bolting two perpendicular support beams onto them, with a layer of concrete forming plywood resting on top of them, below the chimney. I figured I could then build up a brick support that the chimney could then rest upon, distributing the weight through the support onto the roof beams, like so: 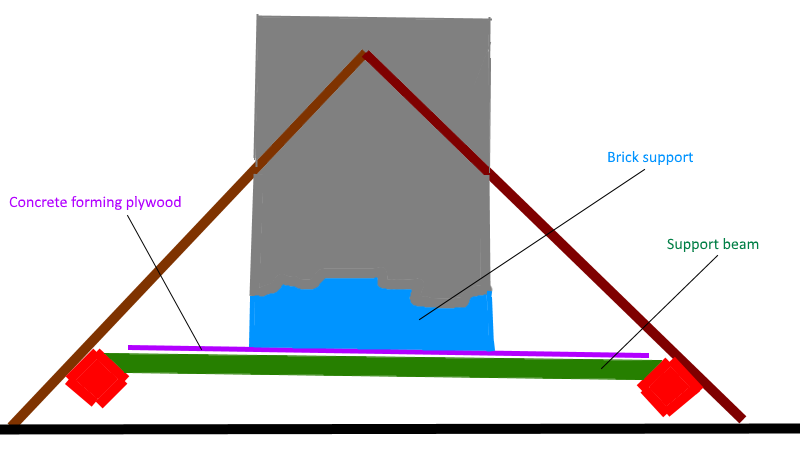 Is this a sound strategy, or am I likely to run into trouble?

I would remove the remaining chimney. Having a massive chunk of heavy brick and mortar suspended from the upper part of the structure is not something I would want hanging over my head.

If you live in an area where there is any chance of an earthquake would put more than triple concerns and impetus to get it removed.

You do have real concern that the thing could come crashing down if you start trying to remove it so you would really need to devise some decent support under the thing to prevent it from crashing. Such support can be temporary. After proper support removal should be done from the top down a brick or two at a time.

I removed part of an old chimney this way and found it was easy to dismantle because the thing was originally made with sand/lime/horse hair for the mortar. It was a simple process of just unstacking the bricks.

There are brackets especially made for this situation. Gallows brackets in your favorite flavour of search engine should throw up some examples. Typically they'd sit into a partially chopped out mortar joint along with a few bolts into the sound brickwork above the ceiling level and then you'd use bricks and mortar to build the chimney back down onto the brackets if you follow me! 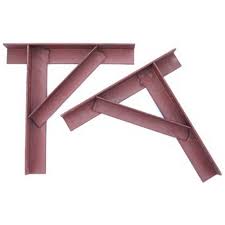 p.s. although I can see the logic of your solution (and arguably it's better than nothing) but it's not a good idea to add loads to things which are not designed for them. That method certainly would not pass any kind of official inspection (in the UK at least).

p.p.s An alternative method to support an old chimney (usually if the house is undergoing a 'gutting' or big refurb, is to slide an RSJ (beam) (through a small hole formed in the roof) across the house and onto the outer walls. But since you're not into repairing the roof, it's not applicable in this case.

Not the answer you're looking for? Browse other questions tagged roof brick chimney support or ask your own question.

6
What's a good way to support a freestanding chimney?
2
Bringing unused chimney down below roof line?
6
How can I keep animals out of my chimney?
1
Can I Remove a Brick Chimney and Replace With Something Else?
1
How should I protect wooden trim that abuts a brick chimney from further water damage?
0
Can I remove this interior brick chimney?
2
How to demo a partially structural chimney?
0
Planning a new roof for future roof mounted equmpment
0
How to fix sagging timber roof trusses?