UPDATE:The experienced advice of several people helped me to solve the problem I was having with converting a string of battery-operated LED lights to a plug-in power source.

Here's what I think I learned:

Thanks for taking the time to share your knowledge and helping me out. 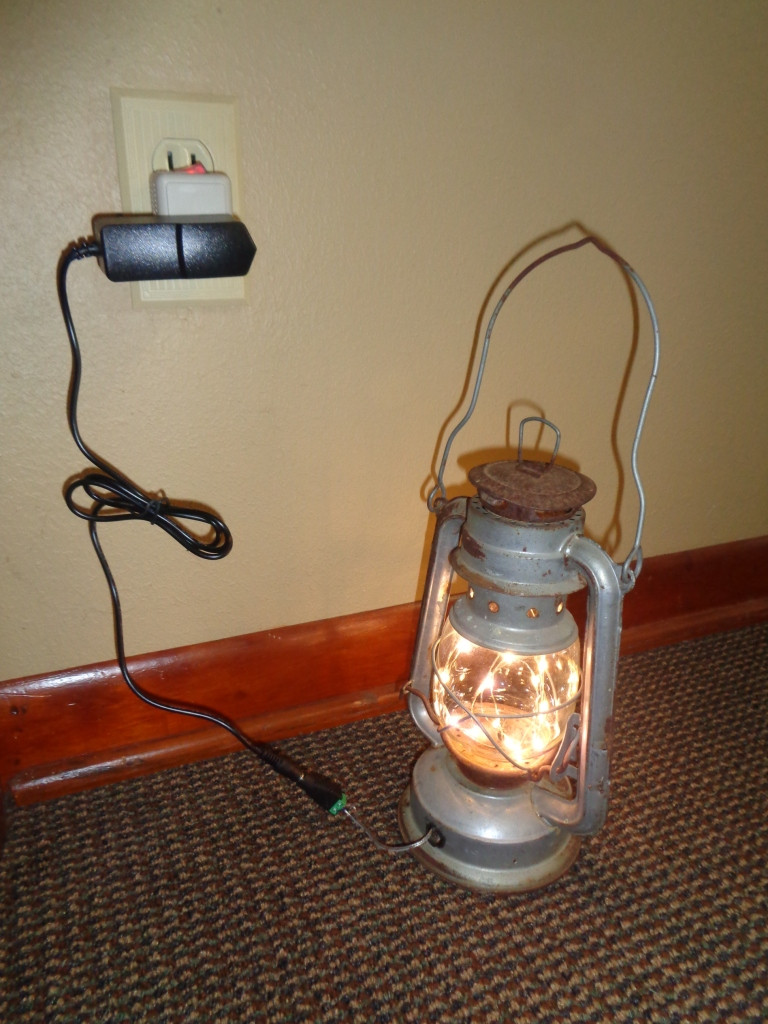 There are a number of things that could contribute to this.

First off re-connect the lights to the batteries and measure the voltage across the wires where the battery connections are. Two CR2032 batteries should show a nomimal voltage of 6V or thereabouts. It is possible that the voltage of your switching module is too low to activate the LEDs string properly.

The next step would be to consider just how much current the LED strings will take. Sometimes when cheap LED strings are used with small batteries they are not equipped with a series resistor to limit the total current and instead leverage the internal resistance of the coin cell batteries to limit the current. Your 5V adapter very likely has a much lower internal source resistance than the battery and so the current allowed to flow in the LED string is much greater. Greater to the extent that it exceeds the current limit rating of your AC to DC adapter. When an adapter (if it is a safe and decent design) goes into current limit it will typically shut down it's output section and the output voltage will fall. Eventually the voltage will get too low that the LED string cannot even light. This makes the current fall to a very low level and thus the adapter is able to recover. This process repeats in a cycle and causes the flashing. To fix this you would have to add a series resistor to limit the current to the LED string.

It may be necessary to measure the total current consumed by the LED string when connected to the battery in order to determine the size (ohms) of resistor to use.

I just want to clear up one misconception here. Item 4: "I realized that I didn't have to worry about the current rating of the power supply, so long as it was enough. The current is pulled as needed by the LED lights up to as much as it needs."

This is not how LEDs work at all. They don't pull "as much as they need". They are effectively a near-short-circuit across the power supply and they will draw all the current that the supply can deliver (which usually means that the LED burns out immediately). To prevent this, there has to be a series resistance in there somewhere to limit the current going to the LEDs, probably inside that black plastic "mystery" box I see in-line in your final photo.

I'm not trying to "lecture". I just want anyone who stumbles across this to realize that you can't generally just hook a power supply up to a bunch of LEDs and expect it to work without some form of current limiting (just an appropriately sized resistor in series with the LEDs).

4
Why do my LED lights flash on cold start?
1
Running a series of LED lights I have questions on 12 v power
1
Control 12V LED circuit and 120V power supply from one switch
0
How to connect LED tape strips in separate locations to one power source?
0
Low-voltage LED Light string flickers when turned on, flickers go away after 2 mins
1
LED lights occasional quick flicker
0
How Much Power Do LED Drivers Draw When Not Loaded?
1
Powering LED strip lights at two different brightness