Subpanel has neutral and ground bonded in detached structure - should I isolate?

I have a detached garage built in 1979 with a Cutler Hammer subpanel with a 3-wire 8AWG feeder (hot/hot/neutral) on 40A breaker from the main house panel. Subpanel has a dedicated ground rod installed.

The neutral is tied to the ground. Shouldn't this be separate for a subpanel?

I think I need to install a second block to isolate the feeder neutral and building neutral. Does that sound right? 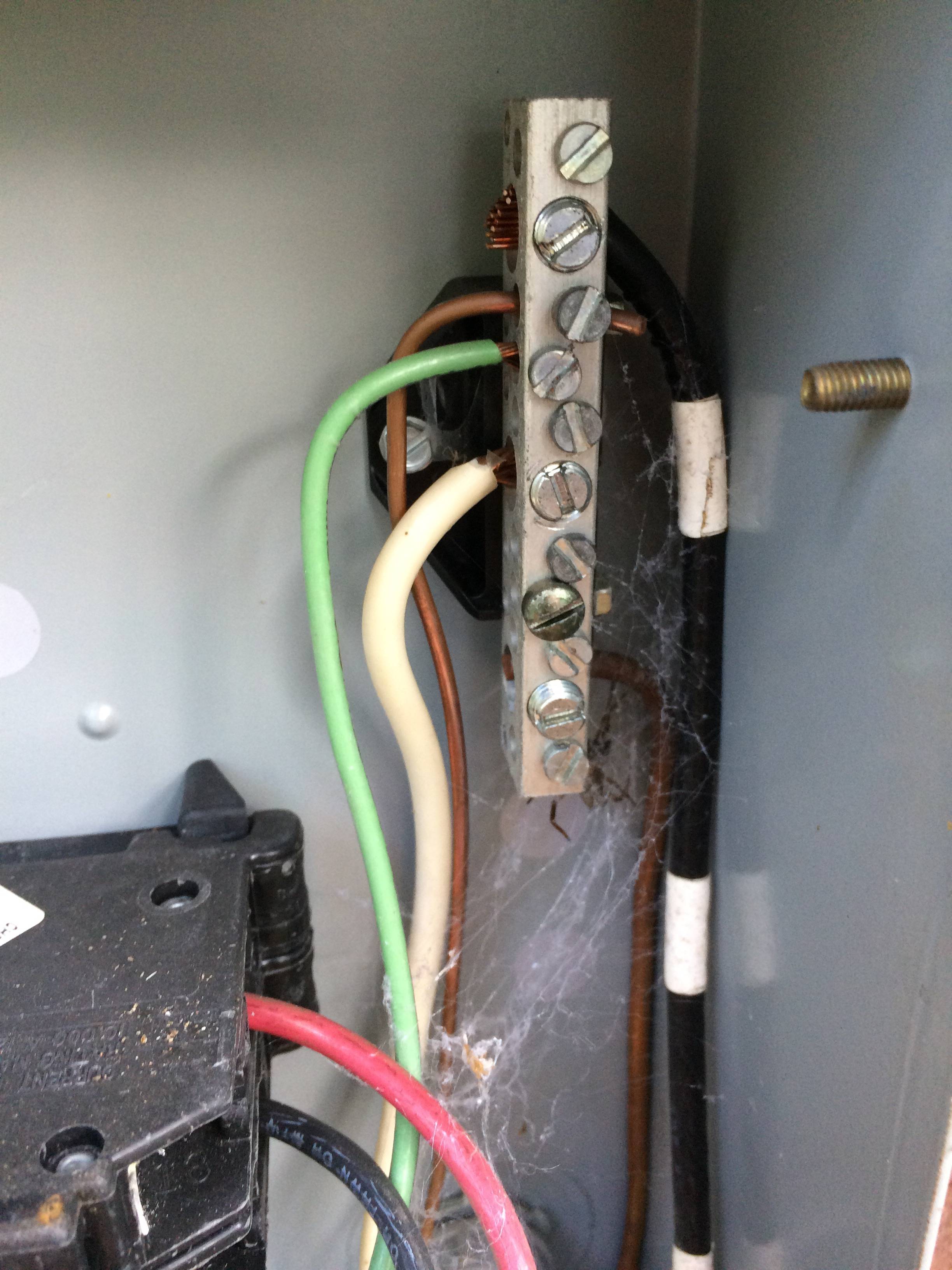 This is grandfathered in

The NEC, up until reasonably recently, did not require an equipment grounding conductor in a feeder to an outbuilding, treating it by analogy to a service, where the fault path is through the neutral. This is problematic from a shock risk perspective if the feeder neutral opens, though, which is why the Code was recently changed to require all feeders to carry an equipment grounding conductor with them.

As you are dealing with an existing install though, the NEC explicitly grandfathers the three-wire feeder to an outbuilding in via 250.32(B)(1) Exception 1:

Exception No.1: For installations made in compliance with previous editions of this Code that permitted such connection, the grounded conductor run with the supply to the building or structure shall be permitted to serve as the ground-fault return path if all of the following requirements continue to be met:

(1) An equipment grounding conductor is not run with the supply to the building or structure.

(2) There are no continuous metallic paths bonded to the grounding system in each building or structure involved.

(3) Ground-fault protection of equipment has not been installed on the supply side of the feeder(s).

Changing it would be a good idea, but...

The 2014 NEC introduced a provision in 250.130(C) that allowed branch circuits to be grounded by tapping off of other EGCs. This is handy for branch circuit retrofits, but sadly, does not apply to feeders; nor can you run the ground wire separately, as it reverts to 250.32(B)(1)'s verbiage which prohibits that.

This leaves you with three options. The cheapest and simplest one is to install a GFCI breaker in-line with the feeder at the garage end. This can get tricky though, as many small subpanels rely on a backfed main breaker, and you cannot backfeed GFCI breakers -- you'll fry the GFCI's trip solenoid if you try it. Your best bet is to mount a unit mount/cable-in cable-out GFCI breaker in a single-breaker disconnect box and wire it up so that the feeder comes into LINE, and a short 4-wire feeder jumper connects LOAD on the breaker to the subpanel's main lugs.

You'll also need to unbond the subpanel, install a ground bar in it, and move the GEC over to be commoned with the LINE-side neutral of the GFCI via the disconnect box's neutral bar, which serves as the neutral/ground bond for the garage.

Making this a real service

An alternative is to snag a dry-type distribution transformer (5 kVA is a common size for this type of application, but might be slightly small for your 40A feeder) and install it at the outbuilding, creating a separately derived system. The primary needs to be jumpered for 240V and connected to the feeder hots with the feeder neutral capped off as it's useless now, while the secondary is jumpered for 240V as well and feeds the existing garage panel, which is now a main panel from the Code's point of view.

While this sounds costly, transformers sometimes turn up used for reasonable prices -- they are fairly heavy critters though, so it's probably best to check Craigslist to see if one is coming out of a building demolition/remodel job or something like that in your area.

Of course, you can simply re-run the feeder as well, which will let you incorporate an equipment grounding conductor -- this is practical for a short feeder like yours, but can get costly for long feeders.

That ground rod for the garage is called a grounding electrode system. It's not enough.

The garage is not grounded, unless it is

First look to see if you have all-metal conduit coming over from the house to the garage's panel or grounding electrode system. If it is Rigid type conduit, you're all set. Other types can be fairly marginal as corrosion has ways of eating them. If you do not have all-metal conduit you are confident in, then your garage is not grounded.

Why is the grounding electrode system not sufficient? Because copper mines exist. If dirt conducted electricity all that well, they would just make wires out of dirt. Way cheaper than copper.

Electricity flows in loops. One loop is from the earth to the clouds back to earth (as lightning). The other loop is from your power company, to "hot", to your tools, to neutral (or ground in case of a fault), back to the power company.

Your grounding electrode will take care of the lightning. But for man-made electricity, the dirt will be unable to return meaningful amounts of ground-fault current to the service panel. Without that return path, a ground fault will "light up" everything that is supposed to be grounded. Yowch!

Your best bet is to treat it like ungrounded service, and fit ground-fault detectors on every load, or as a master on the subpanel. Like this European is doing.

I would separate neutral from ground in the panel, otherwise a neutral wire break will be lethal to you, again lighting up everything that is supposed to be grounded.

At this point your grounding system will be good for lightning and ESD protection but pretty worthless for shock/ground fault suppression. That's what the GFCI's are for.