How to remove this brass collar from the pipe

The bathtub faucet is leaking at the diverter so the water can't be directed to the shower head. I bought a universal replacement (different brand) and attempted to remove the old one (it was a Delta MAINTSP831CH). After finally removing the small hex screw at the underside of the brass collar, I can't get the collar off the pipe. I applied some lubricant and tried pulling it off, but it wouldn't come off. I then pushed the collar further in to see if there's anything blocking it, only to discover a notch on the pipe which is probably preventing the collar from coming off.

I've replace a few faucets/spout before and even after reviewing the instructions for Delta faucet and the universal one, none mentioned the case with this notched pipe; All the pipes I've encountered are straight and smooth. Has anyone seen this before? Could anyone offer insight into why this pipe is notched and how to get the brass collar off? 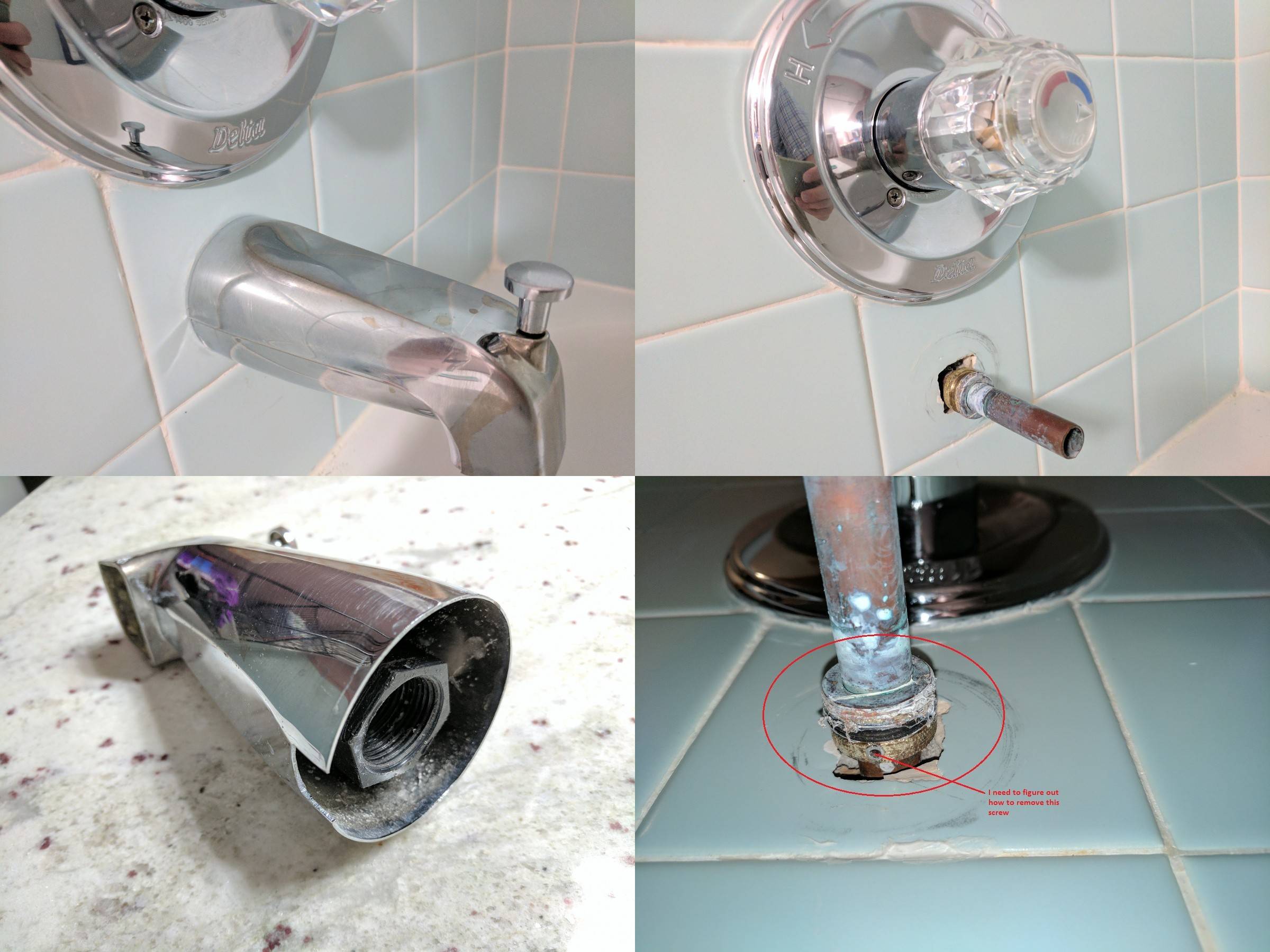 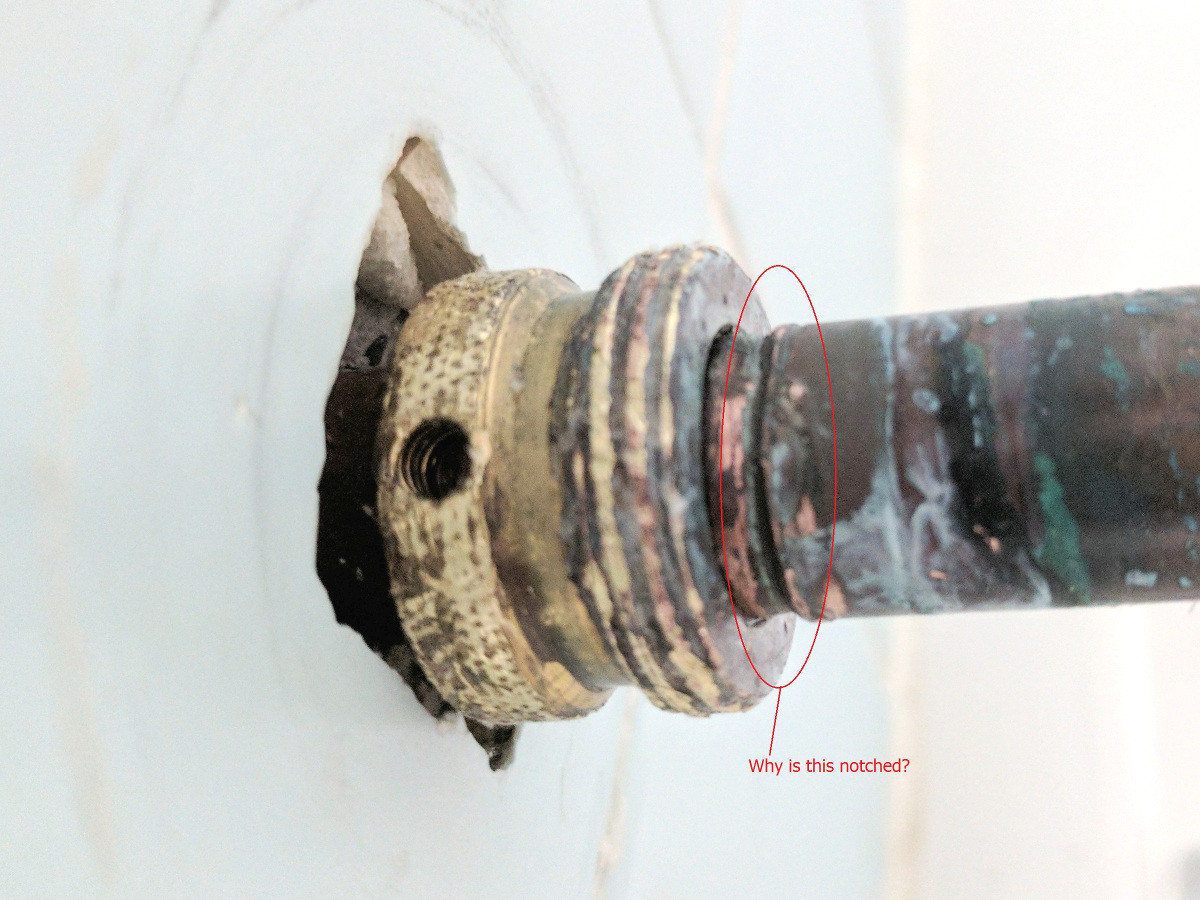 Heat the brass collar with a propane torch. Insulate the tile and block the wall opening with heat proof material. Then twist (gently) while hot.

What happens if you loosen that Allen screw? It could be that the Allen screw was designed to engage the groove and so lock the tube in place.

Alternatively, perhaps the groove in the tube was designed to receive an O-ring.

Not the answer you're looking for? Browse other questions tagged faucet bathtub or ask your own question.

1
Bathtub/showerhead leak, short water pipe
5
How to remove the handles from this faucet
1
New bathtub diverter spout drains back into wall
0
How to remove this bathroom faucet
0
Removing mini wideset handles without set screws or mounting nuts
0
How to remove caps on circular faucet handles?
1
how to fix a 1/4 inch gap between the tub spout and the wall
0
flow diverter for a nonstandard tub installation