My title pretty much asks the question, but for slightly more detail: I am prepping to put in some 3/4" hardwood flooring on the upstairs (2nd floor) of my 1970s house. My subfloor has had only carpet on it for the life of the house (I'm pretty sure) and is in pretty good shape. However, there are a few plywood butt joints that are not flush with each other - they are off by as much as 1/8" (see photo. yes, that's a Lego to show scale - it was sitting nearby). 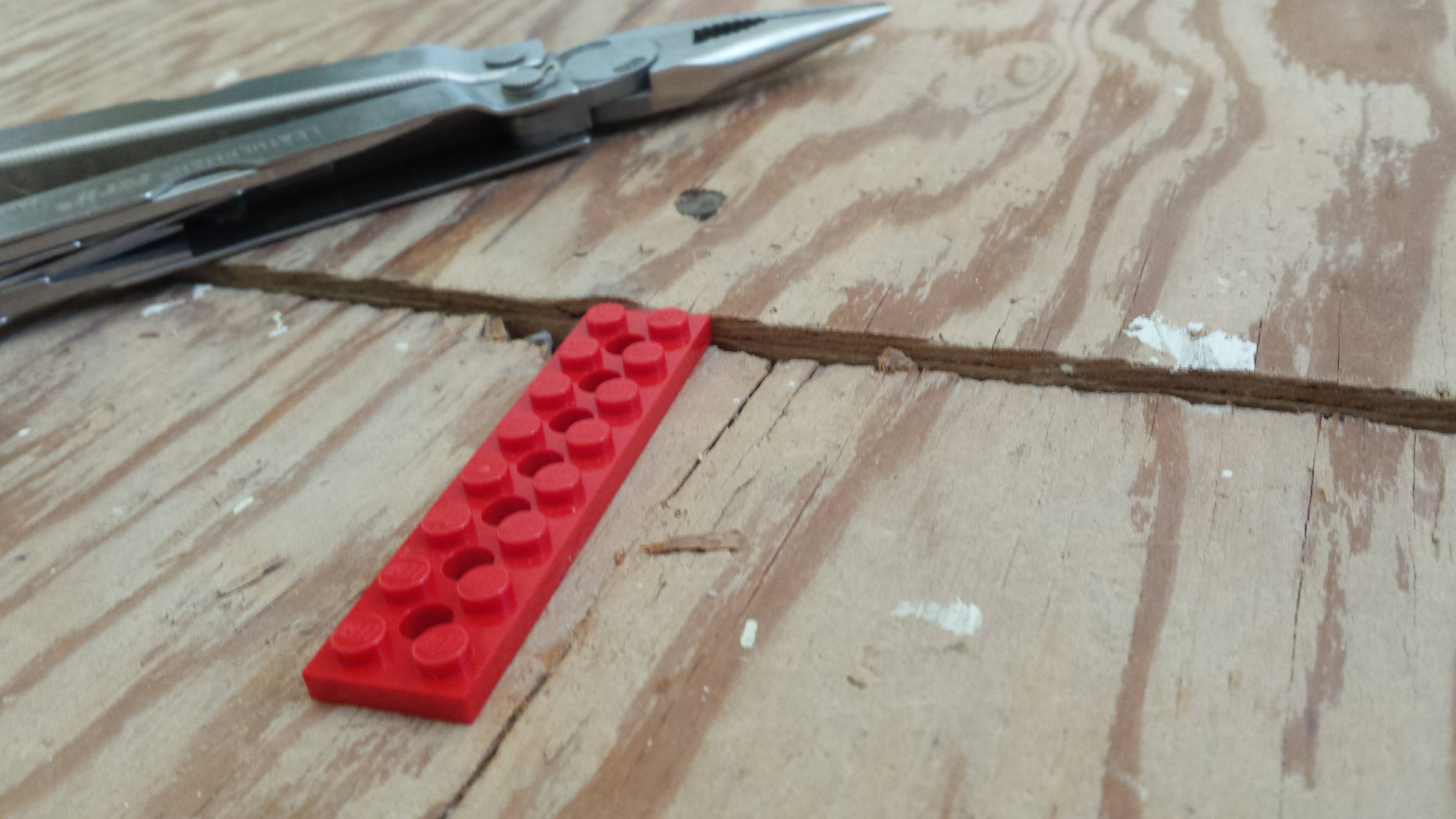 here's a more zoomed out photo 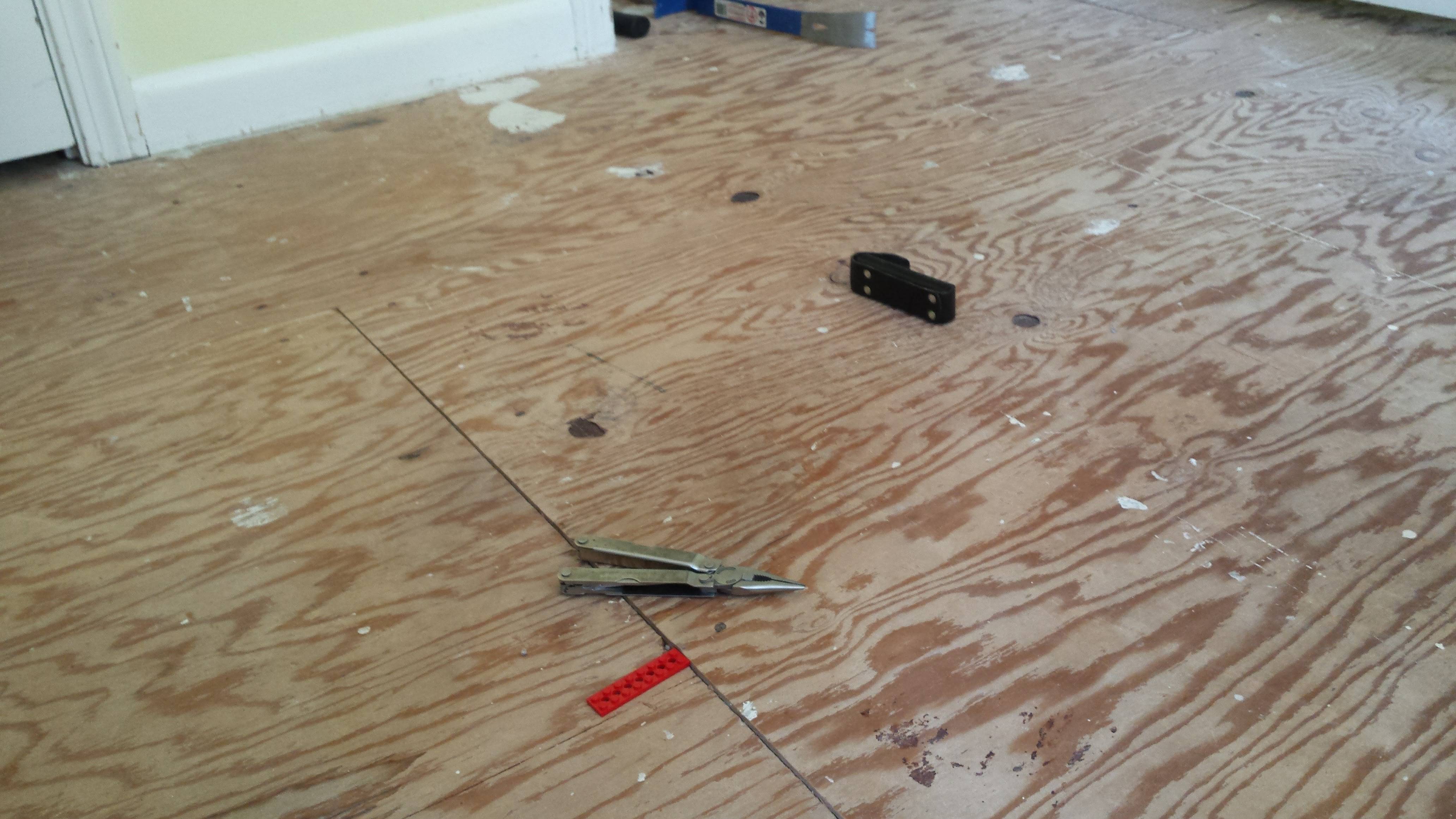 I'm wondering how best to fix the problem - I'm no expert, but even I can tell that hardwood flooring will not sit nicely across that 1/8" height difference.

The plywood is nailed down, not screwed, and one idea is to put some screws in and see if that tightens it up. I thought I'd ask the collective wisdom on here before doing that.

Another interesting and possibly salient detail is that the plywood subfloor is nailed only every 4' which I am pretty sure is because there are not typically-spaced floor joists but instead are larger beams spaced every 4'. Evidently, these beams used to be exposed to downstairs but were drywalled over before we moved in to create a ceiling. So I'm also pretty sure that there is more than just a single layer of plywood in the subfloor - I don't know what's underneath it, but it's perfectly solid in the middle between the beams. 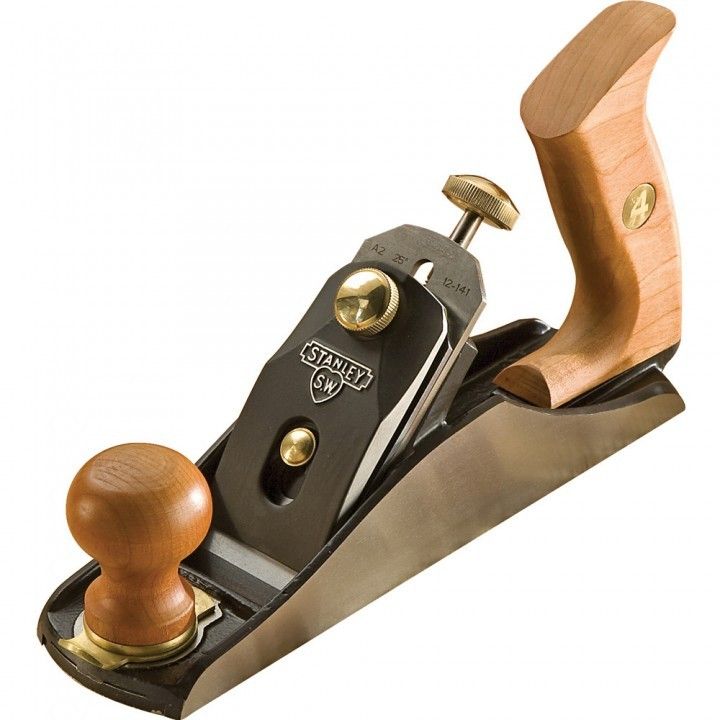 I installed vinyl plank throughout my first floor; 1200 square feet. The rooms I did before thinking about this show every little bump or seam. Most people don't see the defects, but I sure do. They drive me nuts. I wish I thought of this sooner.

Make sure the blade is set to take tiny ribbons of wood and is real sharp. It will go through the wood like butter. Makes quick work and you can get that area completely smooth.

I would use latex modified concrete leveler or tile thinset.

Get a long straight board or piece of angle steel to use for a screed.

You may also want to apply a bonding agent to the sub-flooring to keep the leveler or thinset from separating from the sub-floor.

Not the answer you're looking for? Browse other questions tagged hardwood-floor subfloor leveling or ask your own question.

5
Is it OK to put hardwood flooring over 3/4" particle board that's over 1/2" wood subfloor?
3
Proper Orientation for Plywood Subfloor under 3/4" Hardwood
2
How to flatten a plywood subfloor for tile?
2
Hardwood Flooring Direction on Older Subfloor
1
Plywood underlayment over plywood subfloor - how to secure
2
Installing plywood over 1x6 subfloor in preparation for engineered hardwood
0
Do I need to level subfloor with a 1/8" step before installing hardwood flooring?
0
Installing 3/4" plywood underlayment over 1/2" subfloor