Why does my ceiling fan run slowly?

I am replacing a ceiling fan where the old fan had 2 wall switches (one for fan and one for the light) I read a previous post related to this question, but does not apply to my situation. The wires in the ceiling box are the same (black, white, green, and red) but no blue. The new fan (with remote and light)) has only black, white, and green wires. When connecting the new fan wires to the same color wires in the box, the new fan runs at a very slow speed , but does not respond to the remote, other than on and off. Anyone know what the problem is? Oh, and the white wire from the box comes off of two white wires, one of which was hot, even when both wall switches were off. I believe it came from a common white connected to another ceiling light in the next room. When I disconnected the joint 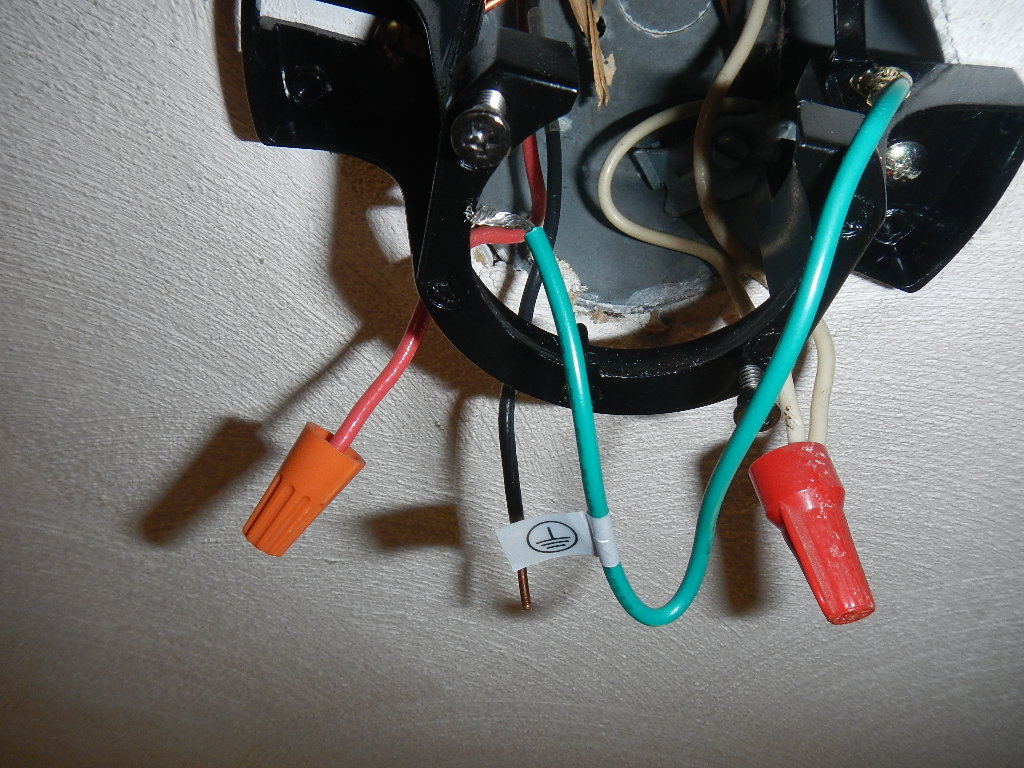 If it was wired correctly the house wiring would be: Green: Ground. White: Neutral. Black: Switched hot from fan switch for fan. Red: Switched hot from light switch for light. You would connect to green, white and one of either black or red to the new fan. The fan may have it's own pull chain speed switch which could be left on a lower speed. If you place AC voltmeter leads between the white and green wires you should get very low voltage, say 0-2 volts. Do NOT disconnect the grouped white wires with the power on or you may burn up something they feed. (Long story)