Mold in utility closet - how bad does it look? [closed]

I'm a buyer looking to soon close on a highrise condo, built in 2005.

I did an home inspection today and the inspector reported that the water heater doesn't work & leaking, and there's a mold around the heater in the utility closet.

Looking for a second opinion here for how bad the damage look and if it's required for me to get a professional to clean it up. Can't really tell how serious it is based on the inspector responses.

Is mold around water heaters is a common issue and not that serious? 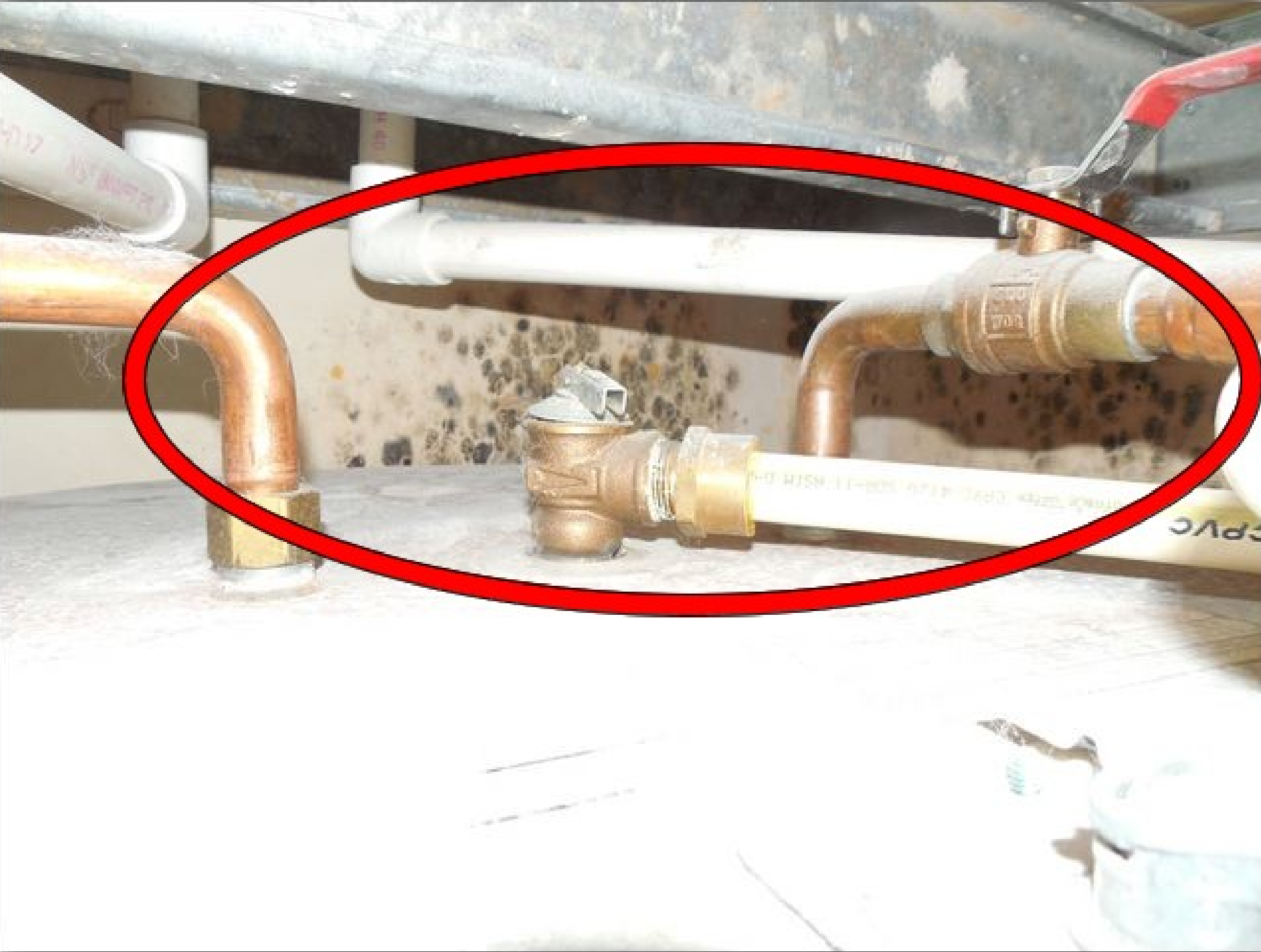 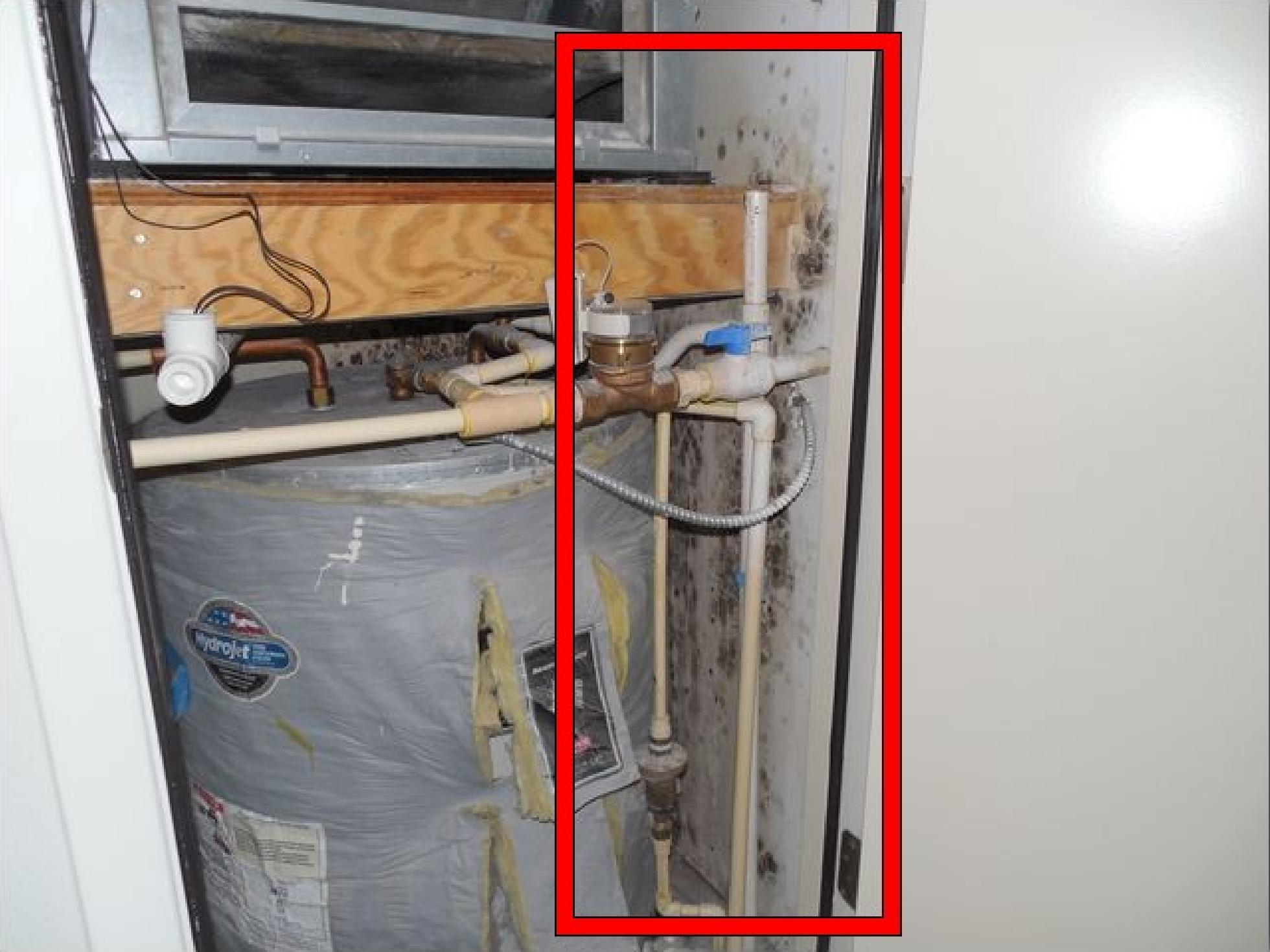 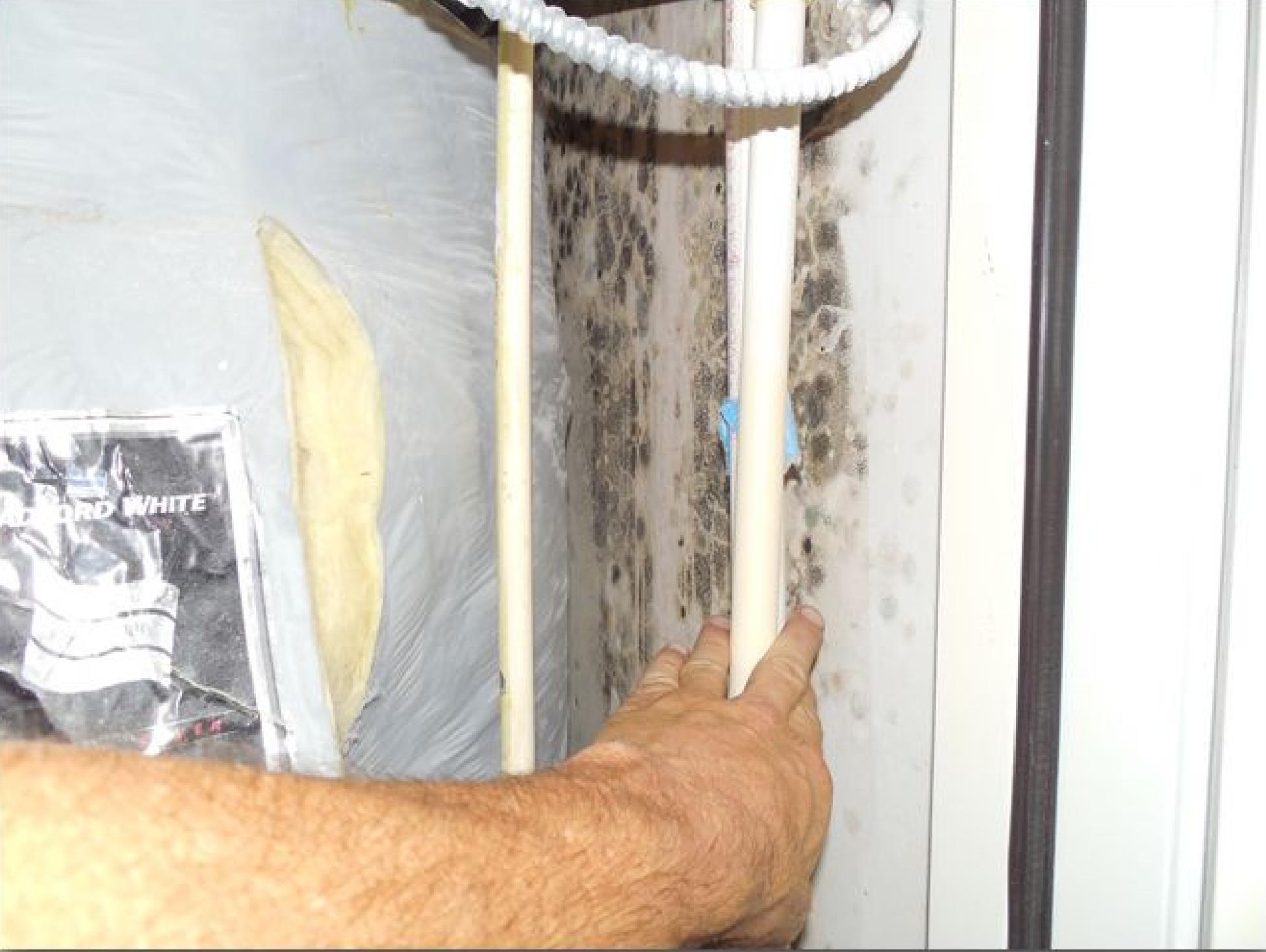 From the photos the mold really is not that bad and there are several house hold chemicals that can kill it. Every one usually knows about bleach diluted with water. Another is hydrogen peroxide. There are products that can be purchased and sprayed on like mold be gone. I would spray it with one of the above solutions prior to removing the water heater and once it is out really clean it well.

This is not a great look, to be quite honest. You have mold all up one side and I suspect the back behind the heater too. This tells me that moisture was present for quite some time. So either the heater was leaking for a long time, or something is still producing moisture that cannot escape the space. If it is the former, are you quite sure that your floor under the heater is safe and not rotted? Is there a subtle leak still going on? Look at it this way. Mold is a symptom of trapped moisture. Unless you are absolutely, 100% certain that the cause has been remedied, once you sign that contract, it becomes your problem forever.

You asked "how bad does this look". Unfortunately, it's not really possible for anyone to answer that question with certainty by looking at these photos. My first concern is that there may be a lot more mold than what you're showing in this picture. I would want to see what's behind the drywall. Cutting a few holes and taking look with an inspection mirror and a flashlight and will give you an initial look. I would also take special notice of the floorboards and whether there's any appearance of previous water damage there. Be sure to inspect at least two or 3 feet beyond the area visibly affected with mold. Once you are sure that you have identified the full scope of the problem, then you can decide how bad it is. If the full extent of the problem is evident in these photos, then the cleanup process here is reasonably minor and cheap if you were to do for your self. There are plenty of products on the market that can eradicate this mold and of course replacing the drywall is also a fairly small job and by far the most certain.

You really shouldn't be dealing with this yourself though. This amount of mold warrants having a certified contractor come to advise and treat as needed. If you do decide to do it yourself, keep in mind the use of appropriate precautions such as a respirator and other contact barriers.

My final words of advice are this. Mold is serious stuff, but it's not uncommon at all. If it were me, I certainly wouldn't walk away from a home that I wanted because of what you're showing in this picture. Just make sure you do your due diligence.

This is actually scary to me for a few reasons. Recently lost everything to mold, everyone, including baby got sick, and CSAA (AAA) is trying hard to deny me. Looking for lawyer now...

Is that a vent I see in one of the pictures?

There are about 200 species of Mold (a type of fungus) that are known to adversely affect humans. Of these there are 3 principle types of resilience. 1-the "weakest") Those susceptible to vinegar; 2) those susceptible to hydrogen peroxide; 3-the "strongest) those really only susceptible to ammonia (and UV radiation). Bleach doesn't usually do a lot to kill the various and potentially dangerous parts of mold, but it might make it look less gross, which are: spores, spore fragments, and mycotoxins (the chemicals those ~200 species release to fight for real estate against bacteria and/or other mold species). Even if hydrogen peroxide kills the spores, it might not kill the body ("hyphae"), or vice versa, and it's almost guaranteed NOT to break down the mycotoxins.

Mold can cause any number of symptoms from death, to mild itching or any "allergy" type symptom. Or even nothing noticeable or negligibly attributable. Some people don't sneeze from dust/pollen except if they put a dust bunny in a nasal passage or take a run on the highest pollen count day of the year. It depends on so many factors. You're allergic to cats, but your partner isn't, as a fictional example. So one of you might have horrible mood swings from mold, while the other is unaffected. It's been known to cause cancer, and just about every possible symptom in the book (seriously). It's an understudied and complex issue that is being given more and more attention (probably as a result of increased susceptibility as we assault our bodies and immune systems with modern living that increases our general toxin load among other things).

A mold testing/remediation company will NOT be able to tell you if YOU are susceptible to a particular amount or species of mold. Nor will a DNA test of a sample (what we did), necessarily, but it will likely be more comprehensive than the typical residential/remediation outfits. Nor will a doctor necessarily, unless it is one of the most notorious (and there is an inversion about which is more deadly in mainstream media) species probably, unless you see a mold expert (I'm not sure where they're hiding, a couple passionate ones have websites, but you're statistically unlikely to live near them). Also, the concentration can be hard to pin down. There are several testing, including mail-in blood/urine testing companies out there, but most of them test to see if it's in your system (post exposure). Some do a DNA test based on a swab/wipe or vacuum trap, like we did, of which there are commonly two levels, but numerous available, one that tests for 35~ or so of the more common household mold species, and one that tests for the most common 6-11, I forget exactly how many on the low end. We did the 35 (I think it's called the ERMI). There are also Industrial Hygienists. They will usually be more for the consult/testing than a test/remediation outfit (remember conflict of interest, you might want a "test only" outfit, then a remediation outfit to come in separately), and better equipped, but also more expensive.

You might also want to discuss this with your potential insurance company. A) What's their coverage/exclusion on mold and its --causes-- (super important), etc., and B) what's the policy if they/you already know it's there when you move in (i.e. these pictures). Look at "loss of use" as well as property coverage.

I'm not trying to scare -you-, I'm giving you a first hand and different perspective on this. There's such a huge amount of information about this, but it requires a great deal of digging, because most of it says stuff like "bleach it", which indeed might make things look pretty but not take care of the problem long term. Yes, you can even use tea-tree oil sometimes, but it will fuse the mold onto the surface and the stain will be permanent. Ammonia is absolutely horrible to work with, (I dipped/wiped/sunned the most precious and those few items possible to do this with in order to save, and it was really dangerous, and can kill people as well, and they do not document safe handling procedures for this that I found easily, if you're going to do this yourself, get a "full face mask" (+ cartridges) that seals in your eyes with your mouth, if you just use protective goggles and a breather with ammonia cartridges it can curl up the vents and burn your eyes, it actually melts the tissue, not fun), on the other hand, but it's the best, along with UV light (like a lamp or light wand, some people use these for killing dust mites and related matter for allergies, some use it for bacteria + mold). IDK if tea tree oil will destroy all the parts of mold, like ammonia, but I doubt it. I think mycotoxins can go down to as small as 30 nanometers in size if I remember correctly, so most air purifiers probably won't work. On the other hand, this is -just- the heater room, right? If that -is- a vent, there's a risk spores are littered throughout the house. They like humidity, as you can see, so who says in the winter, like it was with us, there won't be a huge bloom and everyone won't start coming down harder with symptoms that prompt an investigation (like what happened with us).

I'm sick and tired. I posted this instead of my own urgent question, and now must sleep. I wanted you to have a little more accurate information however, as this is a major purchase, the biggest the luckiest of us will ever have in our lives. I hope to one day be in a position like yours financially, but in this market it's hard. Please think carefully and do a little more research about this, and think about the safety of you and your family(?), and get some kinds of testing done at least, and then spend more hours looking into the species that are found / consulting with pros. Remember, there may be more species cohabiting that area that will not show up on an "air test" or "dish growth test", that, while far less numerous, end up being more hazardous (i.e. cocaine vs. alcohol). The testing/remediation outfits are generally using the most primitive type of test is what I'm saying.

Goodluck. Sorry I don't have the energy to collate all my sources for you right now. But a good starting point, a site with links to lots of other resources is http://survivingtoxicmold.com/. I consulted many others in my ongoing quest as well, that has now mutated into a multi-pronged battle to keep my child from suffering from formaldehyde (nearly impossible in today's (ikea / flame retardant) world) exposure since he is so sensitized now, and hurt from a formaldehyde containing vaccine (that ingredient is publicly available information, so I don't think it's controversial).

Take everything about mold with a grain of salt. There's nothing better than empirical evidence at this point unfortunately. I wish you health and happiness.

Not the answer you're looking for? Browse other questions tagged water-heater mold or ask your own question.