How do I introduce slope on a rooftop deck?

I recently purchased a 1937 house with two decks on the upper floor. One of the decks has a draining issue. While hosing it off, I noticed that a small puddle accumulates near the middle of the deck. The puddle left over is very shallow (maybe on the order of 3mm or so), but I don't like the idea of any standing water above a living space. I'm not sure the material that was used for the deck; it is white and has a rubbery feel to it.

So I trying to figure out how to get a bit of slope, or at least figure how to ensure that there isn't any water damage in the future. I seem to remember hearing about some kind of foam that could be used to build slope and seal the deck, but I can't find details.

What material should I use to introduce slope to the deck? What should I use/do to ensure that it doesn't leak if a slope isn't possible?

I've added a couple of pictures, but I'm not sure how helpful they will be to know what the surface is. The carpet was in the middle of the deck, and probably helps keep the water from pooling in one place. I'd still like to know how to maintain a deck like this, as water leaks are the last thing I need. 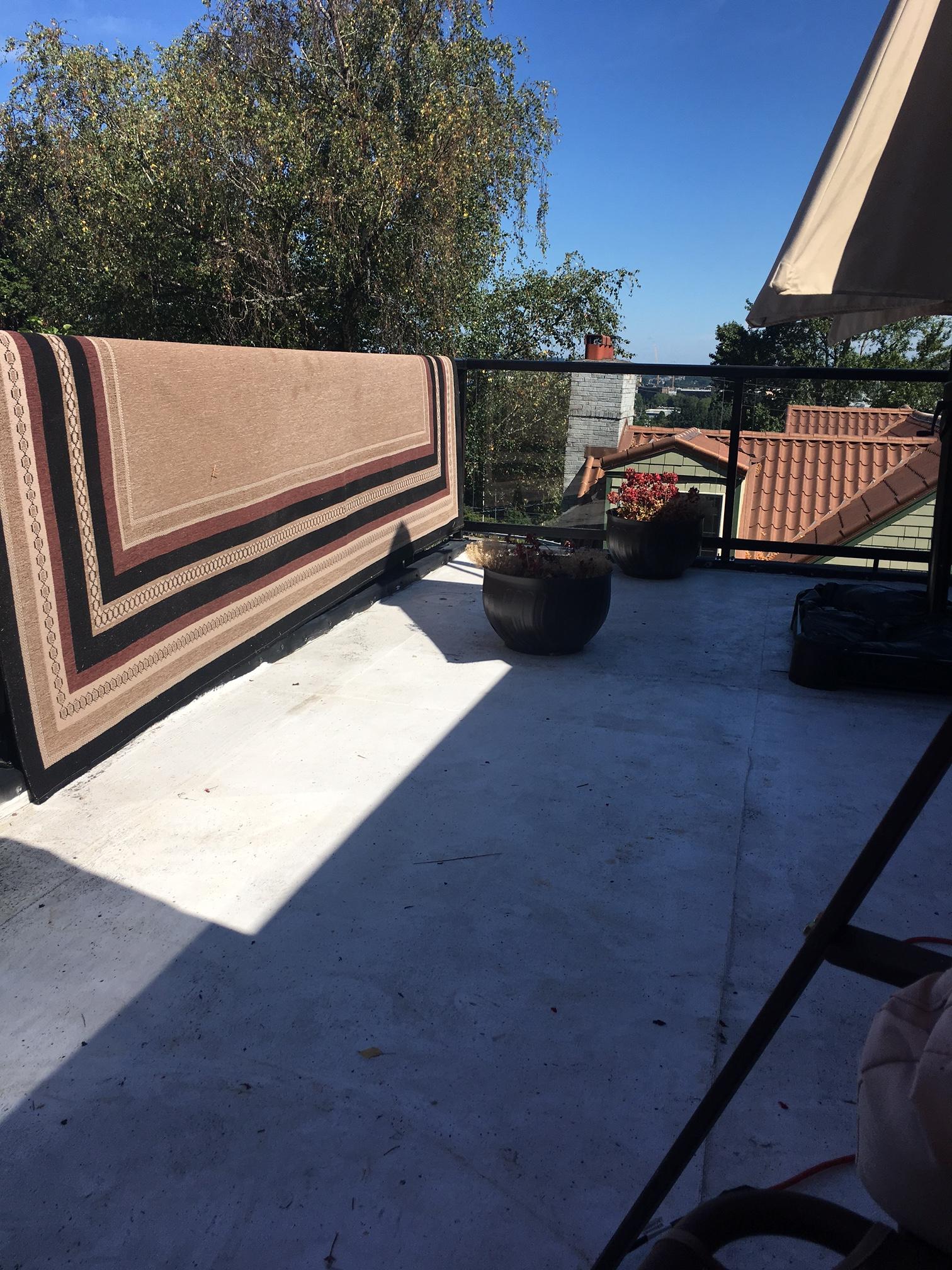 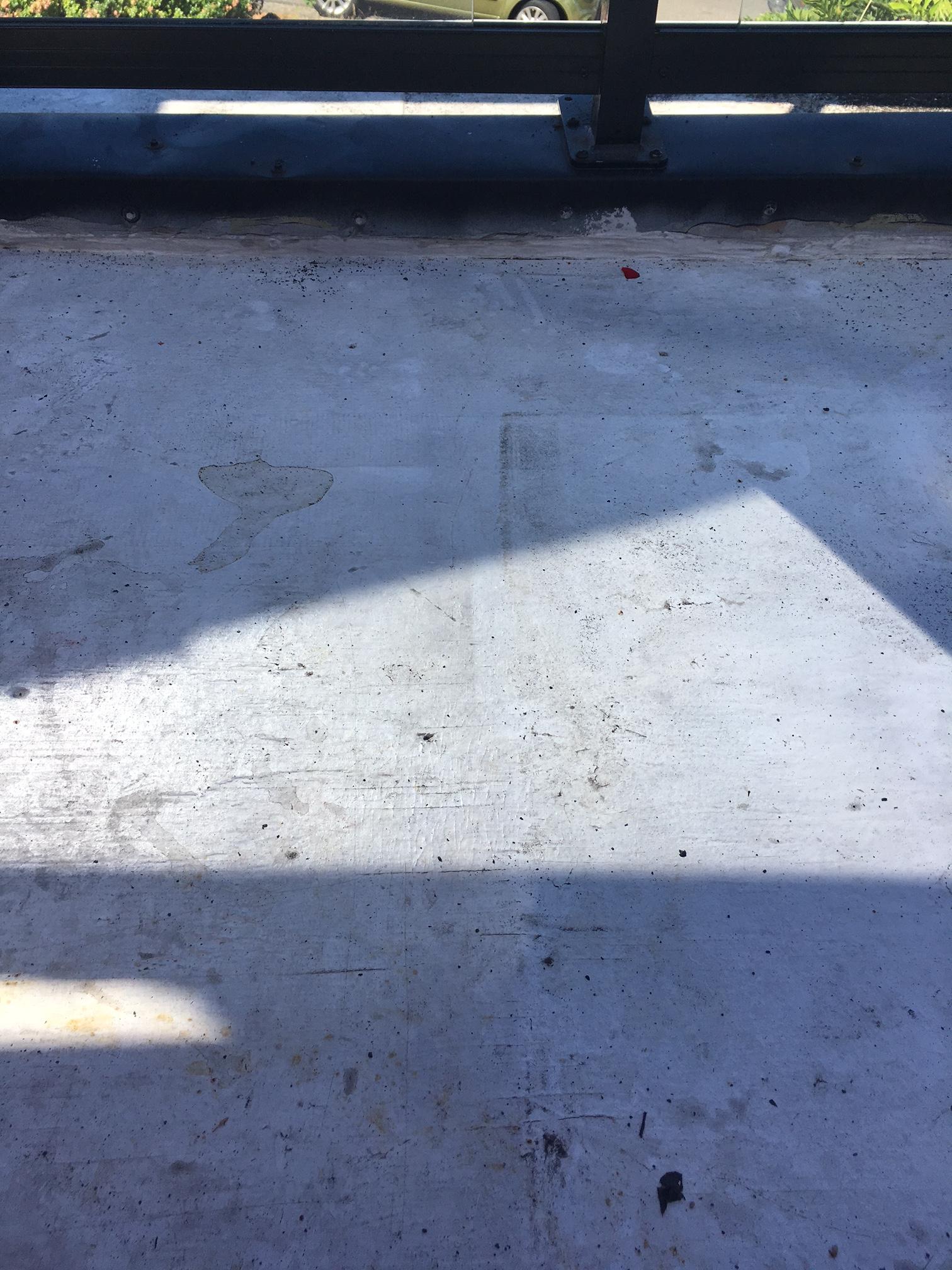 You need to know exactly what the surface of the deck is, and probably what the structure under looks like. Otherwise, you'll probably only make the problem worse.

But without that info, 3 mm is not much. You didn't mention the other 2 dimensions, but a few minutes of sunshine will probably dry that up. I probably wouldn't do anything at all.

Not the answer you're looking for? Browse other questions tagged roof deck waterproofing or ask your own question.

4
How do I fix a vinyl covering that is coming away from the outside deck support beam?
0
How do I correct free-standing deck moving away from home?
3
Under Deck Ceiling Using Barn Steel Roofing Panels
1
Understanding deck spans for beams.
3
Add slope to existing flat porch/balcony
1
Inner deck guardrail posts and deck framing connectors
0
Concrete Deck Falling Apart from Bottom
3
Material on this deck - what, why, and how to cover?
0
Care and maintenance of deck in the garden
0
How much can I plane/cut off of a deck joist / rim joist