I just removed two bathroom vanity lights to replace them and discovered that there was no junction box behind either. One light was mounted over a stud and the other was right next the a stud.

At first I thought I could use old work pancake boxes, but the problem is that in both cases, the in-wall wiring runs directly over the stud. So there's not really room to even fit a pancake box in there. I could move the entire fixture to the left or right, but then my fixture is off center and I'll have a hole to patch where it used to be mounted which might not even be possible since the romex runs over the stud where drywall would need to go.

Any ideas on how to proceed?

(Also curious why the romex would even be run like this instead of through the studs? It is an exterior 2x6 wall, FWIW). 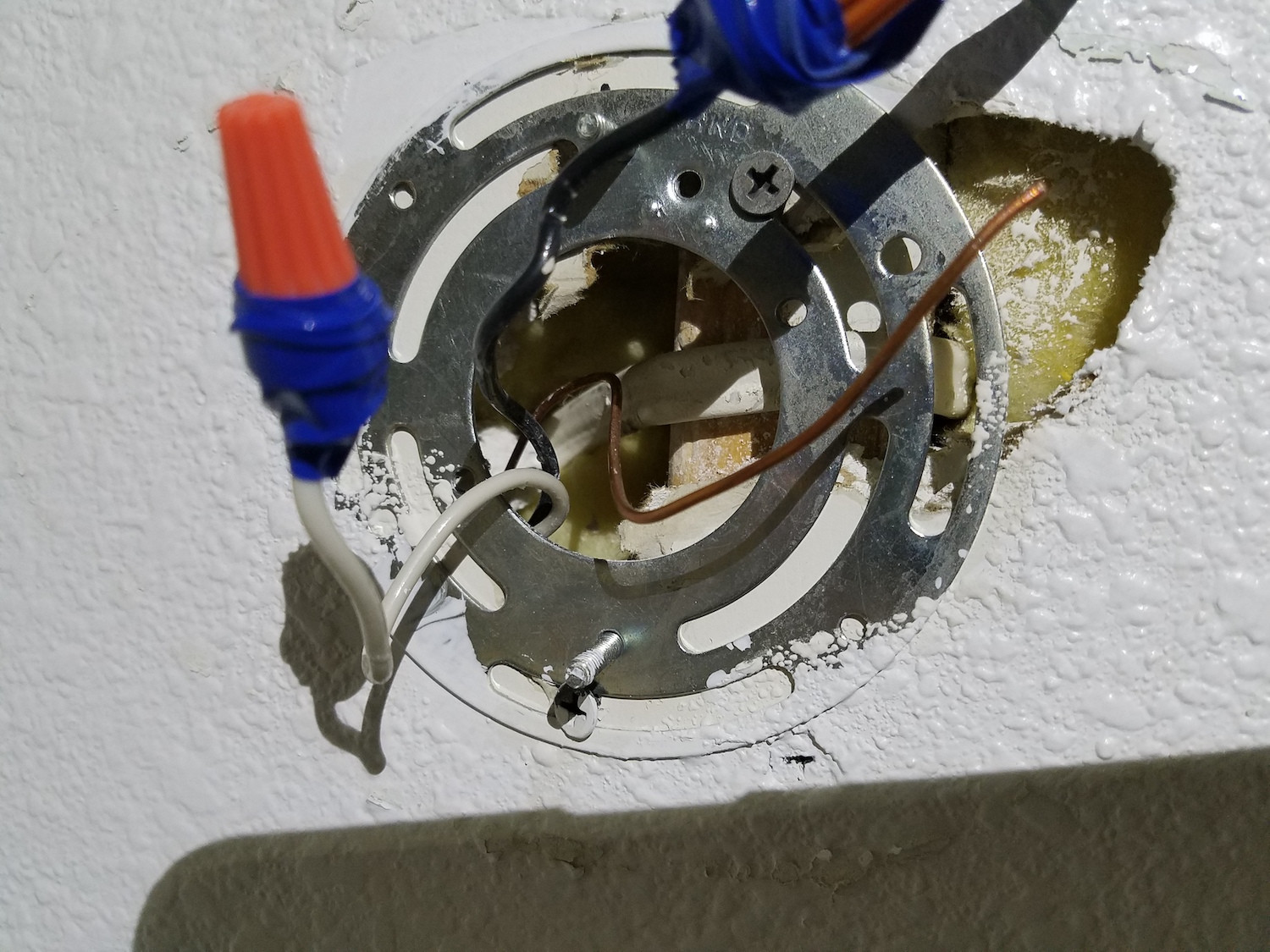 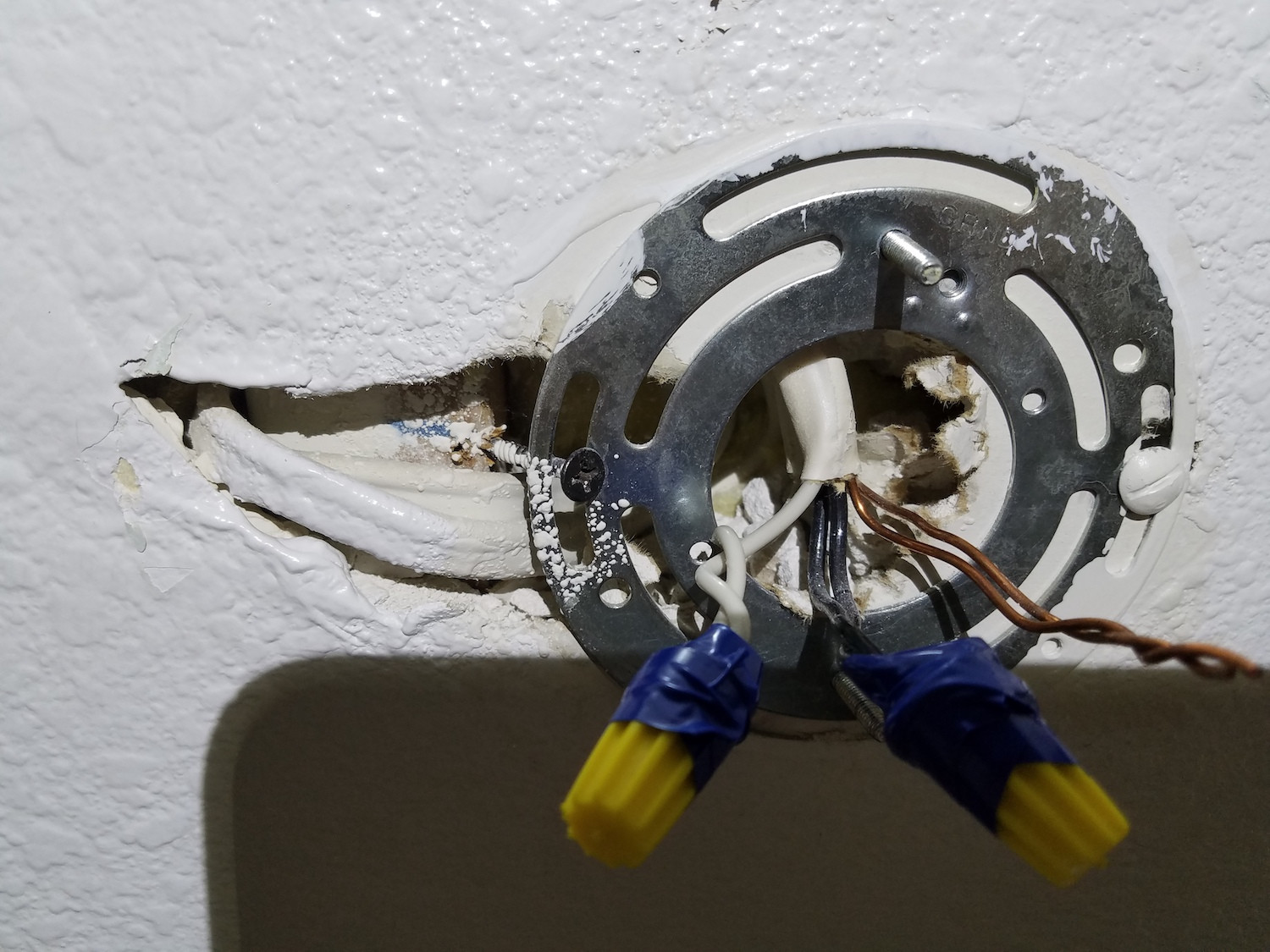 Someone cheated pretty bad here. They probably busted the hole in the wall, fished the line, and then it looks like they used the ring for mounting the fixture to the box to just drywall screw it into the wall.

Not code. Not safe. Not smart. 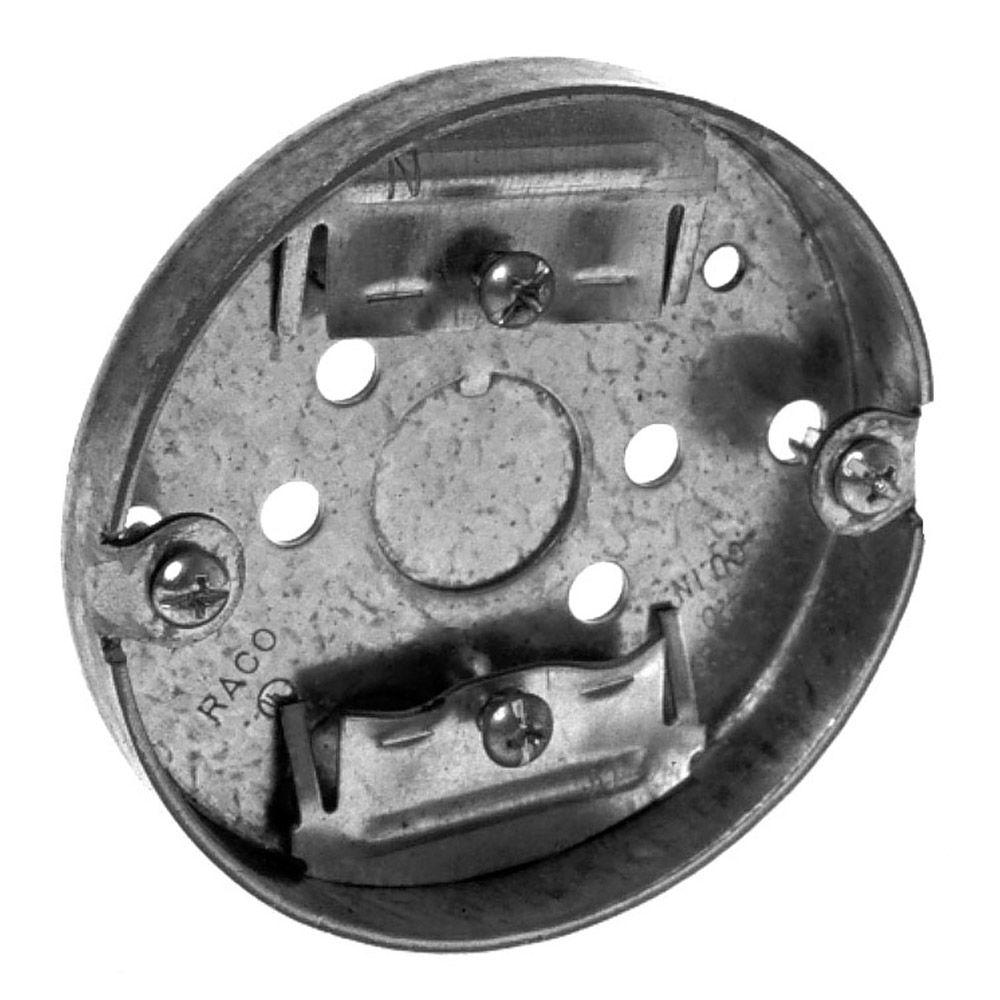 Note that this one has clamps built in, but you can buy them with 1/2" knockouts as well (just use a NM clamp with those). You can then mount the ring to it and then put the fixture back up. Thankfully it's a cheap fix (I bet the box costs no more than $2)

What I'd do in this (admittedly awkward) scenario is use a surface mounted pancake box screwed to the stud through the drywall and feed the cable into that through a cableclamp and back-of-box KO, then mount the fixture to the pancake box. It'll stick out slightly, but it beats sparky splices lighting your studs up!

Not the answer you're looking for? Browse other questions tagged electrical wiring junction-box or ask your own question.