Is black residue on wiring cause for concern?

While running coax cable in our newly-purchased house, I removed a receptacle and box (which was not attached to or supported by anything but paint and drywall mud, but that's a story for another day). The cable coming in was wrapped around some insulation and the portions of it touching the insulation were covered with this black residue. 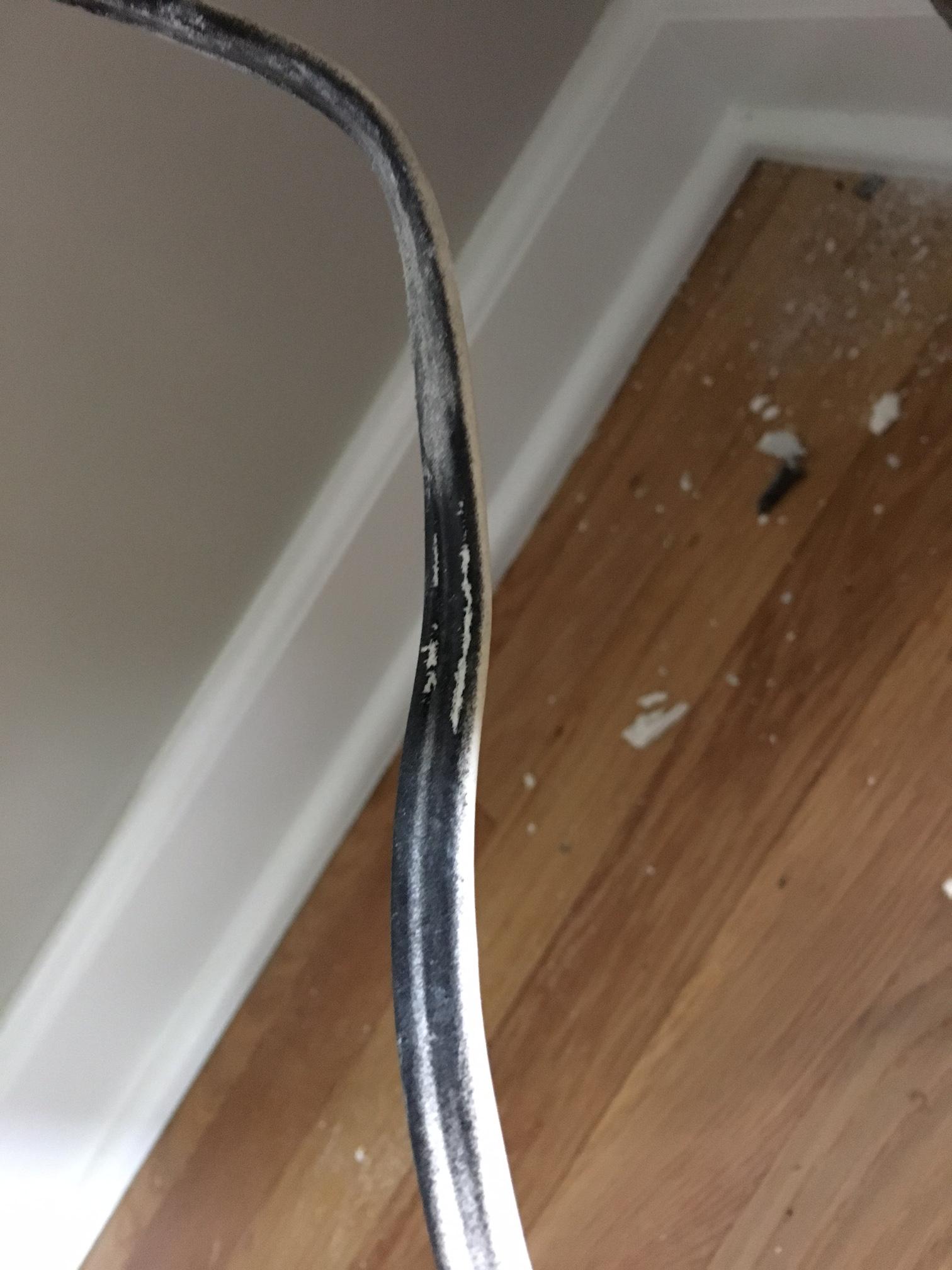 I have read elsewhere that this can be caused by tar from old insulation, but the insulation in this case does not appear to be particularly old, and the insulation itself doesn't seem to have any discoloration. 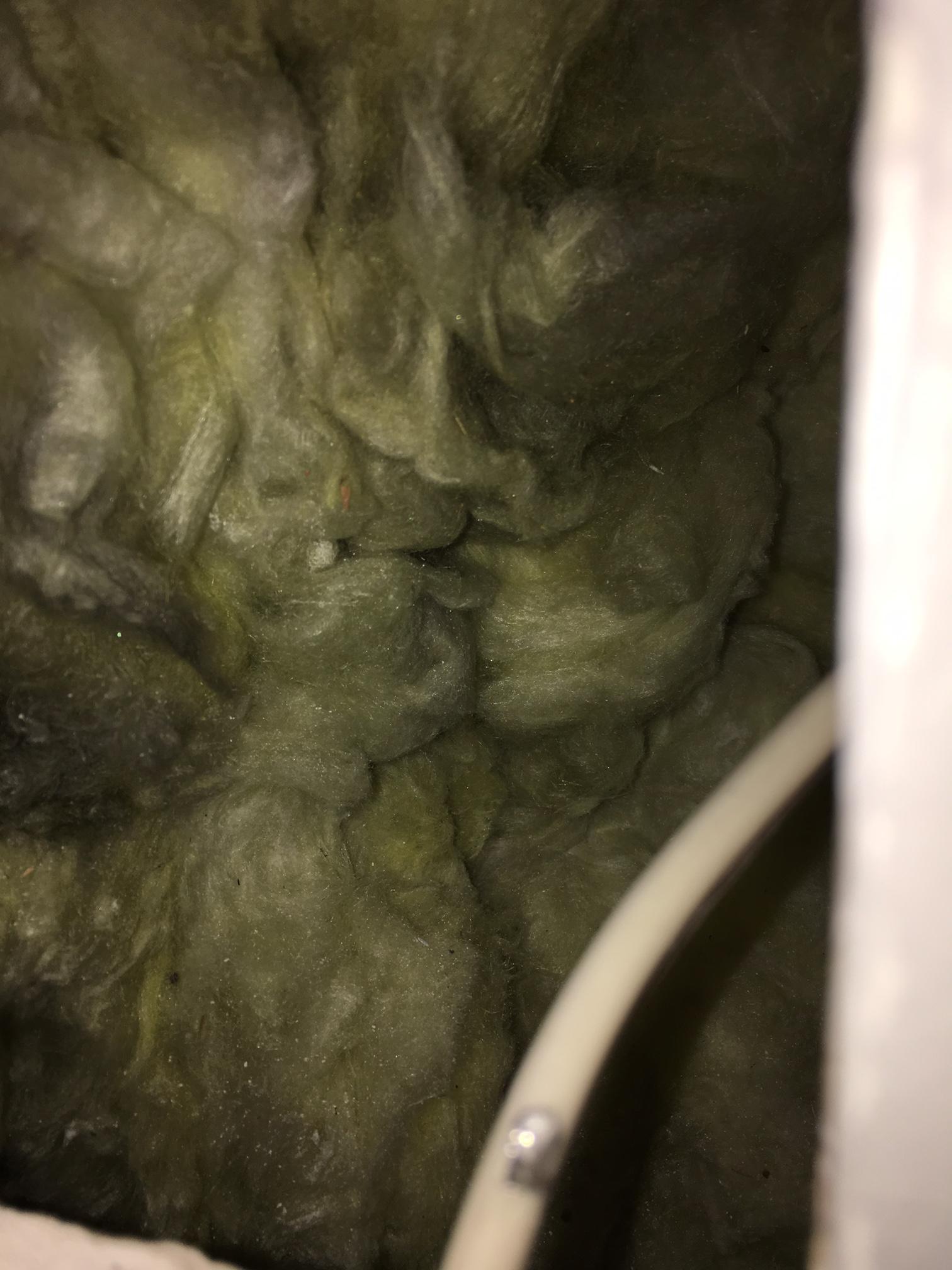 The residue appears to only be on the surface, as you can see from the couple places where I scratched it off with my fingernail to expose the cable sheath underneath. The sheath itself does not appear to be compromised. (The silvery patch on the cable in this picture, which I had initially thought was a hole of some sort, appears to have just been a piece of foil or other material as I was able to peel it off and reveal the white sheath beneath.)

Is this cause for concern? Or is it in fact tar from the insulation, or something else entirely?

The "tar" is not a concern, it sounds like the box you described is an old work box they are listed and legal, they are held in by small stops or wings that hold the box to the sheetrock.

Not the answer you're looking for? Browse other questions tagged electrical insulation or ask your own question.

12
Is there an NEC-compliant method of repairing minor damage to electrical wire insulation without a junction box?
2
How to stop cold air entering through the breaker box
8
Wall dimmer switch is warm to the touch after leaving the light on - cause for concern?
3
Electrical: Is this tangle of wires in a 100 year old house cause for concern?
28
How did my ground and neutral become energized by a short in the buried main line?
0
Wrong wiring color used for 240V appliance (white/black instead of red/black)
9
Light fixture wiring - black to black, or white to black?
0
Easy way to repair romex that shorted/severed at top of outdoor brick pillar?
14
Chipped material in all electrical boxes a cause for concern?