My water filter faucet came unattached from base & sink. How can I fix it myself?

My water filter at my sink recently became very loose! As you can see in the photo, it's unattached on two parts, the base and the sink. I'm wondering if I can make this a DIY fix rather than call a plumber or handy man to fix. Anyone have experience? Maybe a certain glue or sealant? 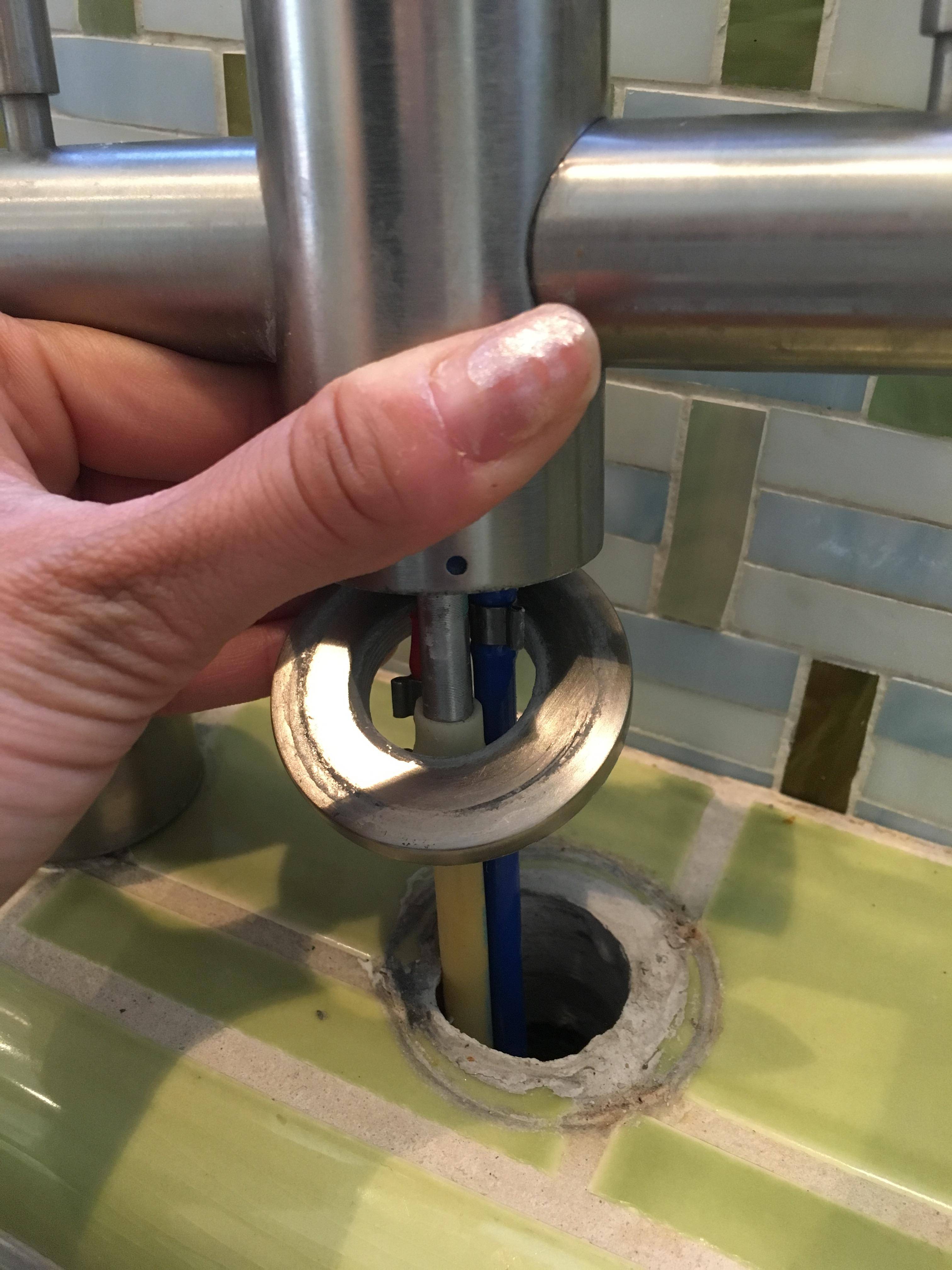 Fixing this could be possible to do on your own. As indicated in the comments you have already seen that there is a threaded rod under the sink that would have been used as part of a clamping system to hold the faucet assembly down against the counter top and tightened up from below via a nut and a C shaped washer that has a hole in it. If it is truly that this simply came unscrewed over time then fixing is just to reassemble it and tighten the nut from below which would require a tool. An adjustable wrench may be just the tool for that tightening.

However....it seems rather unlikely that the threaded rod simply came unscrewed over time. It would be more likely that the part that the rod screwed up into on the lower inside of the faucet assembly has broken away and this is why it suddenly became loose. Inspect the threaded rod to see if it has a companion broken part on one end of itself. Also look at the underside of the faucet assembly up in where the tubes enter to see if you can spot the place where the rod should screw into. Is it there still or does it look like it has broken up in there? In the case where the inner part has broken away it will be likely that this faucet assembly will need replacement. There will be no glue or sealant that can be used to hold that assembly in place on the tile counter top in a usable long term manner.

Not the answer you're looking for? Browse other questions tagged repair faucet plumbing-fixture or ask your own question.

1
How to fix a leaking cold/hot water faucet
1
When sprayer is used, all water to sink (faucet and sprayer) shuts off, how to fix?
1
How to fix Kitchen drain that came apart?
1
How do I get into this kind of faucet to fix a drip?
1
How to fix a small faucet leak at the base
1
How to remove sink faucet pipe from shutoff?
0
How to approach fixing this kitchen sink faucet leak at the base
1
New sink and faucet but no water?
1
Water leaking through vanity, through gap between faucet base and sink