How should I repair this poor deck rim joist connection?

Still working on a deck rehabilitation, and I ran into another interesting problem. When building the deck, rather than trimming the siding corner cap, some genius decided to simply build around it. They stopped the ledger short of the corner cap, nailed in an extension piece to the face of the ledger, then nailed the rim joist into the end of the extension piece.

The framing in the corner of deck looks like this. 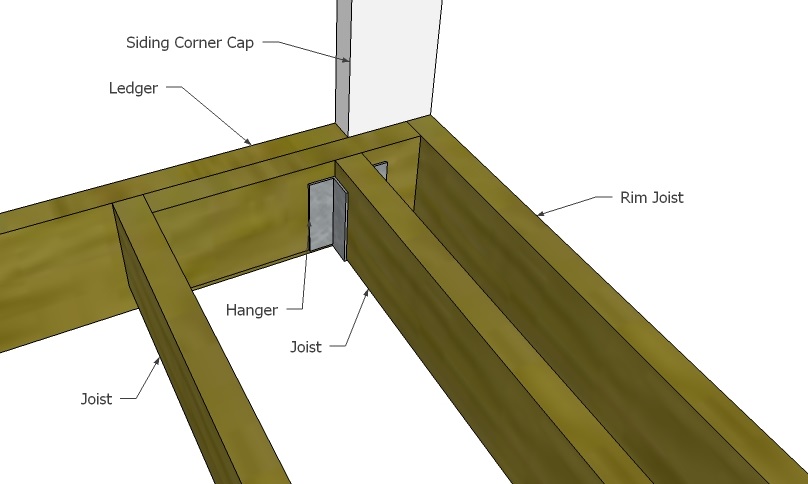 To make matter worse. There's a single step attached to the rim joist, which is unsupported (sank into the ground). Every time somebody steps on the step, it yanks on the rim joist. This has caused the rim joist to begin to be pulled away from extension piece (since it's nailed into the end grain of the piece).

I'm obviously going to fix the sinking step issue, but I'd like to find a better way to attach the rim joist as well.

I was thinking of installing a 90° strongtie on the inside corner of the joint. Unfortunately, I can't get a driver in to drive screws (don't want to use nails into the rim joist, because that wouldn't be any stronger than what's already there). 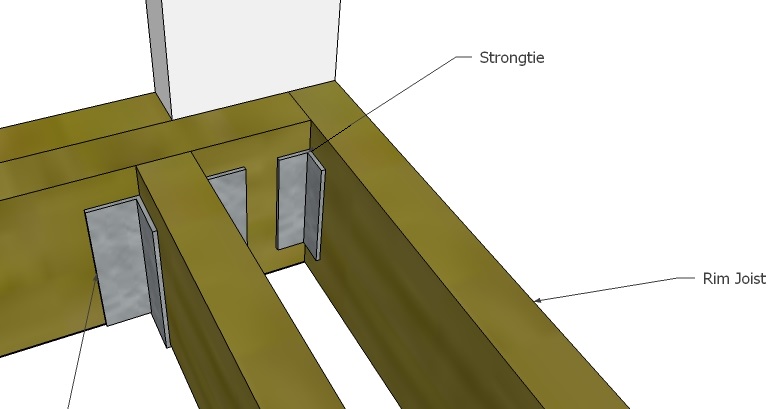 The other thought was to put a 90° bracket on the top of the extension and rim joist. The problem there, is that it would be in the way when attaching my decking boards. 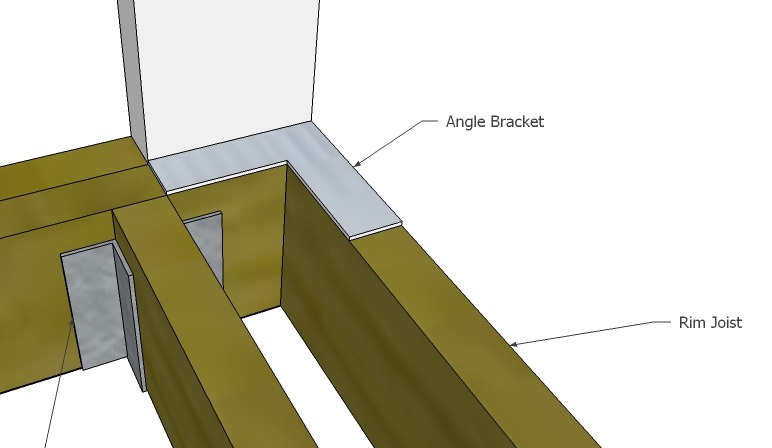 What should I do to make this connection stronger?

Try 2 Simpson HTT4s. The clip is screwed to the short ledger and long carriage bolts are drilled through the joists to draw back the floppy rim joist. Long bolts with washers will hold better too in my opinion, but may not look as neat. 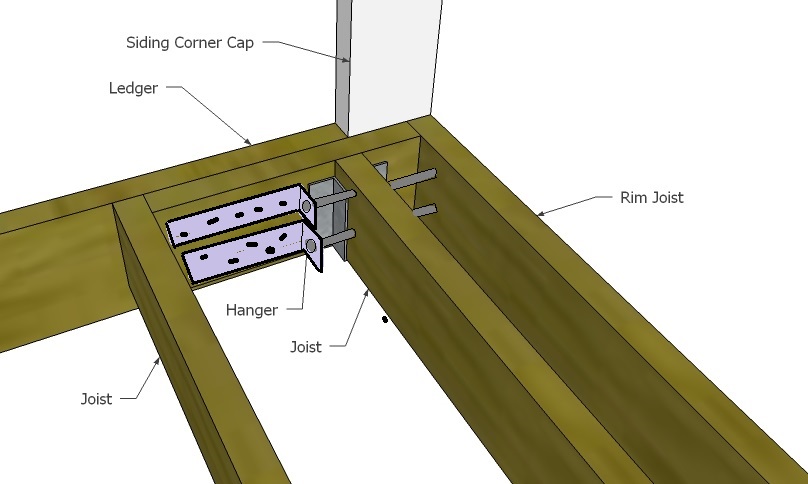 Can the second joist be moved over slightly so you can get in there and screw in the StrongTie angle? Simpson also makes "corner" joist hangers too (they need to be ordered left or right), but I don't think they'd do much more than the angles.

You didn't ask, but don't forget to install seismic deck straps (or rods) at about 20' oc. This is new to the 2014 code for all decks. For the seismic anchors, I'd use something like Simpson's DTT2SS if your beams are pressure treated and DTT2Z if it's made out of cedar or Redwood. AND you only need one at about 20' oc. to attach from the deck to the structure of the house.

Not the answer you're looking for? Browse other questions tagged repair framing deck or ask your own question.

6
How can I attach a ledger board to my house?
1
Should I use silicone caulk on the side of a deck ledger?
0
How do I correct free-standing deck moving away from home?
0
How do I repair deck sloping on one side of the house?
1
How to attach deck when ledger board will be too low?
1
Deck Continuous Rim Joist Connection