I have some (seemingly common, but specifically unanswered) concerns about providing a neutral wire to smart switches that are in a single multi-gang box (4-6 switches on different circuits). I am wondering if it is acceptable to use a single neutral line run directly from the electrical panel to serve all the switches, even though they are on separate circuits with their own neutrals at the fixtures.

See diagram of what I am thinking below. 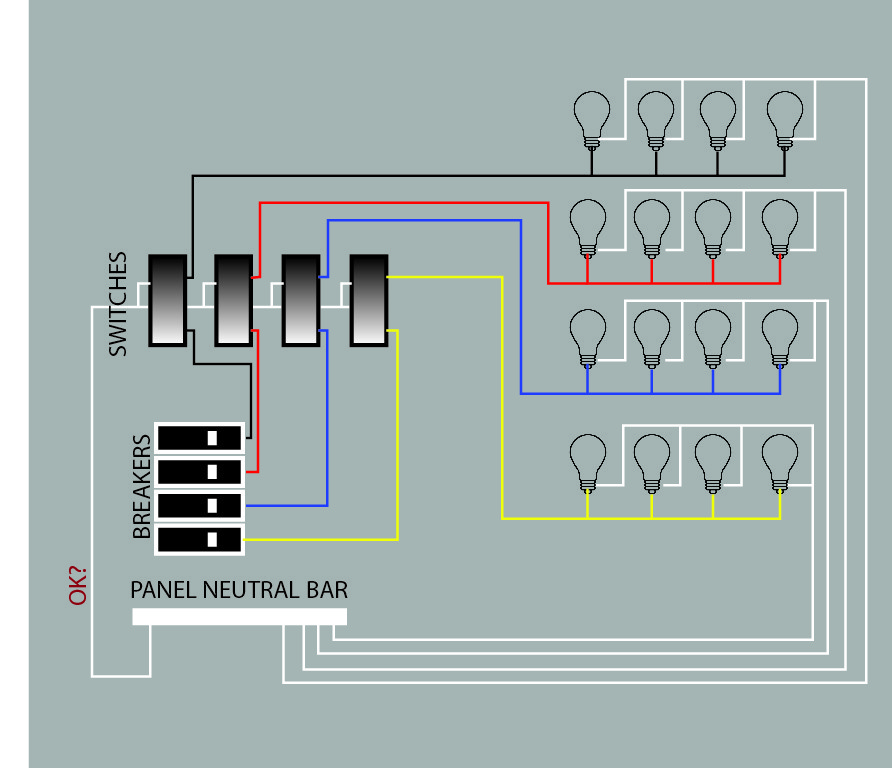 This question relates to this and this question (to which the answers were "not ok"), but the difference being that I am not "stealing" a neutral from another nearby outlet or switch, but running an extra neutral directly from the panel.

To better answer @ThreePhaseEel , the setup is a bit out of the ordinary, and the current (inherited) physical setup is like this: 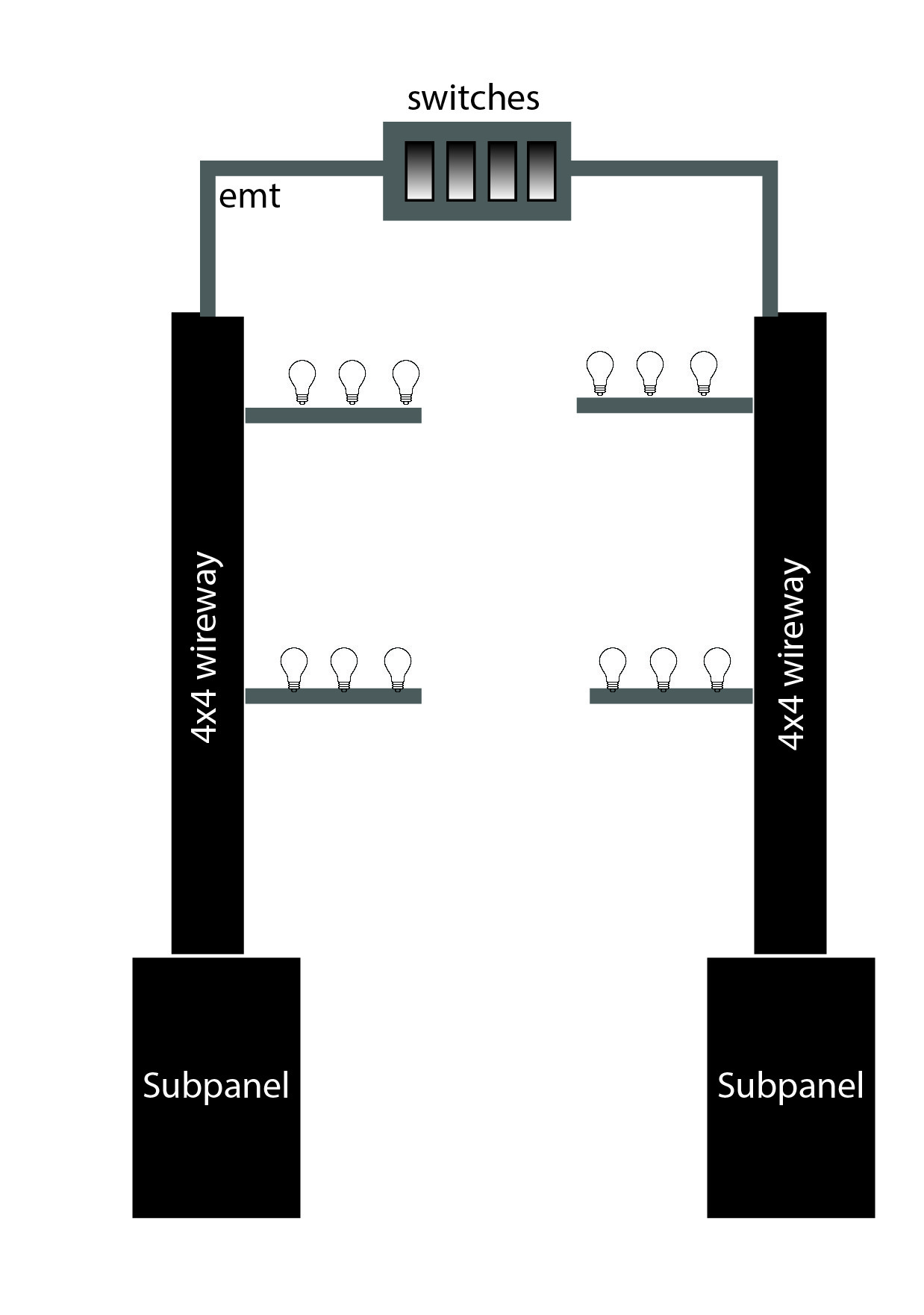 Cross-coupling the two smart-switch-neutrals in your setup violates 300.3(B)/310.10(H) and creates a neutral current loop that causes inductive heating of metal parts (like your raceways and boxes) as well as magnetic field EMI due to the loop area of the current (old-school picture tubes were susceptible to this in particular).

Neither of these neutrals needs to join with the light fixture neutrals on its side until the subpanel neutral bar, though. The smart-switches are loads of their own (to power the "brains"), and running an extra neutral homerun in the same cable, conduit, or raceway is OK by code, as per 300.3(B) (otherwise, /2/2 NM wouldn't be Code legal, for that matter):

(B) Conductors of the Same Circuit. All conductors of the same circuit and, where used, the grounded conductor and all equipment grounding conductors and bonding con- ductors shall be contained within the same raceway, auxiliary gutter, cable tray, cablebus assembly, trench, cable, or cord, unless otherwise permitted in accordance with 300.3(B)(1) through (B)(4).

Load isn't a concern here, but Code is

The primary concern for multiplexed neutrals is having multiple hots on the same phase return via the same neutral, which causes the currents on that neutral to be the sum of the currents on the various hots. In this situation, though, that isn't a concern as smart switches don't draw much power at all.

However, technically speaking, unless you punch the circuits down as such to have currents cancel (i.e. a MWBC -- such things do exist in the three phase wye world, whether they are two-phase/three-wire or three-phase/four-wire), your proposal violates 200.4(A):

Not the answer you're looking for? Browse other questions tagged switch nec neutral iot or ask your own question.

1
I need a multiple-switch light switch which can't all be turned off at once
1
Can I splice the common wire of two different circuits in the same junction?
0
Is it acceptable to use a lighted switch with a switched outlet?
0
How can I provide neutral wires for my smart switches?
1
remove single pole switch that control outlet
1
Is wiring the neutral in a circular path correct?
3
Legal/safe? Neutral in box goes to different panel than the one that provides the hot
3
Stapling NM cable to panel backboard on the side of the service panel. Any NEC 2017/2020 concerns?