How Should I Block a Diagonal Deck?

My deck has a diagonal decking. To attach the decking to the ledger side of the deck, 2x4 blocks were screwed directly to the ledger. I'm trying to improve water flow from the ledger. I'd like to move the blocks so that they are as seen in the picture I found below 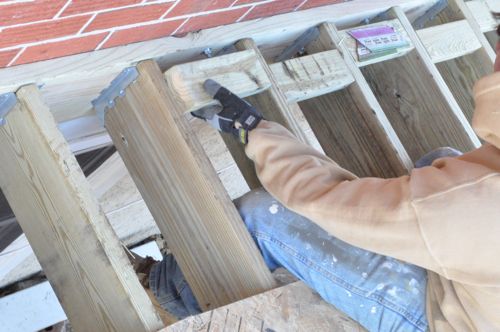 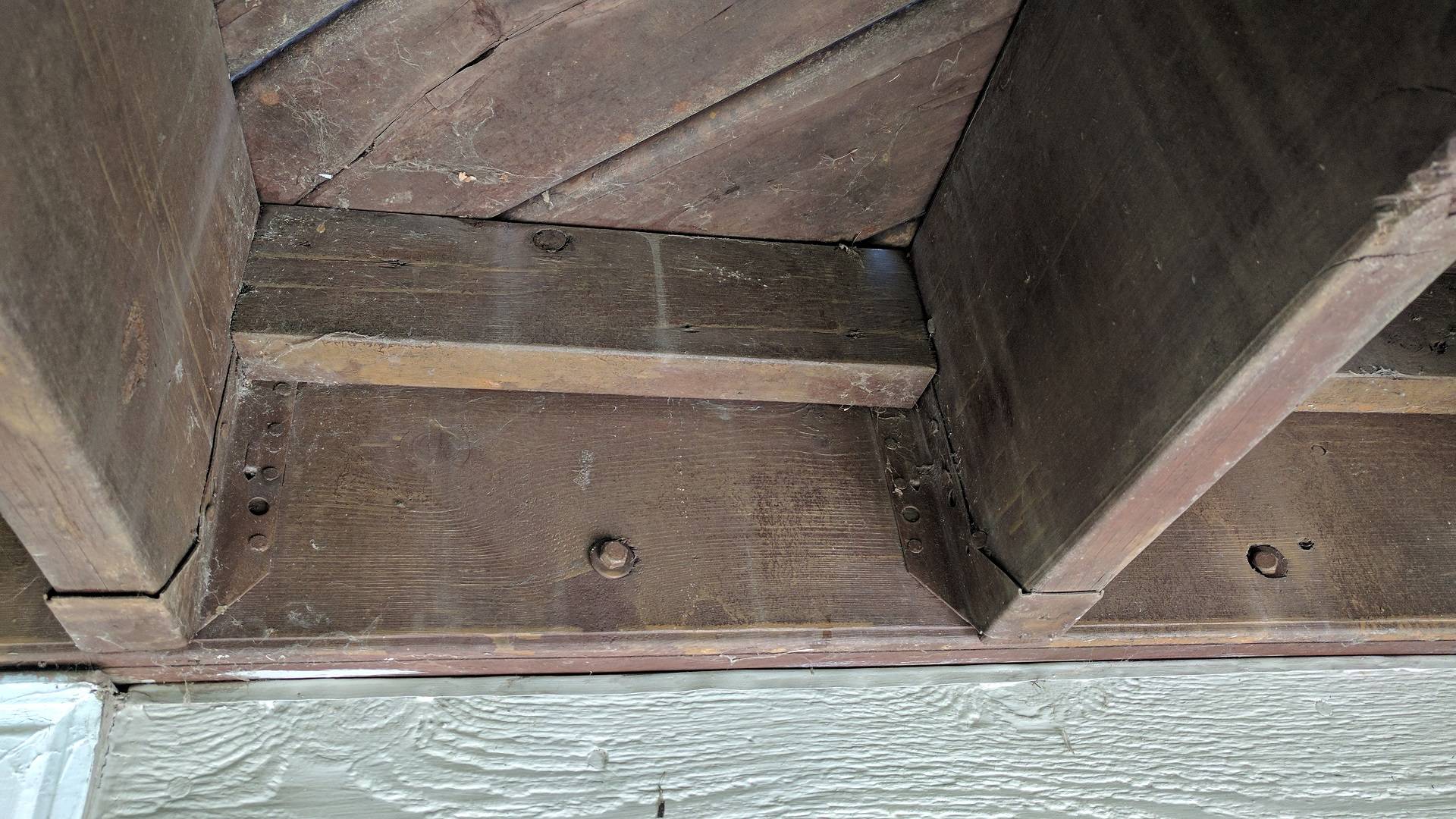 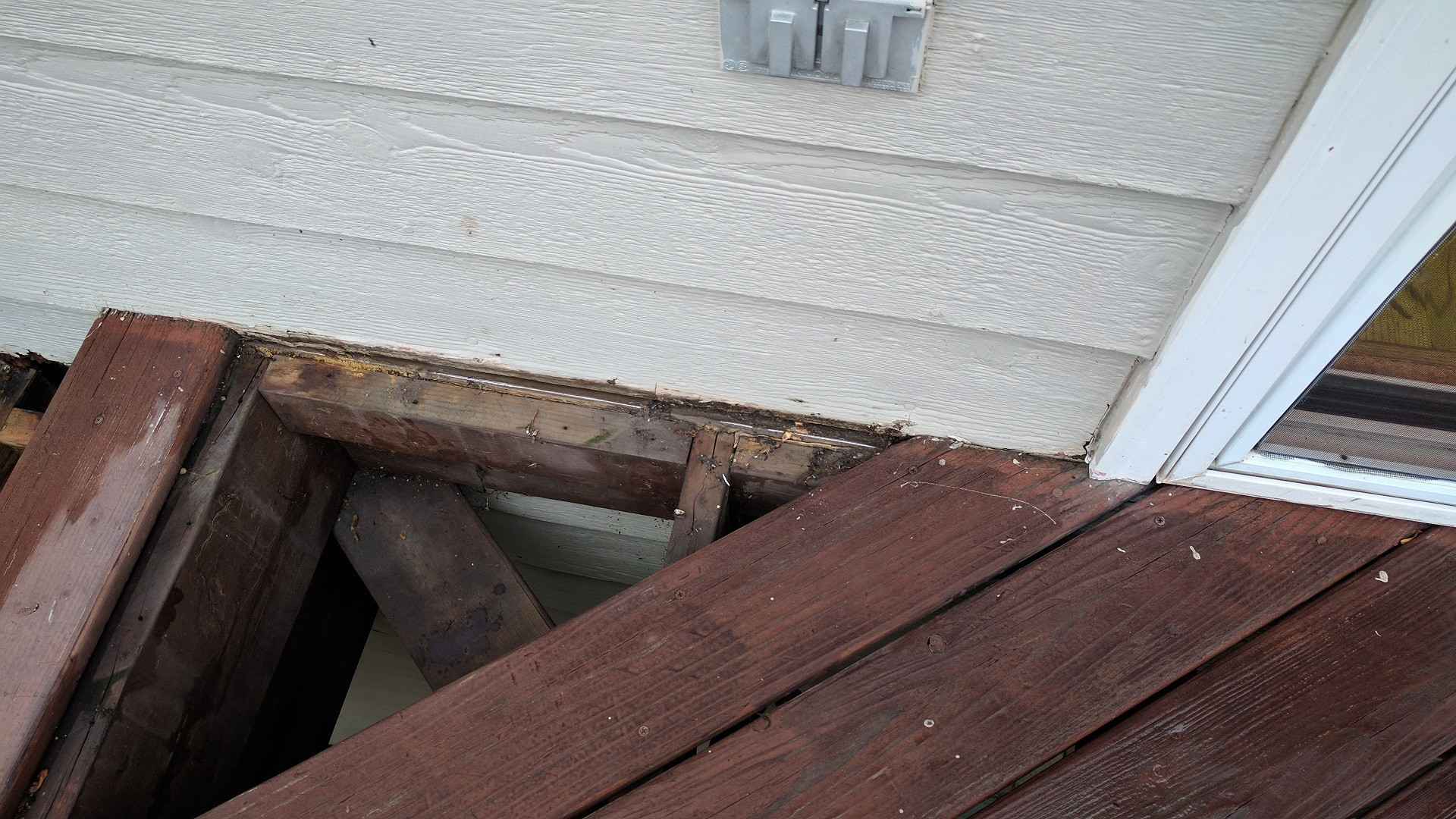 In the photo, you can see that there was some sort of filler or something to attempt to seal the space between the block and the ledger. It just doesn't seem like the right way to do it. There the space between the decking boards is so narrow and having this blocking here just makes the distance the water has to travel to escape the ledger flashing longer. Compound it with all the debris that builds up between decking boards and I suspect it is contributing to my water problems.

First off, You mention the water escaping the ledger flashing - it's doesn't look like there's any flashing on that ledger board at all to me. Is that something you were planning to add? (I certainly would if I were you).

As for weakening the decking by moving those blocks back - I wouldn't worry about it. An overhang of an inch or two shouldn't cause any problems.

I ended up using treated 2x6's suspended on joist and saddle hangers. I think this looks nice and allows me to attach the decking an inch or two closer to the wall than the 2x4 method I was considering in my question.

I left space for water to flow between the ledger and the new blocking. As part of this project, I also used a larger drip cap over the ledger and properly integrated that with new 12" flashing and the wrb. (previously, the wrb went behind the drip cap). The aluminum drip cap is protected from corrosion from the treated ledger with a strip of butyl self adhesive flashing. I'll need to fill some holes in the decking now where it used to be attached to the old blocking. Its rained a couple times now and I've been very happy with the way the water has flowed away from the house an past the ledger. 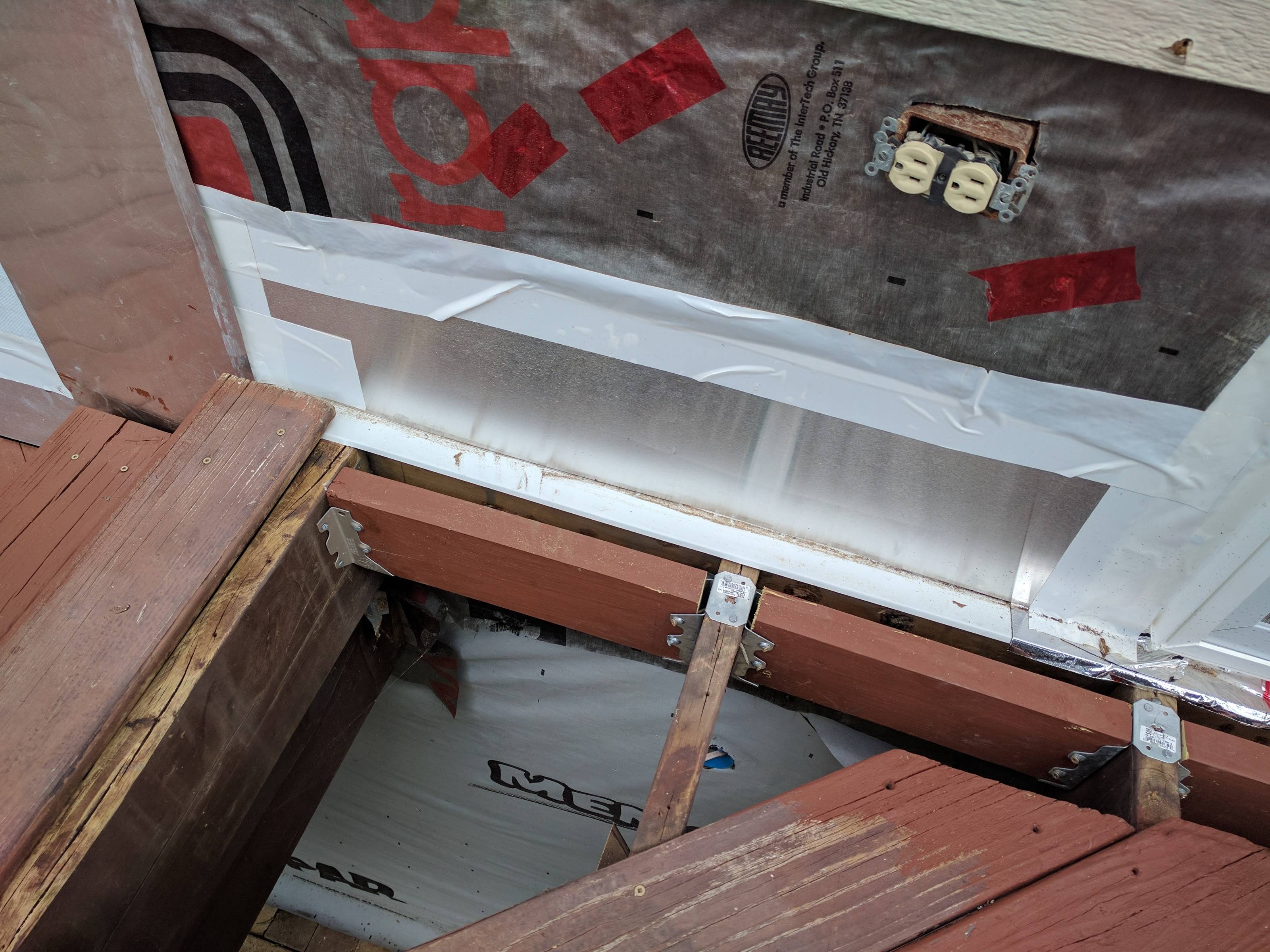 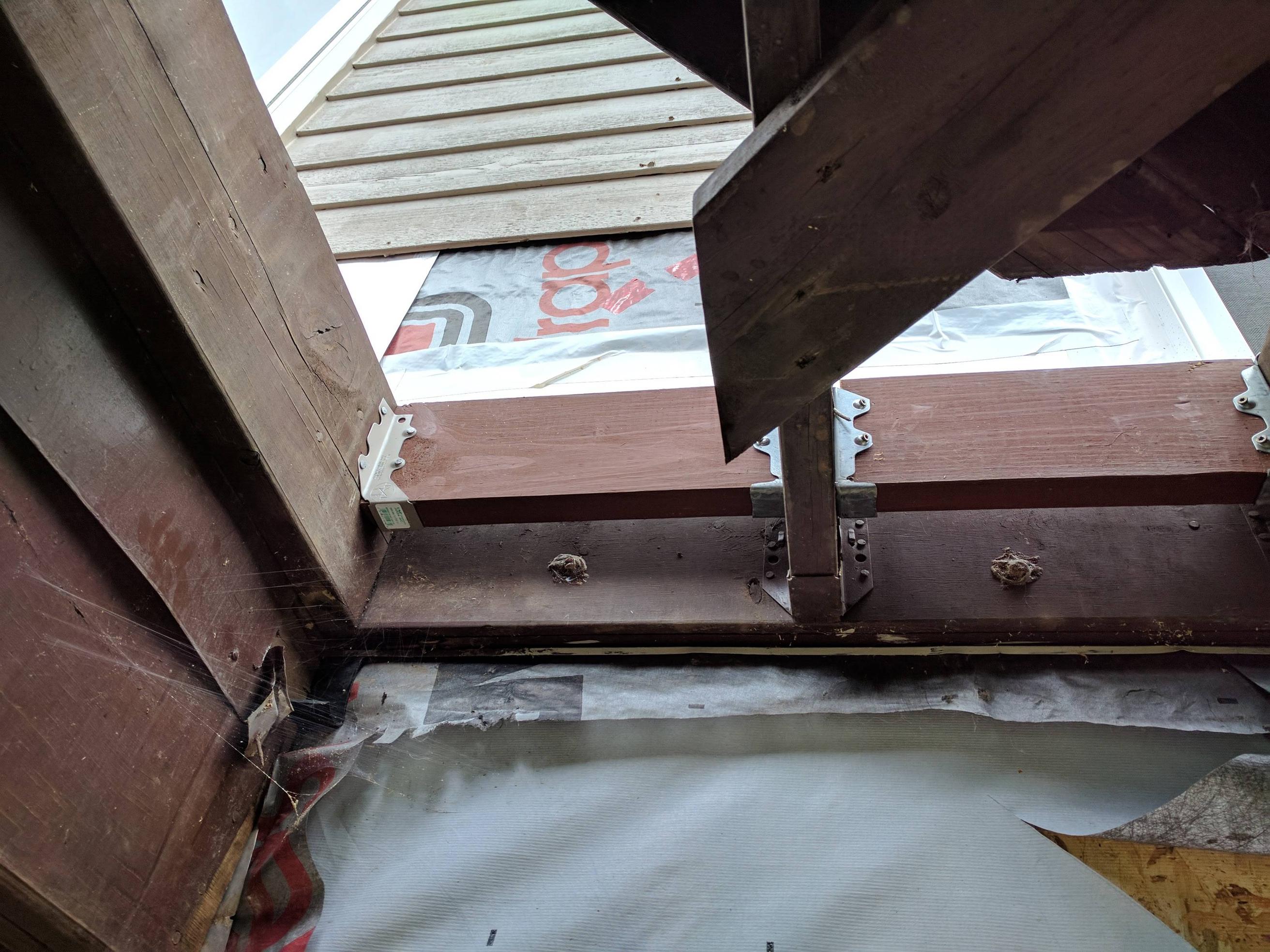 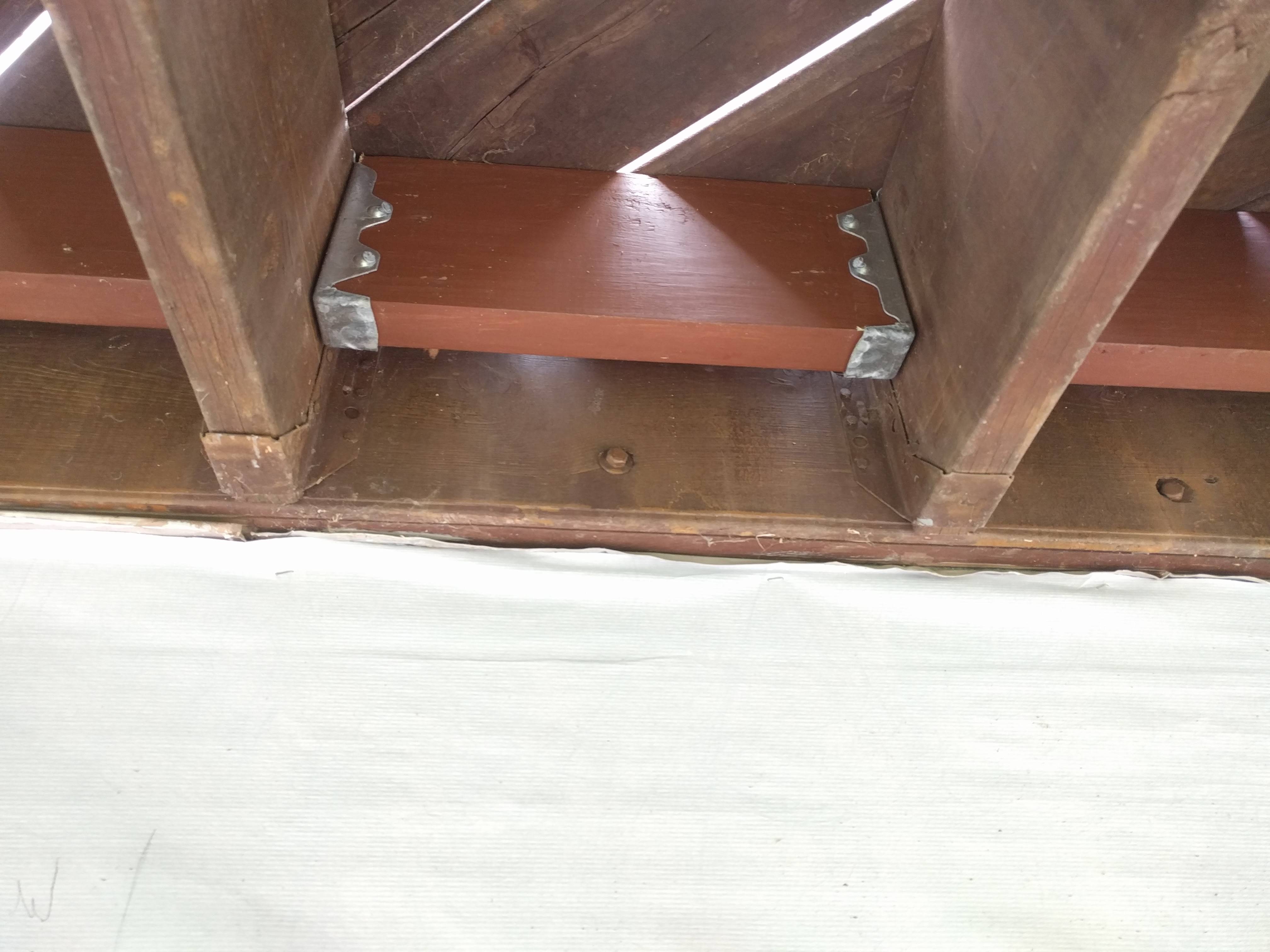 3
Need to attach deck ledger to house covering a vent
6
How to install a proper deck ledger AFTER the fact?
1
Should I use silicone caulk on the side of a deck ledger?
1
Can I use aluminum or plastic sheeting between decking and joists to waterproof under a deck?
3
Should there be waterproofing between the rim joist and ledger on new construction?
2
How should I repair this poor deck rim joist connection?
1
Help Critique deck post and beam location