How can I clean this older paint roller to make it usable again for painting my walls?

I'm in the process of painting my living room and I tried using my old roller but it's just dreadful.

I figure a bit of cleaning goes a long way to get a good solid paint job. So I'm here asking how I best can clean it.

I've tried running it under water and rubbing it vigorously, but to no avail, I've also "scraped" a bit of paint off it but I'm afraid to break the roller by doing it too hard. 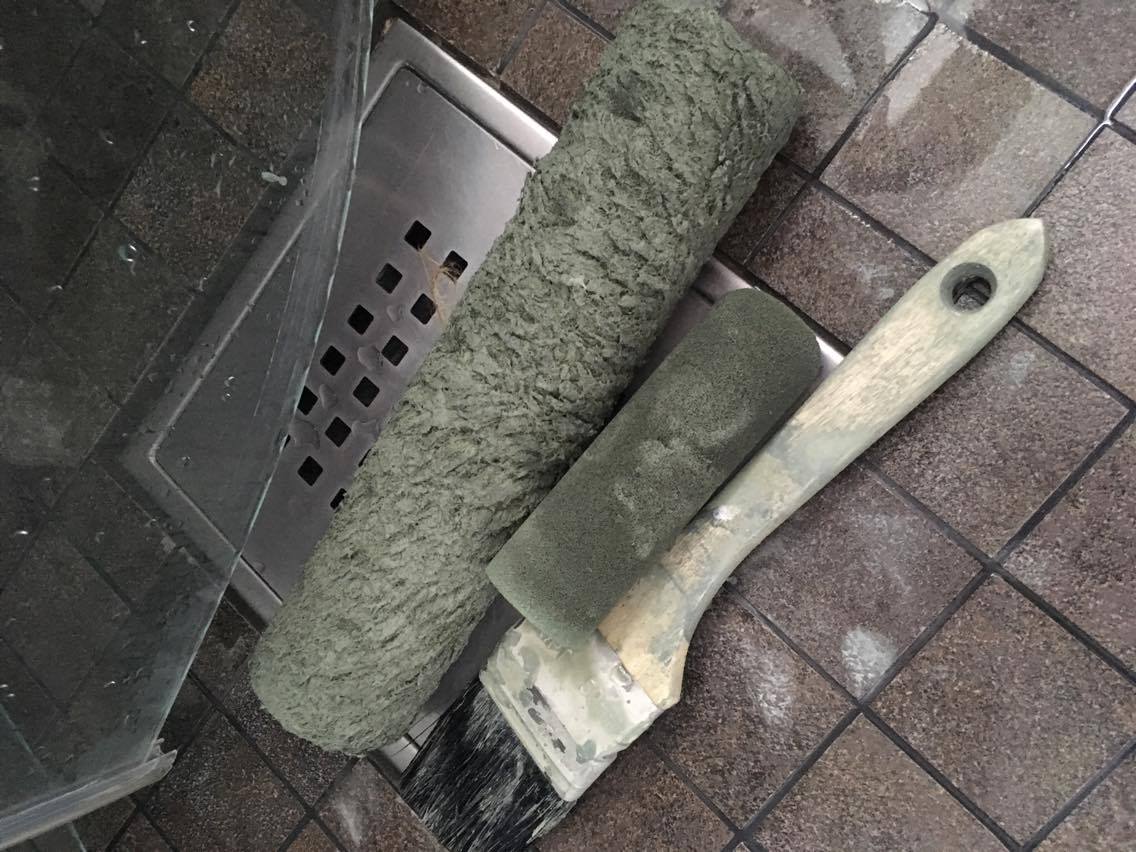 Any and all help is greatly appreciated

You wouldn't worry about reusing a rubber glove or a paper towel. If it's pristine, sure... But generally you don't expect to.

Stannius makes a good point about buying a quality brush and taking care of it. That idea actually harkens back to the age when everything was brushed (and oil based) and the best brushes were badger. It makes even more sense with latex/emulsion. Won't work with 2-part paints, though.

It's a waste of your time

You used these supplies for a previous paint job. At the end of that job, you left them in that state. That means at that time, you chose to scrap them.

And that's fine. Cleaning them better would've taken more effort. Your decision back them was probably correct. Getting them clean is a lot of work and your time also has value.

Okay then... Here's how you save them

Short-term: you wrap them tightly in plastic, ideally in a ziplock bag and press all the air out. Air makes them dry and cure. If they are a 2-part paint such as an epoxy or LPU, you must put them in the fridge or freezer, and you will need a dedicated fridge just for that, because the fumes will contaminate food. I can get 2-4 days tops this way. This doesn't always work, if your wrapping is poor they will dry in the bag. If you don't want to chance it, use the following longer term methods.

Latex/emulsion paints: you work them in soap and water. A lot. You work soap and water into them aggressively, rinse, over and over. Brush/roll on a clear surface (such as the bottom of the sink) to see how well you are doing. You are done when they are so clean it is impossible to tell what color you had been painting. For rollers, some multi-purpose paint scrapers have a hook for squeezing out rollers.

Alkyds, lacquers, and other oil base: Paint the brush out as far as possible on masking paper (don't use newspaper). Splash it with a bit of thinner, work the thinner in, and brush it out again. Repeat until diminishing returns. Now put 1/2" of thinner in the bottom of a soup can and work the brush in it. Dump the thinner, repeat until the thinner runs nearly clear. Hang the brush by the hole to dry. Try not to spend more on thinner than the brush is worth, and don't do this on Spare The Air days.

2-part coatings of any kind that come in an A and B part: into the trash it goes. Because you definitely will spend 4x the brush's worth in the expensive solvent.

I just did an LPU project. I ordered 3 boxes of chip brushes, and 20 of the exotic LPU tolerant rollers. They are a consumable, like thinner.

How to save dried out plastic roller trays: soak them in water, for a really long time. I found this out when I abandoned a tray I had used too many times for 2-part epoxy primer. It filled with rain. The epoxy coating chipped and blistered, I flexed the tray and the coating just popped out in chips. This surprised me, as epoxy coatings are used to line the inside of tanks. That works because roller trays have a very glossy finish paint doesn't want to stick to. The water gave it the nudge it needed to let go. It would not happen in a properly prepared tank interior.

I think you're going to be much less frustrated if you just buy a new roller brush. Those are meant to be disposable and not to be stored for long periods.

You can get away with short term re-use by wrapping them in a plastic bag and freezing them overnight but once the paint has set and cured, its done.

Soaking it in water or mineral spirits for a while may help but I would recommend getting new ones. Once the paint has cured, you aren't going to fully restore the brush/roller.

Next time, if you want to do it right, either clean the brush or roller by rinsing it with water (latex paint) or minterial spirits (oil based) to get the bulk of it off, then let it soak for an hour or so, keeping the metal and wood components of the brush out of the water. You can also wrap the brush or roller in shrink wrap between uses (same color over a short period of time) to prevent solvents from evaporating.

Honestly I would recommend just replacing rollers. Paint brushes are easy to keep clean if you follow this advice. The effort and water required to clean a roller negates the benefit of reuse.

You made it clear that you want to reuse it so telling you to get another one is, IMO, a bit of a smack in the face, and does not constitute an answer to the question.

Soak it in paint thinner or acetone for a few hours then wash it in a washing machine. Put old rags in the washer with it, this will help to agitate the saturated paint on the brush. After that, put it in a real dryer, do not air dry. Repeat as required.

Not the answer you're looking for? Browse other questions tagged painting paint repainting paint-removal or ask your own question.

3
How can I stop primer from eating my roller handles?
3
Should I cut-in the whole room at once, or only the portion I'm working on?
1
How can I avoid streaks from a paint sprayer?
0
Advantages of spray vs roller system for painting a flat
0
Same paint touch up noticeable
1
Can I paint part of a wall in a seamless way a couple years after?
4
What is this texture called and how can I match it?
2
How can I remove the coating from black iron pipe?
0
Paint peeling off in thick sheets