I want to install a 100 Amp panel to my attached garage. The location is about 50-60' from my service panel, which is 200 amp utility service. The purpose of this circuit is for a small pottery kiln and circuits for things like a table saw, miter saw, drill press, misc. small things and new lighting.

The workshop will be probably 2-3 20 amp circuits and a 15 for the lights. There will also be a 20 amp circuit dedicated to ventilation—the fan load is so far < 5 amps, just don't want to limit it.

After a lot of looking around and researching it seems like the best option is to put in a full real panel like this one: 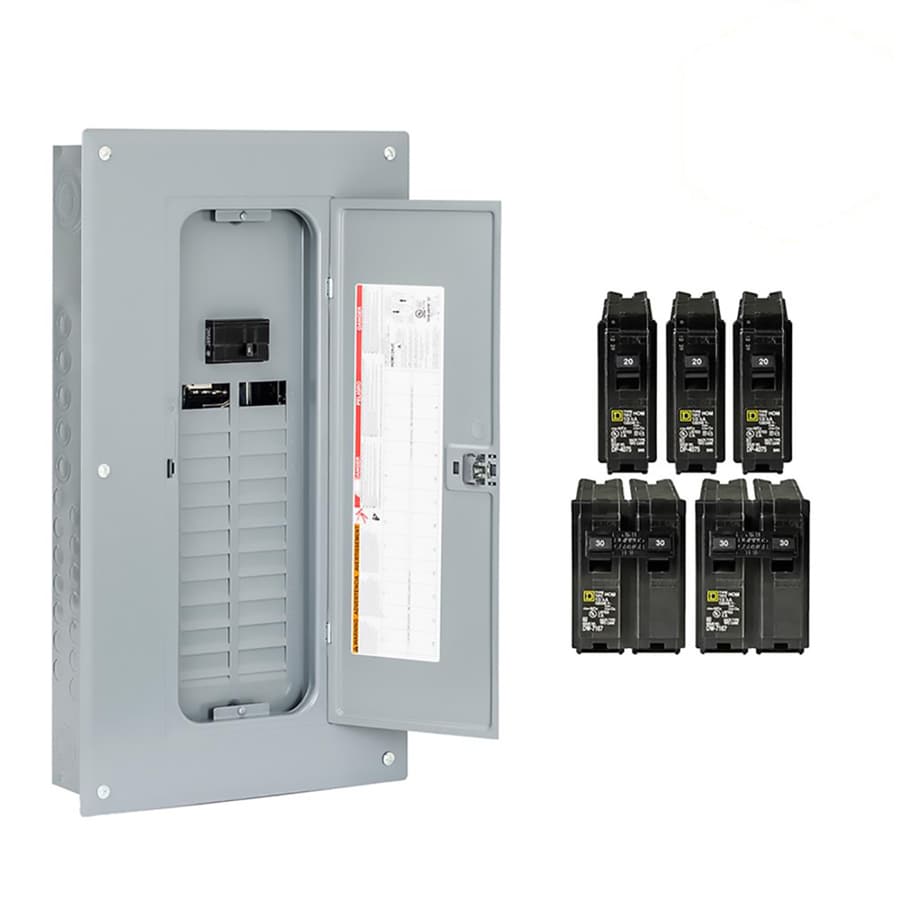 which should give plenty of expansion room and additional safety and other options.

My plan is to bury conduit from my main house panel to feed this new breaker panel in the garage. Looking into these options and the desire to save money given the price of cable it seems like 1-1-1-3 SER Aluminum cable could fit my needs and should fit in 2" Schedule 40 conduit. SER is not allowed to be buried even in conduit

The problem is when trying to verify this I find a whole lot of arguments but not enough solid code reference as to whether SER cable can be buried in conduit (raceways?). Yup this is not to code, cable must be rated for wet locations to be buried apparently.

While I do want to save money, this has to pass inspection so that is my primary concern. Seems like if SER is not allowed to be put in buried conduit I need to use THHN or perhaps better XHHW? I have worked with aluminum wire before just at much lower gauge so not too worried about being able to handle it. (I will be pulling a permit for doing this).

For the garage panel I know that since they are not within sight range or reach of each other I must install a main breaker in the garage panel to shut its power off but I had some additional questions there.

My locale is the U.S. and my city has adopted the following:

I tried to provide as much information as I could but let me know if more details/clarification is needed. Thanks for the help!

The type of cable you linked to is SE cable covered by Article 338 of the National Electrical Code. It connot be used underground with or without a raceway. Here is the pertinent code language.

(A) Service-Entrance Cable. Service-entrance cable (SE) shall not be used under the following conditions or in the following locations:

(1) Where subject to physical damage unless protected in accordance with 230.50(B)

(2) Underground with or without a raceway

You could use several other types of insulation in a raceway, including THHN, XHHW, XHHW-2. USE is for direct burial and can be used without a raceway except where exposed to damage so you need to sleeve it in PVC or metal raceway above ground.

Aluminum also needs an anti-oxidation compound such as NOALOX or ALNOX, there are many brands.

SE cable can be used as a feeder for interior wiring so if you kept the feeder inside the house and garage without going outside you could just protect it with PVC in the garage and be good. Or you could run the cable outside just not underground.

You will need a single 100 amp 2 pole breaker to feed the sub panel. 2 -50 amp breakers is not acceptable by the Code.

A separate disconnect is not required. The panel in the garage is not a motor so the "within-sight rule does not apply". The breaker in the main panel can act as a disconnect. You actually don't even need a main breaker in the panel if you don't want one. You can buy a Main Lug Only panel if you wish. The main only panel you linked will do just fine without a main.

The lugs will be aluminum so aluminum wire is the best way to avoid dissimilar-metal problems.

You need to bury conduit 18" or direct-wire cable 24" unless you are using rigid conduit and not crossing driveways.

That panel is rather small

It's really only a 12-space panel, and any 240V loads will take 2 spaces. You'll run out fast. When you see "X-space >X circuit", that is a marketing lie. The only number that matters is spaces. Spaces are cheap - a common mistake in electrical is using too-small a panel, running out of spaces and having to do very expensive panel replacement, all because you decided to get a bargain on a panel. This. This is the place to splurge.

The >X circuit figure relies on double-stuff breakers, which are expensive and don't work anymore because most new circuits need GFCI or AFCI, which take a full space. And that's how a lot of people got nailed: They think "I can support 24 circuits out of this panel" only to run smack into the new GFCI and AFCI requirements on almost every circuit. Whoops!

Myself, I'd consider a 42-space panel. This is the place to splurge.

I also recommend getting panels that are industrial grade, Square D Homeline is a builder grade cheapie. My litmus test is industrial grade panels are also available in three-phase, and they use the same breakers for their 1-phase loads. Sanity-check their prices on GFCI breakers; for instance Eaton CH and Square D QO have excessively high prices because they use narrow 3/4" breakers.

By the way, "42 space" instead of "40 space" is the mark of an industrial panel. It's 42 because that size is a multiple of 3, and so they can use the same housing for their 3-phase panels.

Siemens is a name I hear a lot. GE's Q-line doesn't look too bad either, you have to watch out because several makers (Eaton) make both cheapies and goodies.

Conduit and Cable are two very different wiring methods. Use one or the other. Cable is extremely stiff and awkward, and you really do not want to stuff it into conduit. That's just the kind of "stretch" project that tends to defeat homeowners and makes them give up and call an electrician. In any case that may not be your problem; read on.

If you are using proper outdoor rated underground cable such as SEU (not SE-R), you don't need conduit. If the cable goes outdoors, it needs to be outdoor listed whether it's in conduit or not. However in certain places, more protection is needed, and you can use a variety of metal shields including a stick of conduit to provide physical protection. That is not conduit as a wiring method.

If you are using conduit as a wiring method, you shouldn't use cable - it will be very hard to pull. Use individual wires, typically THWN-2 type note the W. Four individual wires can slide a bit past each other, making the whole bundle much more flexible. Still, don't be bashful about going oversize on the conduit to make the pulling easier - that way you can avoid painful defeat and the expensive electrician bill.

Do not underestimate how difficult it is to pull wires around two 90 degree bends.

Since the wire is larger than 6 AWG, you can buy just one color of wire and use tape to mark them black, red, white and green. So price both "by the foot" and an appropraite spool.

You don't need a main breaker in the sub

Since it is part of the same building. If it were in a detached structure, you would be needed. "Line of sight" doesn't apply here, it applies in factories to large machines.

That said, a local shut-off switch is nice. For a "main breaker in the subpanel", the overcurrent amp rating is irrelevant. It is only a shut-off switch, unless it also has for instance a GFCI function. If I recall, all garage general-use receptacles must be GFCI.

How to use two 50A breakers

100A breakers are much more expensive than two 50As. If you wanted to do this with two 50A breakers, there are two ways to do this, but both involve two sets of cable. You cannot parallel, at all, at these wire sizes.

Since you would then have four conductors in the conduit (neutrals in split-phase don't count), your current limit for any conductor would be 80% of the 90 degree C ampacity. This is usually not a problem since you usually must work off a lower degree-C column.

Just a thought that if you go with some Eaton panels the breakers are lifetime guarantee, you just walk into any electric shop with the bad one and they hand you a new one.

Not the answer you're looking for? Browse other questions tagged electrical circuit-breaker electrical-panel workshop or ask your own question.

3
Proper way to wire a sub panel to an attached garage?
3
100 AMP garage sub-panel from 200 AMP house
3
US-Michigan—Subpanel install—Can I use PVC conduit and THHN in-wall to go from disconnecting means to panel inside the garage?
2
How is the minimum conductor size (of some type) for a certain run determined?
0
What size wire and panel should I use for a garage subpanel?
1
Main Breaker Panel or Main Lug Panel for Sub-panel in Attached-Detached Garage
1
60amp panel install in an attached garage, do I have my ducks in a row?
1
100 Amp Sub-Panel in Detached Garage - Which Wire and Breakers for Code Compliance?
1
What is the maximum sub-panel amperage I can use, and is my setup okay?