Should one insulate rim joists prior to adding drywall if batt insulation already exists?

Previous owner did the framing and batt insulation.

I will finish the room by adding drywall.

Should I still insulate the rim joists (adding pieces of 2 in. polystyrene foamboard) prior to adding drywall if batt insulation already exists? 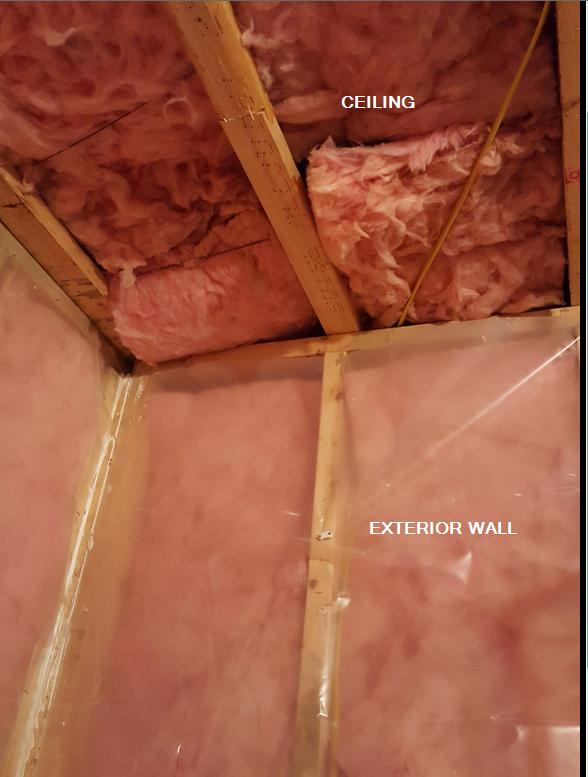 It's really important that the rim joist has insulation and a vapor barrier, or condensation will form on the rim joist and drip into the ceiling, or cause mold to form. Over time it could cause joist hangers against the rim joist to rust or the ends of the joists to rot - then it becomes a very complex and expensive to fix.

It is not sufficient to just put vapor barrier on the bottom of the joists, as this allows too much air movement, and that joist space is not vapor tight.

Not the answer you're looking for? Browse other questions tagged insulation joists basement-refinishing or ask your own question.

2
Should I add batt insulation to concrete basement walls?
3
Should I drywall and/or insulate my garage wall?
0
Should I remove, or work around dividing basement walls?
1
Should I install insulation between the rim joist and the top of foam insulation?
3
Wisconsin Basement Finishing questions
0
Re-insulating/finishing a basement? options?
4
How to approach insulating my rim joist
0
How thoroughly should I scrape paint from cement basement wall before insulating?
1
Can I replace 4" fiberglass batts with thicker ones in my attic?