What is causing this faucet to leak?

I have never seen a faucet leak like this. The supply lines are fine. The water moves to the center where it mixes the hot and cold water, then drips from where the drain plug pull emerges. Is there an o-ring in there that the drain pull passes through?

The water is definitely coming from where the drain pull comes out of the center union. 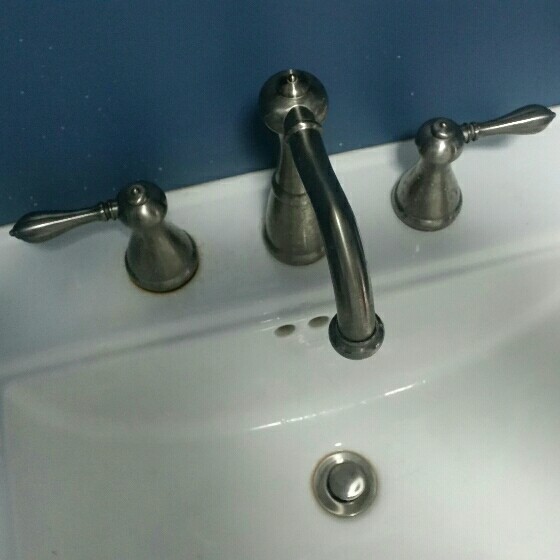 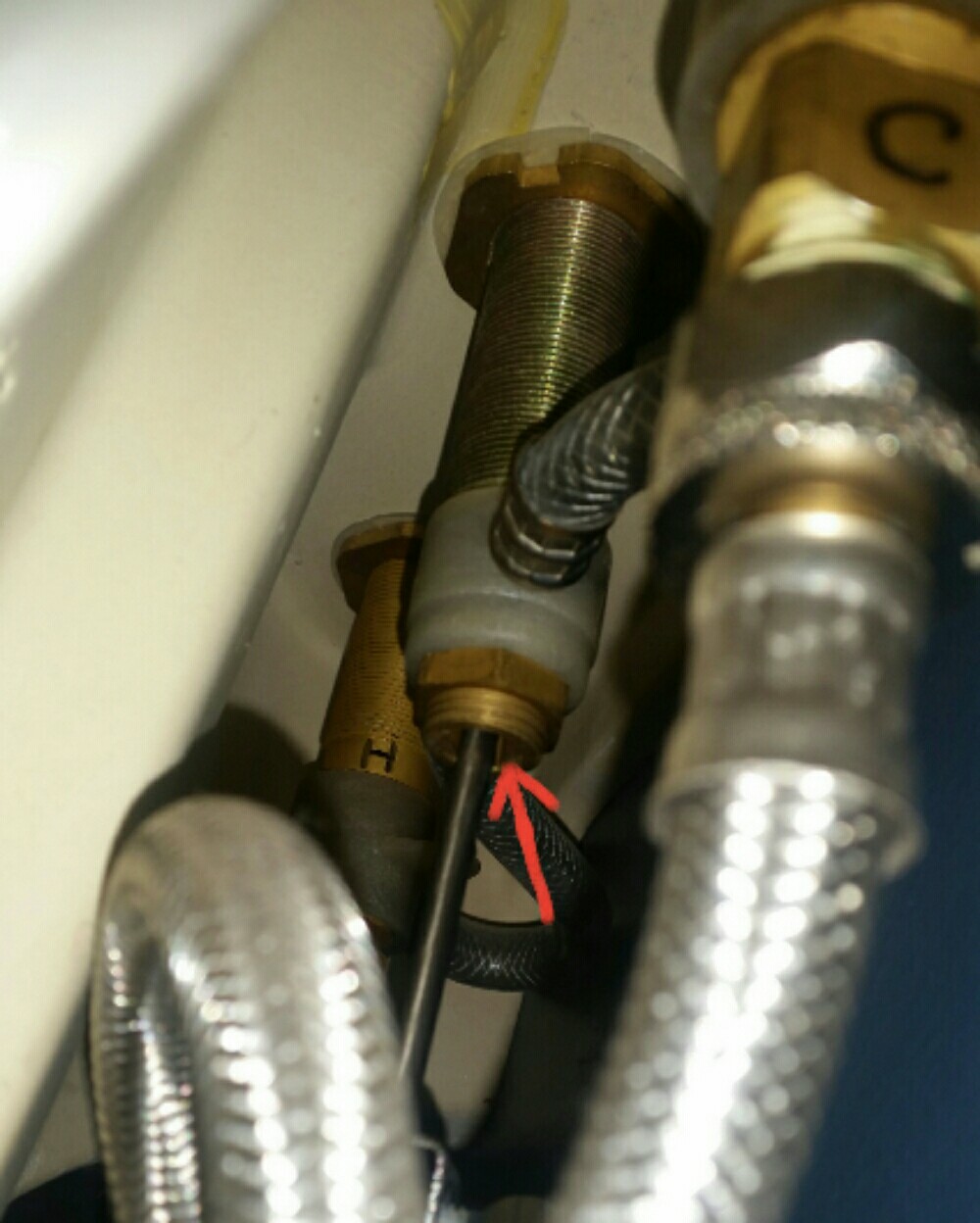 It would appear to be a Pfister Marielle LF49 without the base escutcheon:
Here 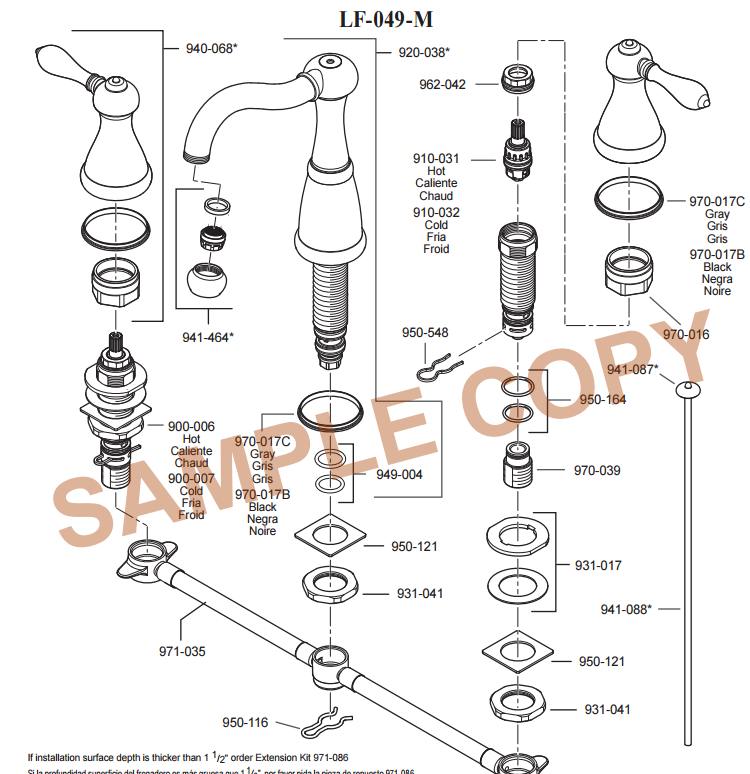 Pfister has great customer support, and a lifetime warranty on their products, so I would recommend that you phone them and describe the issue. 1-800-pfaucet

I cannot imagine any reasonable designer would design a system where the drain plug pull would pass through the water flow piping, even the non-pressurized piping, i.e., the post valves mixing chamber. In my bathroom faucet with a lever-operated pop-up drain the actuating rod is behind the spigot.

You would have to look at the diagram for this faucet to determine whether there are replaceable seals (such as O-rings, bushings, or other elastomer elements) which seal the mixing chamber on the bottom or the top. It may be a failure in a non-repairable press fit.

I would first try snugging up the nut on the bottom which clamps the plastic fitting onto the faucet. But do not overdo it. If this does not work you may have to disassemble the mixing chamber.

In that case, I would remove the actuation rod, loosen and remove the nut, and pull off the white plastic fitting and see if there is a replaceable seal on the bottom. There may be another on the top.

My first thought is that the actuation rod itself would NOT be sealed with O-rings, but there may be some short-cut designs currently sold which do things this way.

Not the answer you're looking for? Browse other questions tagged leak faucet or ask your own question.

2
What is causing the minor leak in flex supply line under sink?
8
What can I do about high water pressure that is causing a leak?
4
Why does it take a second for water to come out of the kitchen faucet?
0
Cold water entering hot water circuit?
0
What is this dark oily liquid leaking from the drain pipe under my kitchen sink?
0
Why is no water coming out of my new kitchen faucet?