I had a switched duplex receptacle controlled by two 3-way switches. An electrician installed a ceiling light using 14/3 wire running from the outlet. Everything was working - the 3-way switches controlled the light and the outlet was fully powered.

I'm really not sure what I did wrong (no problems with the other switch and 9 outlets I replaced today). I also can't figure out or find a wiring diagram that would make sense. If I knew where power was coming from and the order it was going to the boxes, this would be easy to fix.

Edit: Sorry, I don't have photos and everything is put back together for now. It's just a 14/3 wire to both switches and two (one added by the electrician for the light) to the outlet. I'd even be happy if I could figure out how the switches used to control the outlet, that was just be a 14/3 running to each box with the black wire to each box always hot.

Edit 2: I can't find the junction box feeding the boxes, but I found the blueprints for the house. 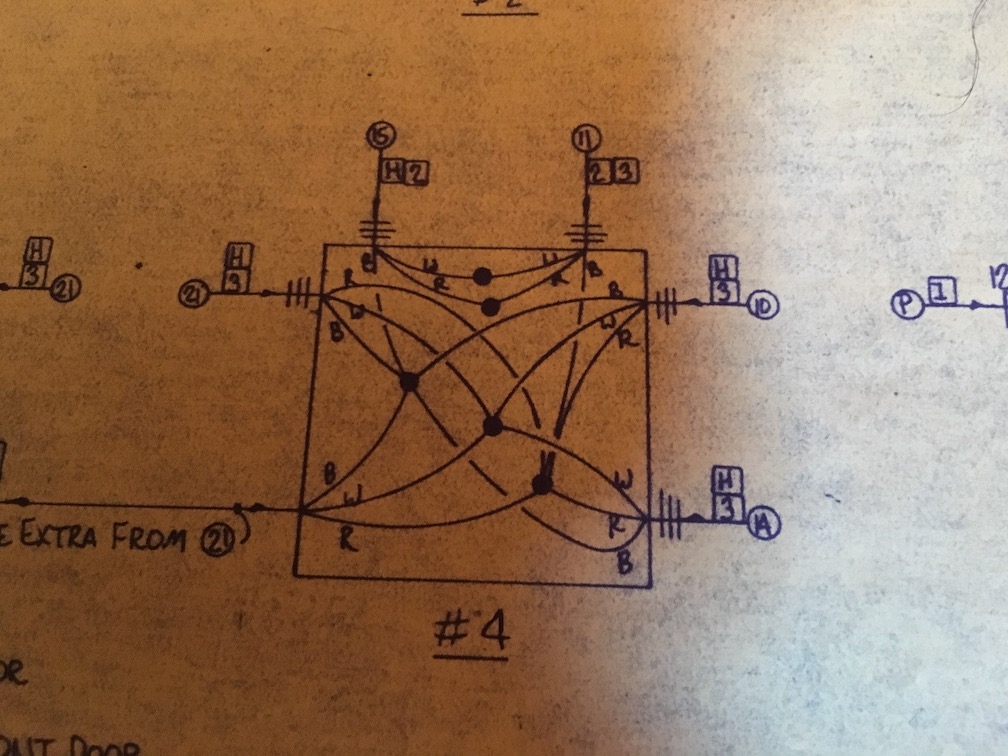 Power is coming in from 21, but I don't understand where and what box that is since it's reference in a couple of places. Hopefully I can ignore it for now. Based on the blueprints, I believe 10 and 14 are the outlets. The black wire would have fed the always-on part of the outlet and the red wire would have fed the switched part of the outlet, until that was changed with the ceiling light. Then 15 and 11 are the switches. The untouched switch looks like this: 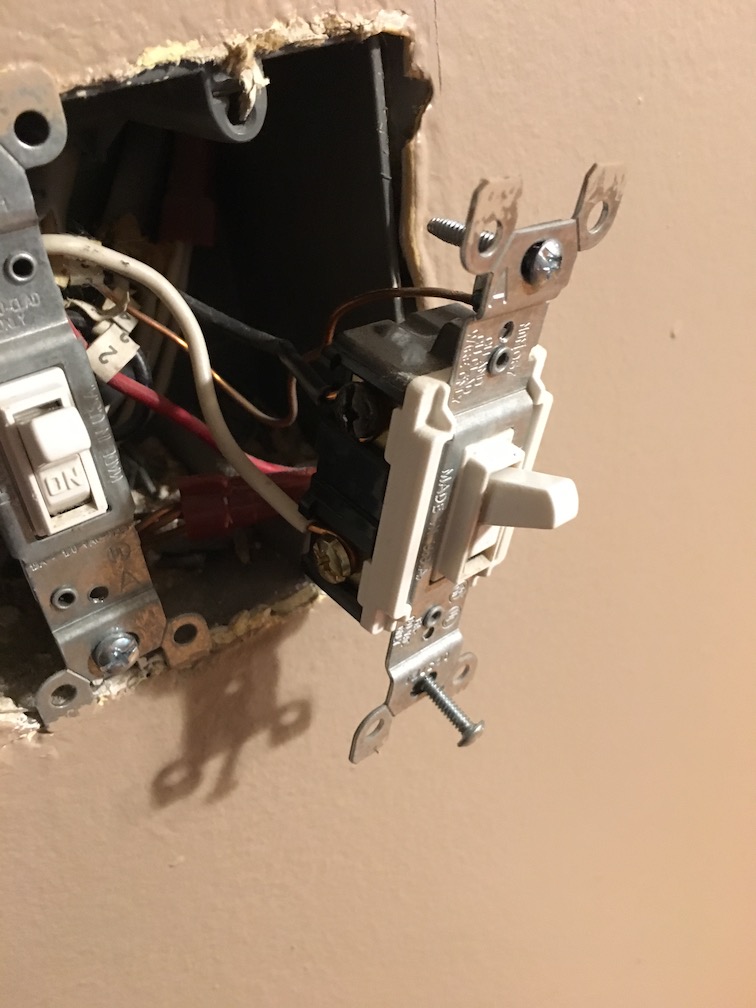 The other wires you see in the picture are all tied to the other, unrelated switch.

Looking at the 3 way switch in the photo, the black is the hot (common terminal) on the switch and the white and red are the traveler wires between both switches. And on the diagram for the junction box,15 and 11 looks like the two 3 way switches controlling the outlets on the red wire (switched) and the black feeds the hot side (hot all the time). These receptacle outlets look like their split controlled (one half hot BLACK and one half switched RED). The taps in the junction box (separate of course) has all the blacks HOTS and whites NEUTRALS and red SWITCHED wires feeding the rec outlets. Hope this helps.

When you reinstalled the new outlet did you break the metal tab? If not both halves are hot all the time. Normally one half is switched RED and the other half BLACK is always hot in your situation. The electrician used the RED wire switched for the light at the outlet. By not breaking the tab, you are back feeding power to the switch (ON THE RED) from the BLACK on the outlet. So that is why you are getting 3 voltages (AT THE SWITCH) from hot BLACK to ground, RED to ground,and WHITE to ground.