How efficient is a drop ceiling?

I have a small room (about 260 sq ft) with a tall ceiling (about 13 feet tall). It's very hard to heat that room up because the heat goes up and doesn't want to heat the lower part where the people are. If I install a suspended ceiling, how much would that help?

A suspended ceiling may help a bit. They are not designed to be insulators, but it will keep the hot air lower. Right now in the room, you should be able to feel a gradient where it gets warmer. I suspect that more or less you'll have the same gradient, but moved down by roughly the same amount you move down the ceiling: eg if you put a drop ceiling at 8', the warm air will effectively move down by 5'.

Now, I think the real trouble here is not the ceiling height, but the existing insulation, circulation, or heat source. Let me address them:

If you continue to put heat into a space (whether forced air or radiated), it has to go somewhere. Right now, if you're heating the room and only the top part is getting hot, it means the heat is escaping: either through a hole (window, door, vent, etc), or through the walls. To some extent (because you can't have 100% insulation), heat is always going to escape eventually, but if there's not enough insulation and the heat is escaping faster than it's being added, you end up with a cold room. Addressing this is a matter of figuring out the source of the leakage. Keep in mind any drafts will cause significantly more heat loss than just poor insulation.

The other side of it is circulation. It's hard to provide specifics here without knowing more about the room, but in some cases installing an air return vent (if you have forced air heating) up high may help, as it will cause greater mixing of incoming air to make the whole room feel warmer. Another option may be a ceiling fan, running in reverse. This also causes the air to mix better, without actually having a noticeable down-draft below the fan. 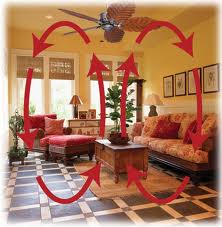 A tool that may help you identify insulation problems is an infra-red thermometer, which can be found online or in any big hardware store for anywhere from $30-$100. (A thermal camera is even better and much more detailed, but they are significantly more expensive). 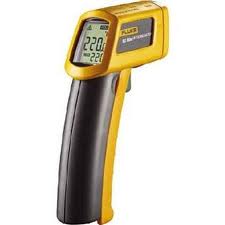 It's also possible that your heat source is simply inadequate for the space, or set up wrong.

If you have forced air, maybe this room is too far away, the supply pipe is too small, or the system isn't balanced properly. This is common in homes that have had additions, where the HVAC system was not considered.

If you have radiators, they may be too small, or maybe the controls (if they can be individually controlled, or you have a zoned system) are in the wrong place. For example, if the thermostat is in a small room that (for whatever reason) heats up faster, it will shut off the heat before your problem room gets warm enough. Relocating the thermostat may make sense, or you can use dampers to change the air flow to the rooms.

I would recommend at least figuring out if you have one of the above problems first, as the worst part would be if you install a drop ceiling and then find it doesn't have any major effect on the room temperature.

Not the answer you're looking for? Browse other questions tagged heating ceiling or ask your own question.

1
How do I mount a ceiling box in 4" thick ceiling?
4
Worthwhile to insulate basement ceiling while remodeling?
0
How do I fill holes around a newly fitted ceiling light socket?
4
What do you call a false ceiling dropped below a main ceiling used for indirect lighting?
0
U.S. NEC on adding wires in a finished ceiling
1
I'd like to raise the ceiling height on my second floor but the roof is flat. How do I do this?
0
Dropped ceiling for small area (6ft by 3ft)
0
Sloped ceiling - remove hot air with exhaust fan
2
Replace drop ceiling with drywall and soundproofing