Why would a switch be wired with its neutral connected to ground?

I'm rewiring a few bedrooms in my house and came across some interesting wiring on both of them: 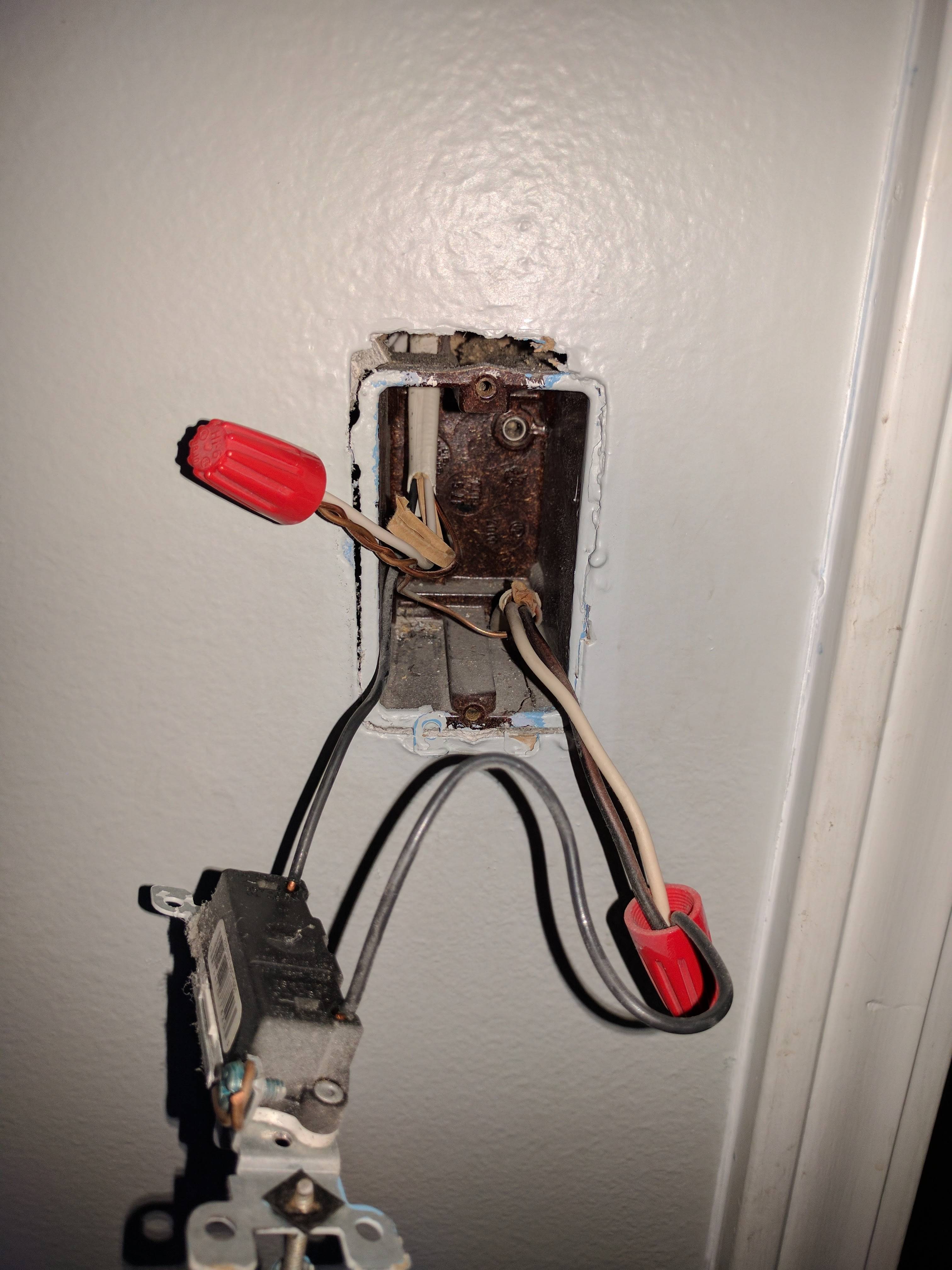 The picture that you show indicates some very serious and dangerous wiring connections. This was clearly done by someone that had NO clue to proper wiring craft and codes.

Since you have found similar issues in two spots it leaves to question about how much the rest of the abode is wired in similar careless and dangerous way. I would recommend that you bring in someone who knows all things related to mains wiring and codes and perform a 100% survey of all your electrical wiring including all boxes, panels, lights, switches and outlets. Without doing a rigorous job of this you will have no idea how much risk you are dealing with before someone or something gets electrocuted or seriously damaged.

First I thought he was working around a broken wire. Except he did it twice.

Each wire provides a separate function, and each is important. But paralleling is bad even if you had an extra wire, for other reasons.

For each cable he surely did the same thing with both ends. So that means you need to follow those two cables upstream and downstream (to the lamp) and inspect there too.

All this needs to be corrected. If the house is full of it, it'll be a lot of work. You can do it if you're willing to get a book at the library and school up on wiring basics. (don't learn too little and end up making it worse, that's what he did!). You can hire an electrician but it's big dollars for not terribly hard work.

In the meantime, this is a serious wiring hazard for so many reasons. I would at the least get some GFCI + AFCI breakers until it is fixed.

At some point someone decided to change the switching arrangements, changing the previously switched connection to permanent on and adding a new switched light. So they connected the old permanent live and switched live together and connected them to one side of the new switch. They did not have a Neutral available at the box so they misused the Ground as a Neutral.

Another possibility as someone mentioned in the comments to another answer is that it was originally a bodged 3 way switching set-up and one of the switches was later removed.

Misuing the ground as a Neutral is bad for several reasons.

On the plus side it at least looks like you have sheathed cables rather than single wires in conduit. That will likely make things easier to trace out.

Thanks everyone for all the input. I figured this out tonight, and it was as i suspected: a lazy half-hot outlet rewire.

Here is where the "bad" line originates: 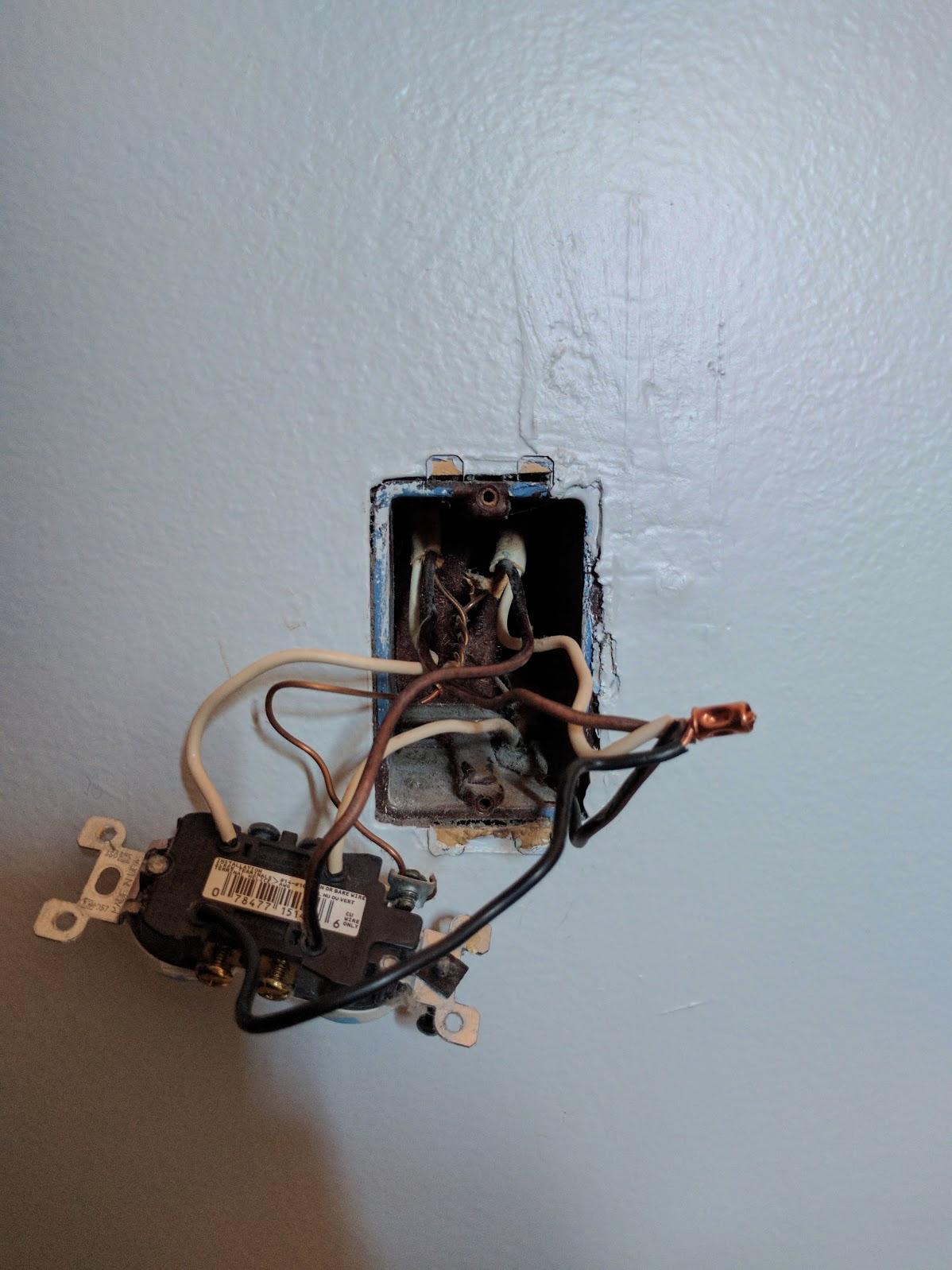 This outlet has the tab broken, so it was originally a half-hot. I have actually rewired a room that was still half-hot in order to install a ceiling fan. Only when I rewired it, I put in a new duplex switch, and connected the neutrals back together so the line to the switch could be used to connect to a new line to the ceiling fan.

This bozo decided to not rewire anything at the outlet and instead capped and pigtailed the hot/neutral-acting-hot together as the power input to the switch, and ran the neutral/ground from the fan back down the ground wire.

All they really needed to do was move the neutral in the outlet box off the hot pigtails and onto a neutral pigtail (like I had previously done in another room), but for some reason they were either too lazy/didn't know what they were doing/thought running neutral to ground was OK.

Had I known this earlier I would've just fixed this outlet wiring like I did in the other room, but I'd already ran a new wire, so I just cut the bad wire at both ends and stuffed it in the wall. I imagine this is the same case in the other room where I found this (I will make sure to confirm before assuming 😀)

There's no way the wires at the bottom would be your power source. If it was, your hot and neutral are nutted together. That would cause an immediate trip of your circuit breaker. So I suspect the top wire is the power source.

It's obvious the ground is being improperly used as a neutral (this is a major shock risk the way it's wired). My bet is if you open the fan you'll find that the light and fan each use a wire. Someone probably had a double switch at one point and did it this way to avoid running 3-line wire.

Assuming you've got the fan and light on separate wires you can actually fix this easily.

4
Strange light switch wiring… why would neutral and hot be connected?
3
How can I install Z-Wave switches in these different situations?
1
Wiring light switch with neutral (Z-wave)
1
Why is my light connected between two red wires on a circuit with two switches?
2
Wiring a ceiling fan and light switch with two three-cable wires
10
Why is there no neutral in a switch box?
2
Moving patio fan to its own switch
2
Why neutral wire connected to load wire?
2
Why is neutral wired to ground at this switch?
1
Hot disconnected/ Neutral still connected OK?