The sink drain pipe was changed to ABS (previously metal), but it leaks at the point where it joins the drain in the wall.

How to fix this mess?

EDIT: I chiseled off the epoxy and removed the ABS pipe. Now it's clear the nipple, if that's what it is, is severely corroded (see image below) and is most likely the cause of the leak.

How do I remove the nipple, which is really solidly stuck and seems like it will easily get crushed? A Youtube video suggested carefully cutting a tab into the top of the nipple and squeezing it into an oval shape to "easily" unscrew and remove it. Recommended?

Also, assuming I get the nipple out... what should I replace it with? Another galvanized steel nipple or something else? 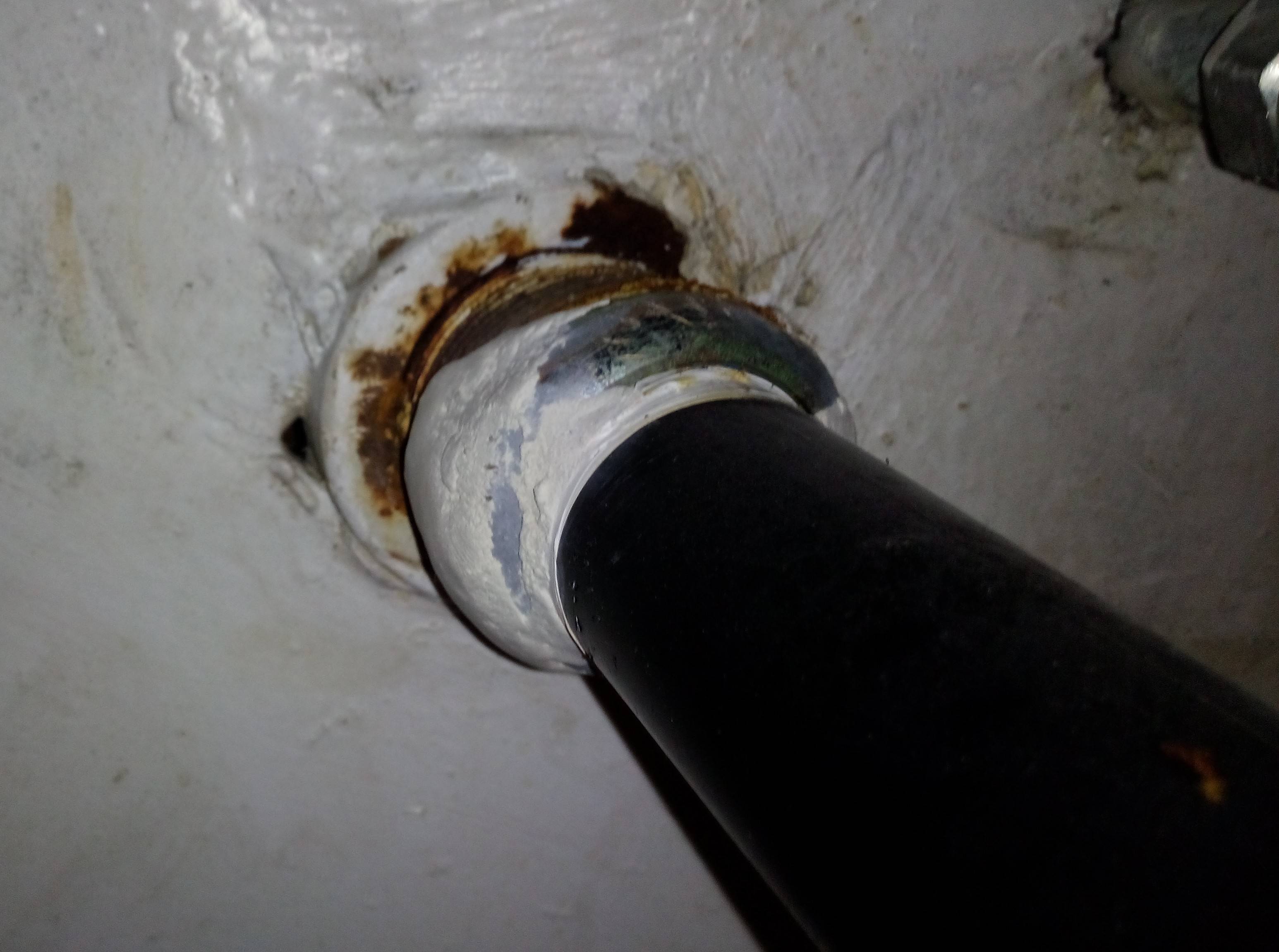 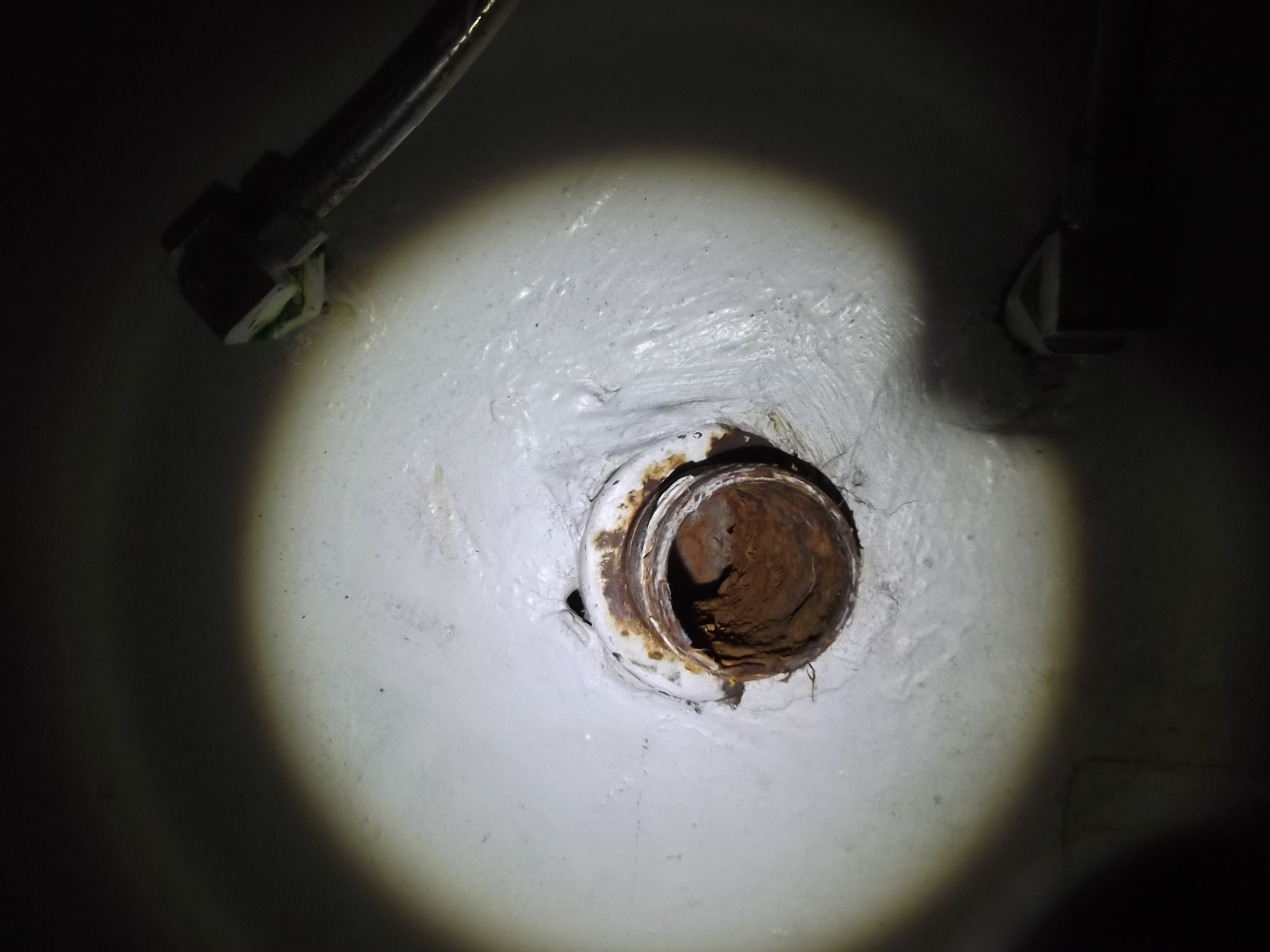 I think you probably know what you need to do... remove ALL that crap. Sloppy glues and putties never work with plumbing. It needs to be repaired the proper way.

The application of that epoxy has complicated this job. Your mission is to remove all the epoxy so you can see what you are dealing with.

The typical connection at that point: the plastic tube slides into a threaded 1 1/2" galvanized steel nipple (nipple is term for short pipe threaded both ends). A 1/1/2" slip-joint nut and washer on the plastic tube thread to the pipe to effect a seal.

There is a chance that:

All the scenarios above (and many other things that could go wrong) can be remedied using special tool/procedures/parts/tricks. Taking pictures and bringing parts/pieces to a good plumbing shop will help tremendously. IMO you should not even waste your time at the big-box stores.

Not the answer you're looking for? Browse other questions tagged leak drain sink or ask your own question.

7
Connecting a P-trap to a female drain connector in the wall
2
What should I use to seal the ball rod on a pop-up sink drain plug?
3
Should a bathroom sink drain outlet flow away from the trap, or back toward it?
2
Leaking drain joint in reconstructed pipes under new kitchen sink
5
How do I plumb this kitchen sink to stop the leak and improve drainage
10
How can I temporarily repair a lengthwise crack in an ABS drain pipe?
1
Is a drain snake the right tool to clean a long-term clogged bath pipe?
1
Can a corroded kitchen drain pipe stub going in wall be unscrewed? Is it just a nipple?
1
Can I connect a vent pipe from a defunct waste drain to a different, active waste drain pipe instead?