Installing a ceiling light and rewiring switch and outlet

I have a bedroom that has no ceiling light. The bedroom is on the first floor, below our living room so there is no access from above. There is also a light switch that controls an outlet. I would like to install a ceiling light, controlled by that light switch and rewire it so the outlet is no longer controlled by the switch. The switch is not directly in line with the desired location of the light, so at some point I will need to go through a ceiling joist or a stud in the wall but I am not sure what is my best option. As a novice who has no electrical experience beyond changing out bad switches/outlets and simply rewiring them the exact same way I found them, I would appreciate as much information as possible on this. 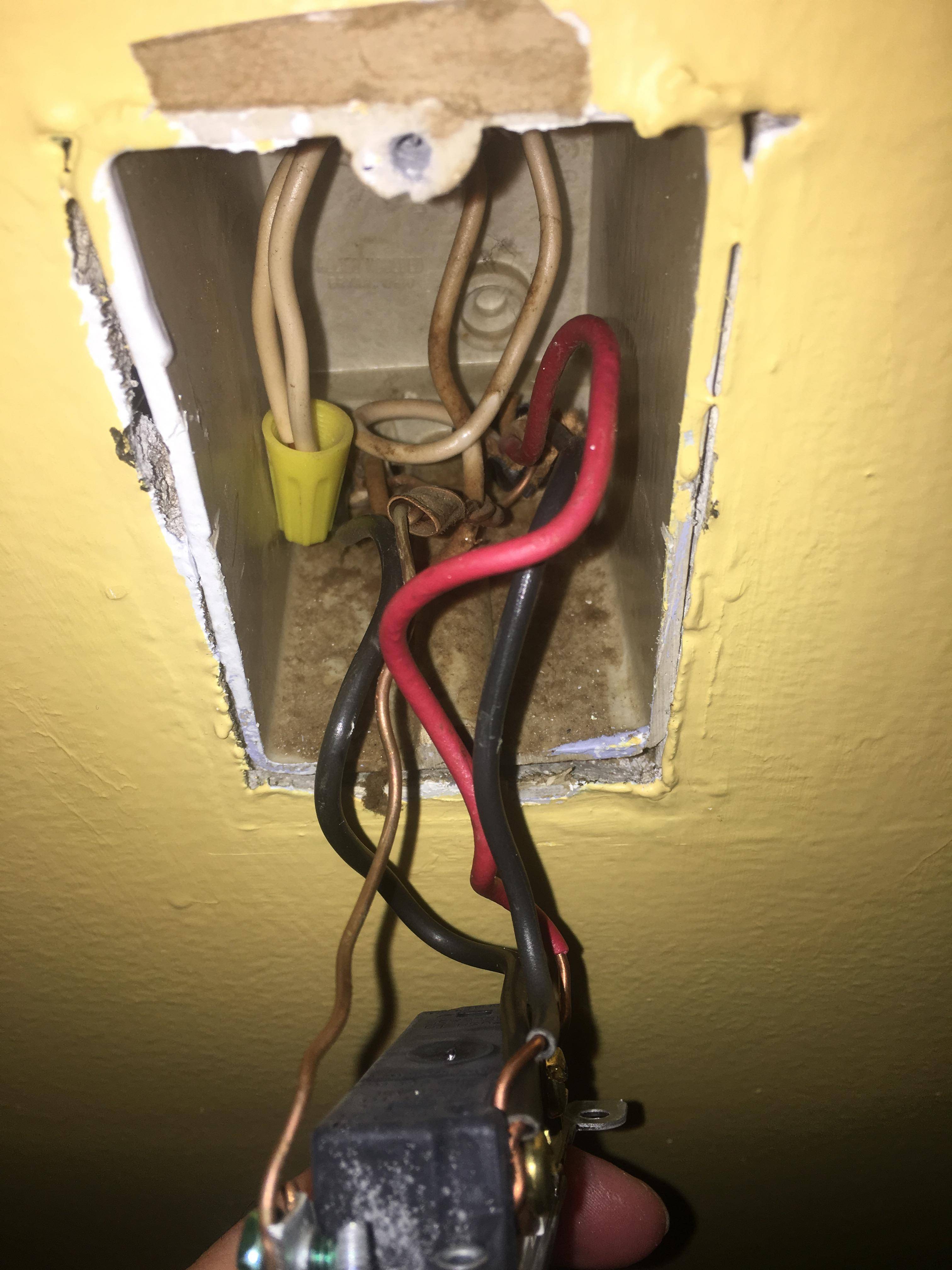 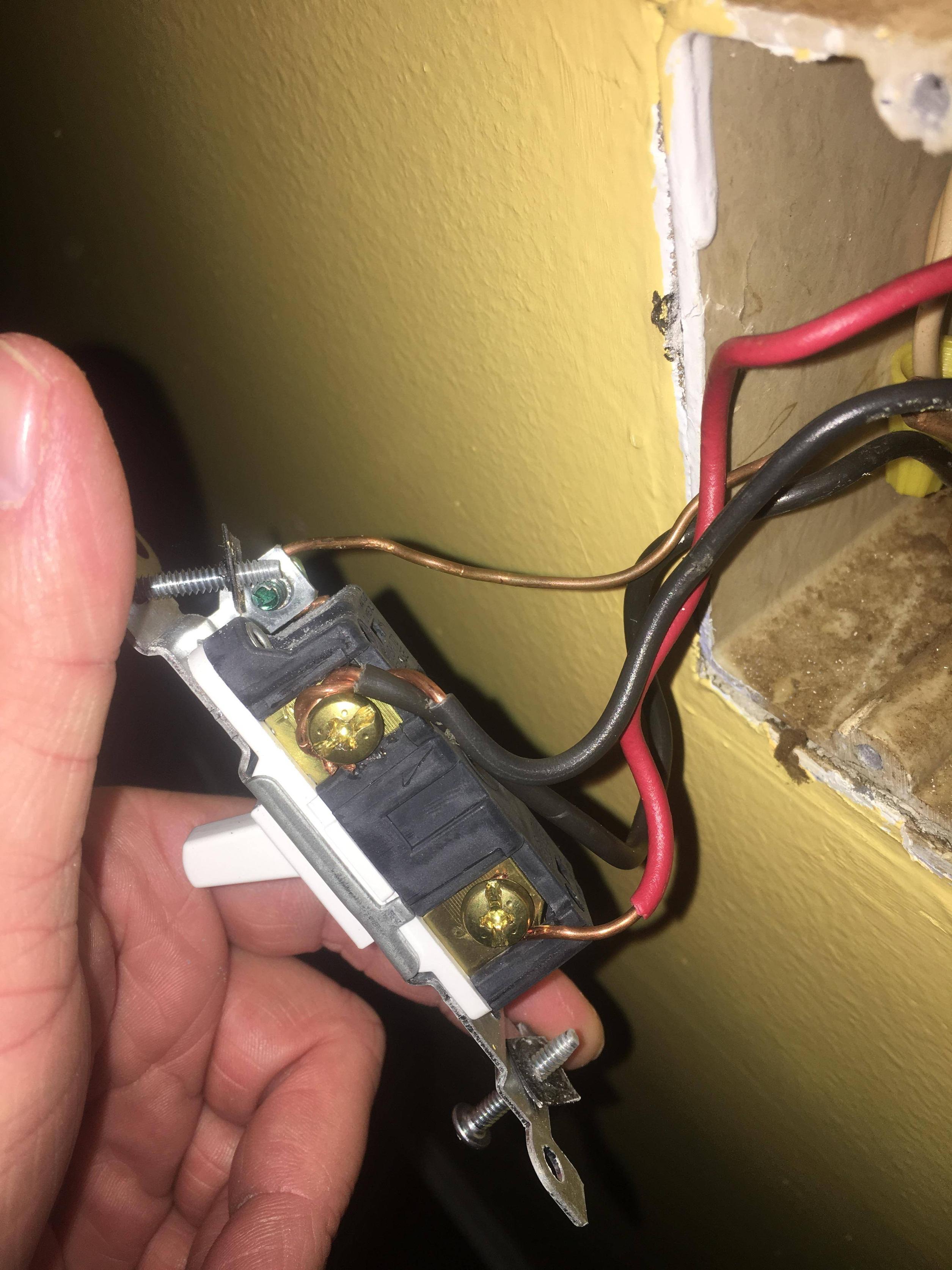 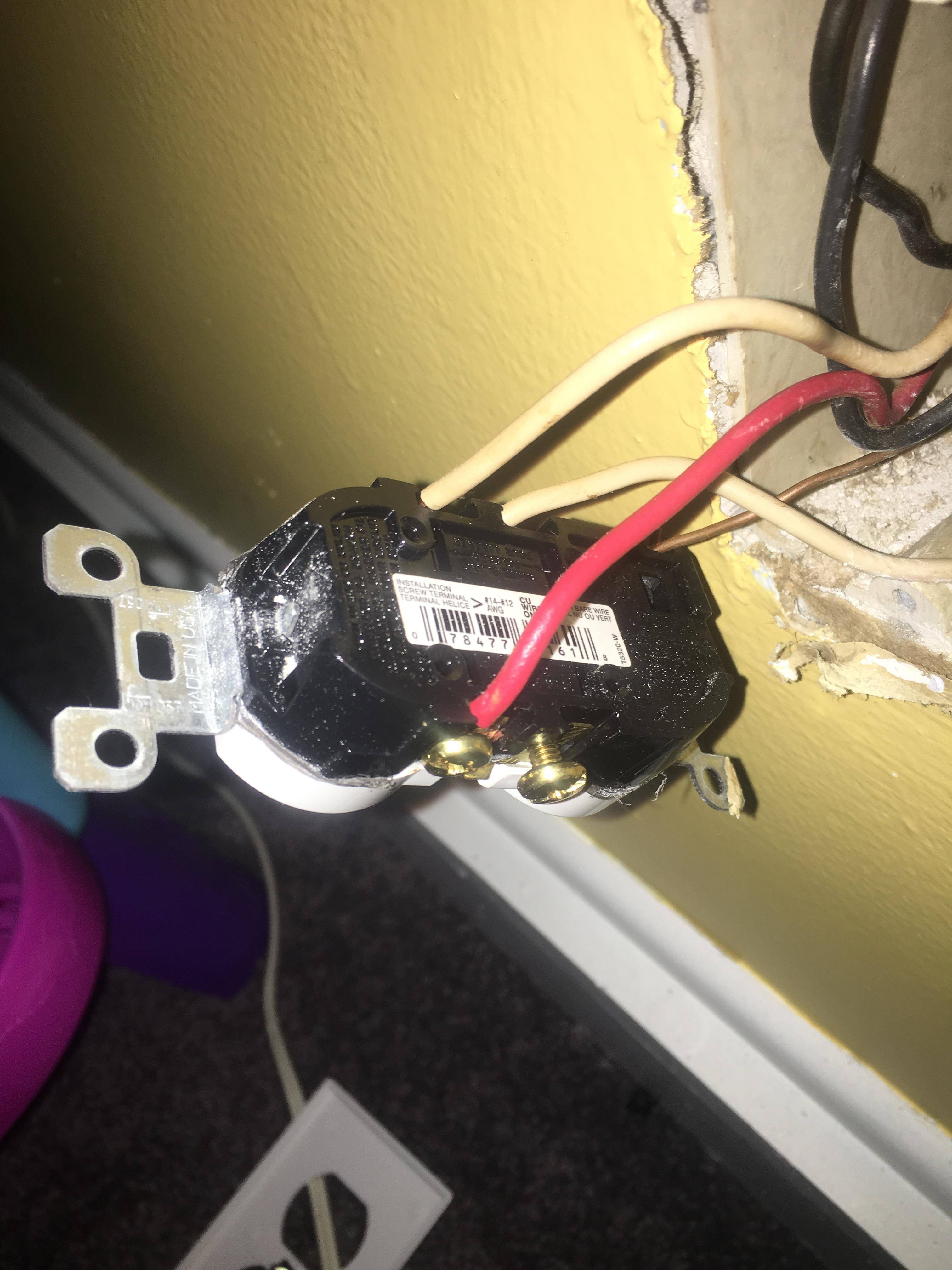 This may require you to cut the nails/bracket attaching it to the stud. You should be able to accomplish this using a hacksaw, oscillating multi-tool, or any other thin bladed saw.

2. Get a flexible drill bit

They can be a bit expensive, but you're going to need one if you don't want to remove the drywall. I recommend getting the whole kit, which includes the alignment tool. It will also come with a tool for pulling cable, which might come in handy later.

3. Cut the hole in the ceiling

Use a drywall circle cutter, hole saw, jab saw, utility knife, etc., to cut the hole for the ceiling box.

4. Drill up from the switch box

If you're lucky, there'll be no fire breaks in your way. If there are, you'll have to drill through them as well. Use the alignment tool to get the flexible drill bit to the middle of the top plate, making sure the bit is straight and plumb (you want to go straight up through the top plate(s)). Keep in mind that it might be a double top plate, so it might take a bit longer than you'd think.

NOTE: The drill bit has a little screw on the tip, so it will basically pull itself through the wood. You're not going to have to apply much pressure, just let the bit do the work. If the bit gets bound up, you'll have to reverse the drill to get it to back out.

5. Bore through the joists

Position the flexible drill bit up through the hole in the ceiling, so that it hits the joist a couple inches up from the ceiling. If you're only drilling through a single joist, being perfectly straight isn't that important. However, if you have to drill through more than one joists, you'll want to make sure that the bit is positioned as straight and level as possible.

If you have to go through more joists than the single bit can reach, you'll have to buy extensions to lengthen the bit. Another option is to cut additional access holes along the route, so you can drill from multiple locations.

This is the most difficult task, and might require cutting strategically placed access holes through the drywall. Basically, use any means necessary to fish the cable between the switch and the outlet. The flexible drill bit can double as a fishing rod, and can be used with the cable pulling tool to pull the cable.

You might want to consider buying a fish tape and/or fish rods, as they'll make the job more manageable.

If you want to control a light and fan separately, you'll want to pull three wire cable (hot, hot, neutral, ground), instead of two wire cable.

The current switch box is too full, so you'll have to install a double gang box to accommodate the new wires and switches.

To make the receptacle always hot, simply connect the line going to the receptacle to the feeder coming into the box (hot to hot, neutral to neutral, and ground to ground).

Make sure you turn the power off at the breaker, and verify that it's off, before beginning any work.

Make sure you install a ceiling box rated for ceiling fans, preferably one of the braced boxes.

Do your best to be sure there's no other utilities in the way, before drilling through joist. You don't want to hit a pipe, other electrical line, etc.

If you have carpeting on the floor above, you might consider pulling back the carpet and opening up the floor.

Not the answer you're looking for? Browse other questions tagged ceiling light or ask your own question.

6
How can I install a light fixture in the ceiling of a finished room?

4
Is it safe to drill into the metal spacer between drywall and joist?
2
What are your recommendations for bedroom recessed lights in a step ceiling?
1
Installed Ceiling Fan, Now Light Switch Not Working Properly
1
Jumped light switch wiring
2
Installing WeMo Wi-Fi Dimmer Switch - Lights not turning on
2
Proper craftsmanship to mount Wi-Fi AP and ethernet cable to ceiling?
1
My ceiling light won't turn off, how do I wire it up correctly? (UK)
0
Master bedroom light switch is controlling the bathroom too?
2
Ceiling light wiring problems, please advise