How to remove ceiling joist cross blocks without tearing up roof?

I have a building on my property where the roof is made of 12' 2x4 joists with plywood laid directly on top of it. Between the 2x4 joists there are 2x4 cross blocks positioned where the pieces of plywood meet together. The plywood is then nailed to these cross blocks.

The 2x4 joists are sagging so I am planning to sister 2x6s to them to give more support. In order to do this I will need to remove the 2x4 cross blocks. My first thought was to just take a hammer to them and knock them out - I assumed that the nails would just come out. The problem I am running into is that instead of the nails pulling out of the cross block, they are pulling through the plywood that makes up the roof.

How can I remove these blocks without damaging the plywood that is above?

To clarify what is going on i've attached some pictures. Here is a picture of the joists and the one block that I have removed, on either side of it you can still see the blocks: 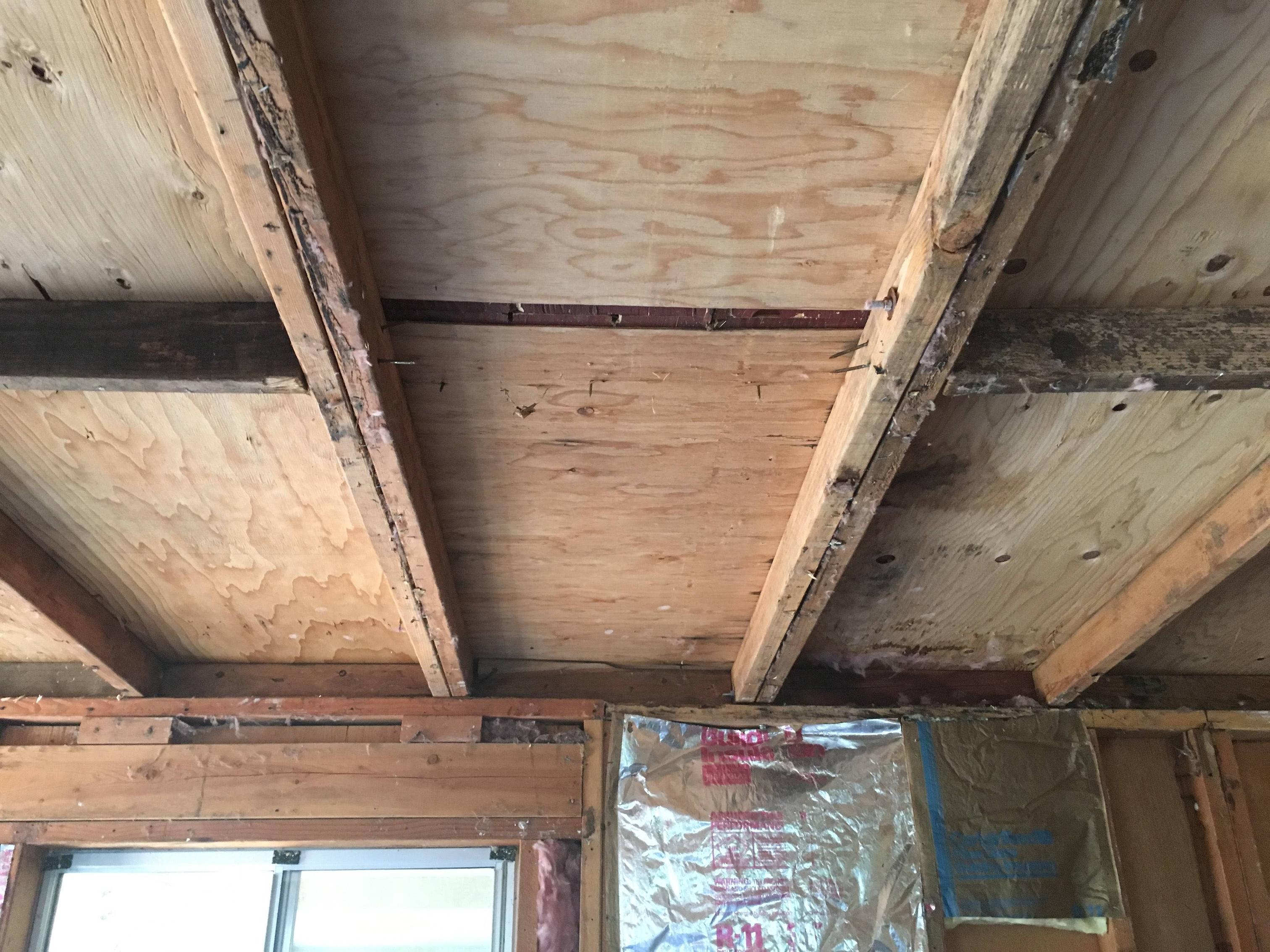 This is a closeup of where I have knocked out the block. If you look closely you can see that the nail heads have pulled through the plywood roof above: 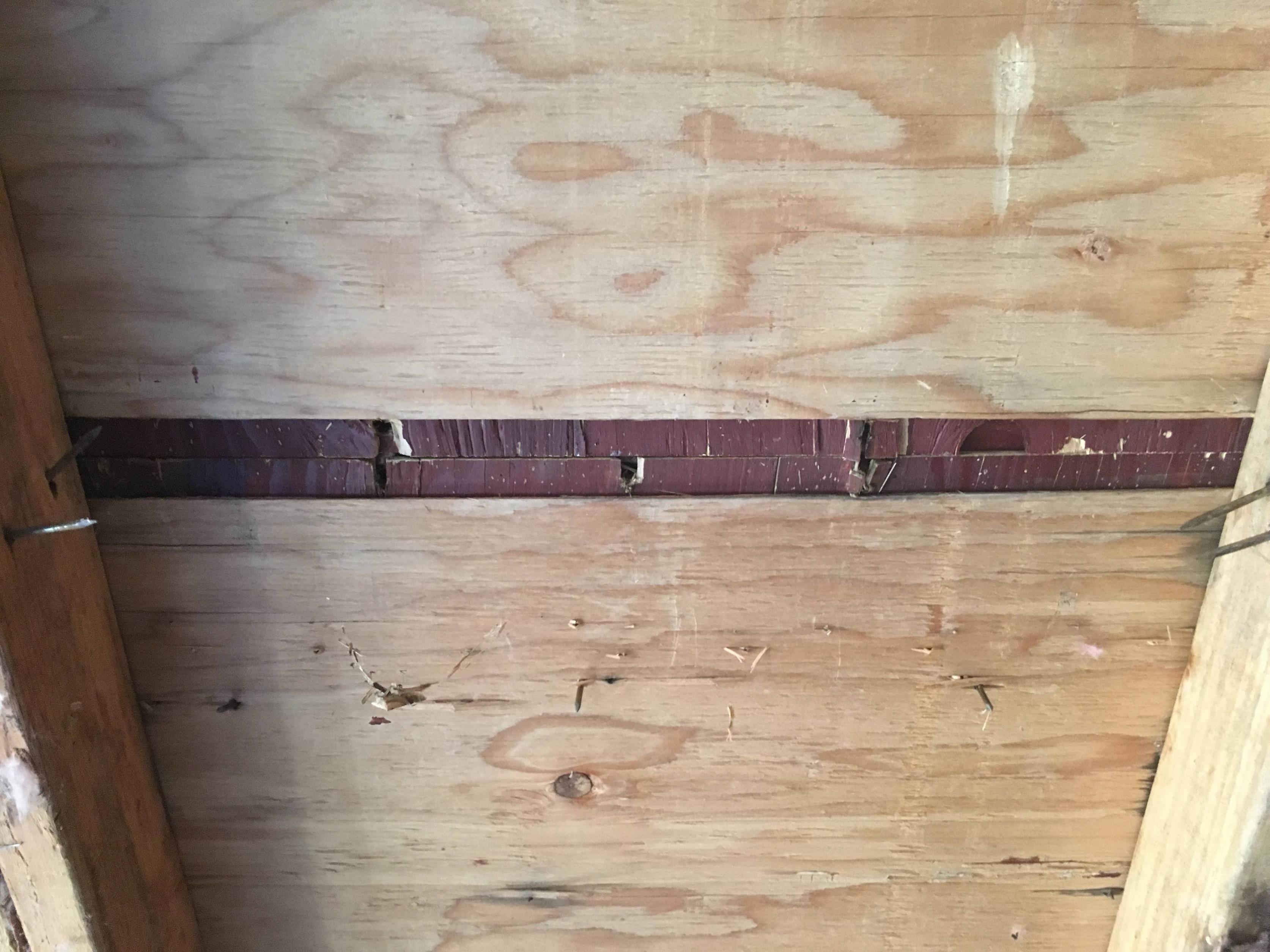 Not the answer you're looking for? Browse other questions tagged wood removal lumber or ask your own question.

5
How should I remove the texture from the ceiling *without* tearing it out?
1
Weight load of a hanging 2x4 shelf
25
Safe/professional way to transport lumber with just a roof rack
31
How to remove nails with heads cut off?
3
Need help with sagging gate double gates
1
When should screws be used for general wood framing?
1
Bevel a 2x6 long ways
3
Fixing very old, very undersized ceiling joists
0
How to sister 2x4s on top of each other?
0
How to remove door threshold