Currently, our house gets its water from a well via a pressure pump. The pump is located at the top of the well, and the well is ~20m from the house. 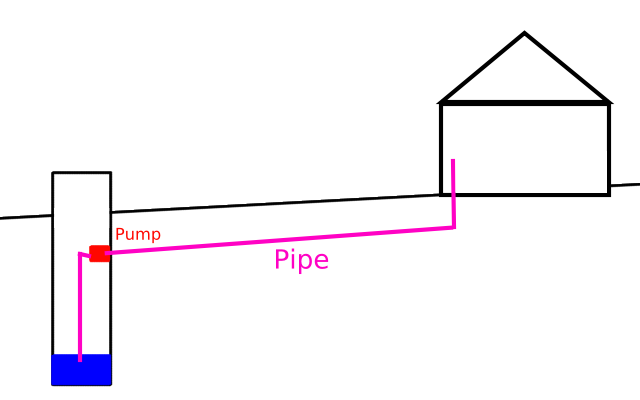 Pump is ~5m above water and ~3m below 1st floor of the house, the pipe is ~1m under the ground.

While it does work, we have had to change the pump 3 times over 6 years due to various reasons (rotor blades broke/got bent, motor burnt out, parts wore off). From what we can tell, most of the times the pressure control gets rusted/stuck and it either starts working non-stop, or is turning on/off at random intervals even if water is not being used in the house. Since the pump is not in the house, I can't say for sure how often that has happened, as we have observed it only few times.

My question is, would it be better to have the pump inside the house?

The air would be less damp, meaning less rust. Less work would be left for bladder as it would only need to push water through pipes inside the house, not the ones going to the house.

I've never seen a pump setup quite like that, and I've seen a lot of them. Either way, my recommendation is actually to install a submersible pump, here's why: 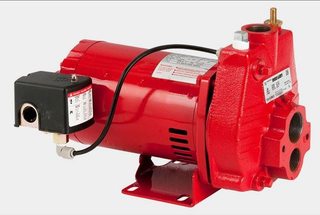 Assuming it's a jet pump sitting there (I'm not sure what else it would be) like the one above, it would be better to move it inside mainly for environmental conditions. The electrical connections are also not rated for outdoor/wet conditions, and frankly it looks unsafe because there's potential someone could touch water around it and be electrocuted.

There's actually two types of jet pumps: shallow well and deep well, and each has a different challenge in this case. 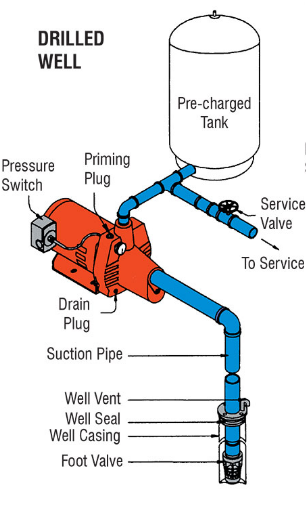 Shallow well pumps only have a single suction line, but can usually only lift about 5.5m (total vertical distance). Depending on how much higher the house is from the well, this may not be an option. 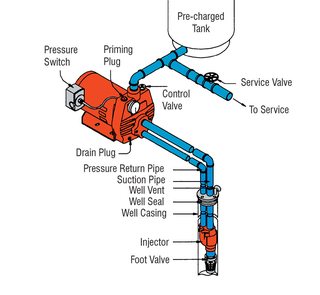 It looks to me like the best option would be to install a submersible pump. 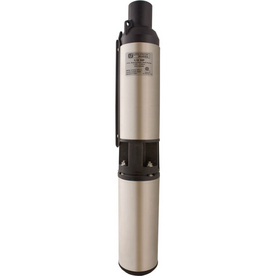 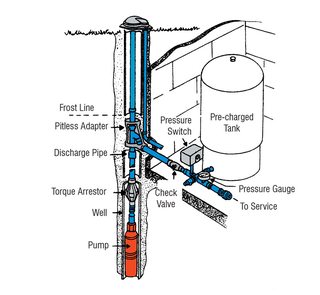 You already have power at the well (which is typically the biggest challenge with converting from jet pump to submersible), it only requires a single water line, and submersible pumps are better in several ways: more powerful, more reliable, no noise in the house, and never have to be primed.

If you only have two wires (plus ground) going to the well, you'll have to use a 2-wire pump, which is slightly less reliable because it has the control circuitry in the pump. 3-wire pumps have a control box in the house (where it's simple to replace if needed) but as the name implies, require 3 wires (plus ground).

Pressure switches cost tens of dollars and installing one requires only fairly basic plumbing and electrical skill (you can ask a separate question if you'd like more info on just how to do that).

7
How does one know if a well pump is “Short Cycling” or pressure tank is water logged?
1
What should I do if the pressure is too high in a home water pressure increasing system?
1
Well pump runs constantly; Pressure tank doesn't fill
2
How do I find out the correct pre-charge air pressure for my captive air water tank?
1
Well pump pressure loss
3
Water pressure drops in well water home, stops completely for 5-10 minutes, then comes back full pressure
1
Well pressure drops when pump turns on
0
Water Pressure Pump Location