Screws used for deck - how to replace?

I bought a house with large raised deck, and the home inspector told me that I need to replace all of the screws with no shear screws, and that since they used screws originally, I cannot use nails now. I've found no-shear screws that look like they were intended for the braces used on the deck. These screws appear to be just slightly thicker, which seems good to ensure a tight fit, but they are not as long as the screws currently in the deck. Will this cause issues or instability? Do I need to use no-shear screws that are both wider and as long or longer than the screws currently in the deck?

Finally, is there any chance that they used appropriate screws originally (pictures included)? How could I determine this?

**Update I've added another image showing where these are located. They are the only connectors for the horizontal supports directly under the deck surface and run from the house to a set of posts on the other side of the deck. The connector on the other side rests on the posts and these are attached to that piece. Thanks for all the comments and suggestions so far! 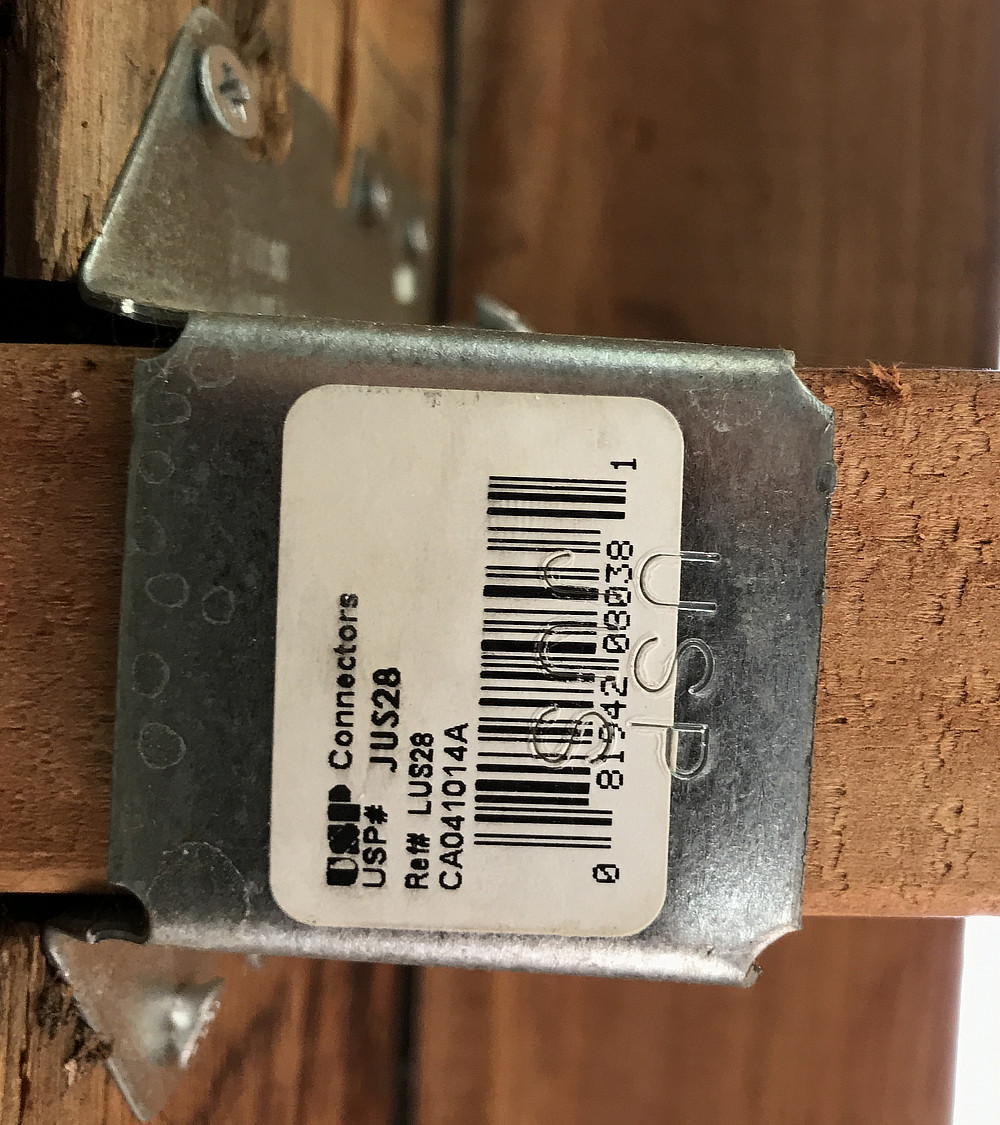 Chances are you only need to replace the screws that mount the hanger to the ledger. The screws that go diagonally through the joists aren't in shear and should be fine.

I'd think that no-shear screws of the same size (#8?) as the original screws would do, and hanger nails are typically only 1-1/2" long anyway, so that they penetrate the joist that they're hanging from. Here is Simpson Strong-tie's offering.

Not the answer you're looking for? Browse other questions tagged wood deck screws or ask your own question.

0
How can I build my own deck canopy?
5
How Can I Fill Screw Holes In Beam So I Can Move Screws Slightly?
2
How do I attach plywood over 2" x 6" deck boards in preparation for a waterproof cover?
1
Driving screws back into weathered deck
3
Difference wood and deck screws
2
How to ensure all deck posts are sharing the load
1
Proper deck post installation
3
How can I eliminate wobble in my surface-mounted deck railing posts?