Is it appropriate to rebuild brick steps with sandstone slab steps and landing depicted with dimensions in the picture "Final Constructed Steps" below using the original construction method depicted in "Brickwork Construction Details"? I am getting conflicting advice from contractors I am looking to hire (two say it's good, a third says it's bad and destined to fail) and I cannot find good resources on whether this method will hold up in the long term. 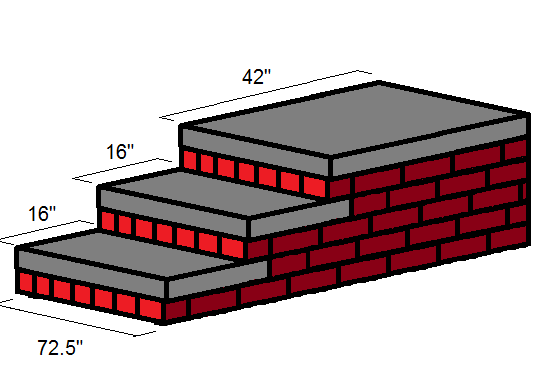 Note: Hand railings not depicted in this image, but will be present as required by code.

Also, the 16" width is the size of the stone slab, the exposed tread is roughly 12" because half bricks (8" length) are covering the rear of each 16" slab to provide support to the next slab. 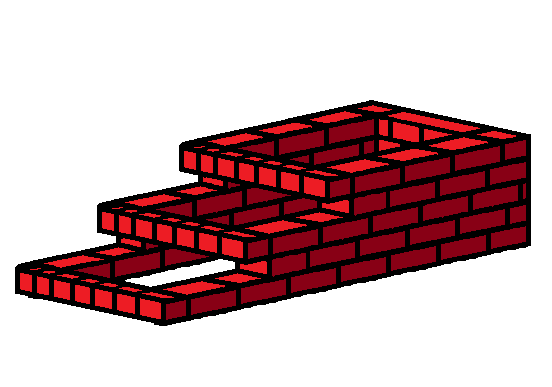 More details on why I ask:

My steps have deteriorated over the years using the depicted construction method. It has lead to bowing in the sandstone (Possible to salvage bowed sandstone slabs for porch steps?) over the 60 years of my home's existence. However, the front foundation wall for the first step was being pushed out by the earth and allowed the bottom step a lot of movement until I recently repaired it, so it may not have been entirely the fault of the original construction method.

That said, since sandstone is prone to bowing if left unsupported (as confirmed by discussion with several contractors), it seems like the original construction method may be weak in several areas. However, I have had two quotes from masons suggesting the same original method with new sandstone slabs and one quote from a more generalized builder who said I should have support the whole way across (build up the foundation and support each slab the whole way across with brick or equal sized material). I asked each about adding lintels to support the rear of each slab step and none of them thought that was a good idea (the masons thought it overkill and the generalized builder thought it insufficient). The method suggested by the generalized builder seems extremely sound, however it also is quite a bit more expensive. If the original construction method is truly adequate (provided no more foundation issues), then I would prefer to save some money to use on other projects and not needlessly overbuild my porch steps

Not the answer you're looking for? Browse other questions tagged brick stairs masonry or ask your own question.