I have a newish room (built in 2008, New York), and the smoke alarm had a wiring setup I am confused about. It has 3 black wires, 3 white wires, and 1 red wire. See attached picture.

Anyone know why there are so many wires? Shouldn't alarms just need 1 black/white? Not sure what the red was for.

I would refer to the original alarm in there, but the owner told me they don't remember how it was setup when they took it down.

Related, there are two wall switches in the room that don't seem to control anything - I am now suspicious that they go to this box, but no idea why you would want 2 wall switches going to the same box that has a smoke alarm? 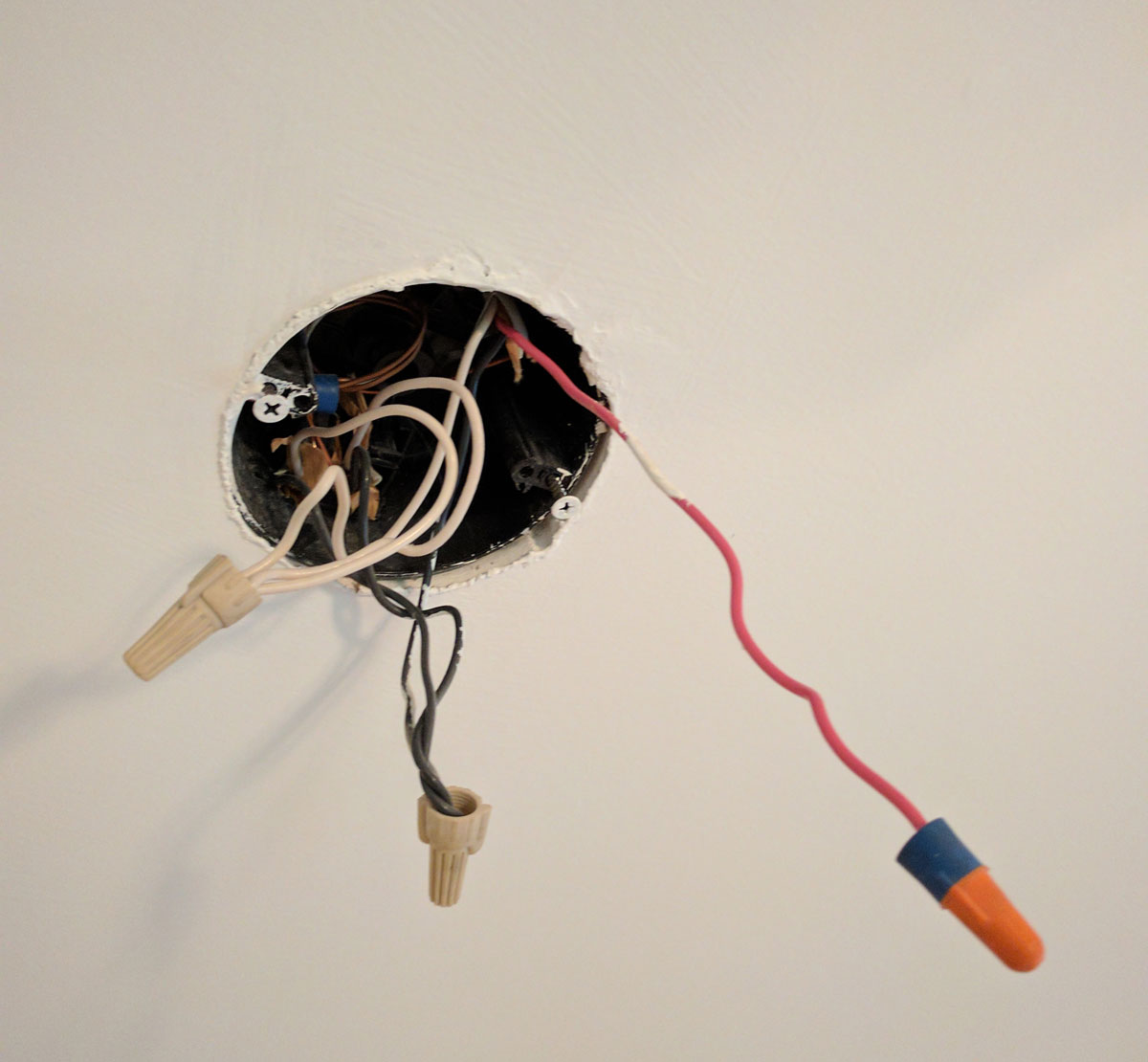 The red is probably the comm conductor for linked units. It is a bit odd that there's only one, but it could simply be the first in the chain. Without knowing the entire circuit layout I can't speculate further.

The extra blacks and whites are probably part of a lighting circuit on the same breaker. To connect your alarm you'd pigtail from each color.

4
Voltage between Red and Copper; and Black an Copper, but not white
1
Why is my light connected between two red wires on a circuit with two switches?
3
Changing old light switch 2 black wires and 1 red
1
Red wire in ceiling box: traveler or smoke alarm interconnect?
1
My light wiring has 2 white wires & one black wire
1
How to install vanity light - wall box has 2 white, 2 red, 2 black, 2 ground wires
0
Smoke detector wiring - black wire in 3 wire appears to be damaged. Can I use power from AFCI circuit to power but use red wire to interconnect?