I'm about to buy hardware for a treehouse project, and am wondering about the best way to attach 3/8' galvanized cables to a 4x10 PT beam. The cables need to be attached near the ends of the beam to keep them level, since it is anchored to the tree only in the middle. Basically it's an inverted tri-beam. See the image below. 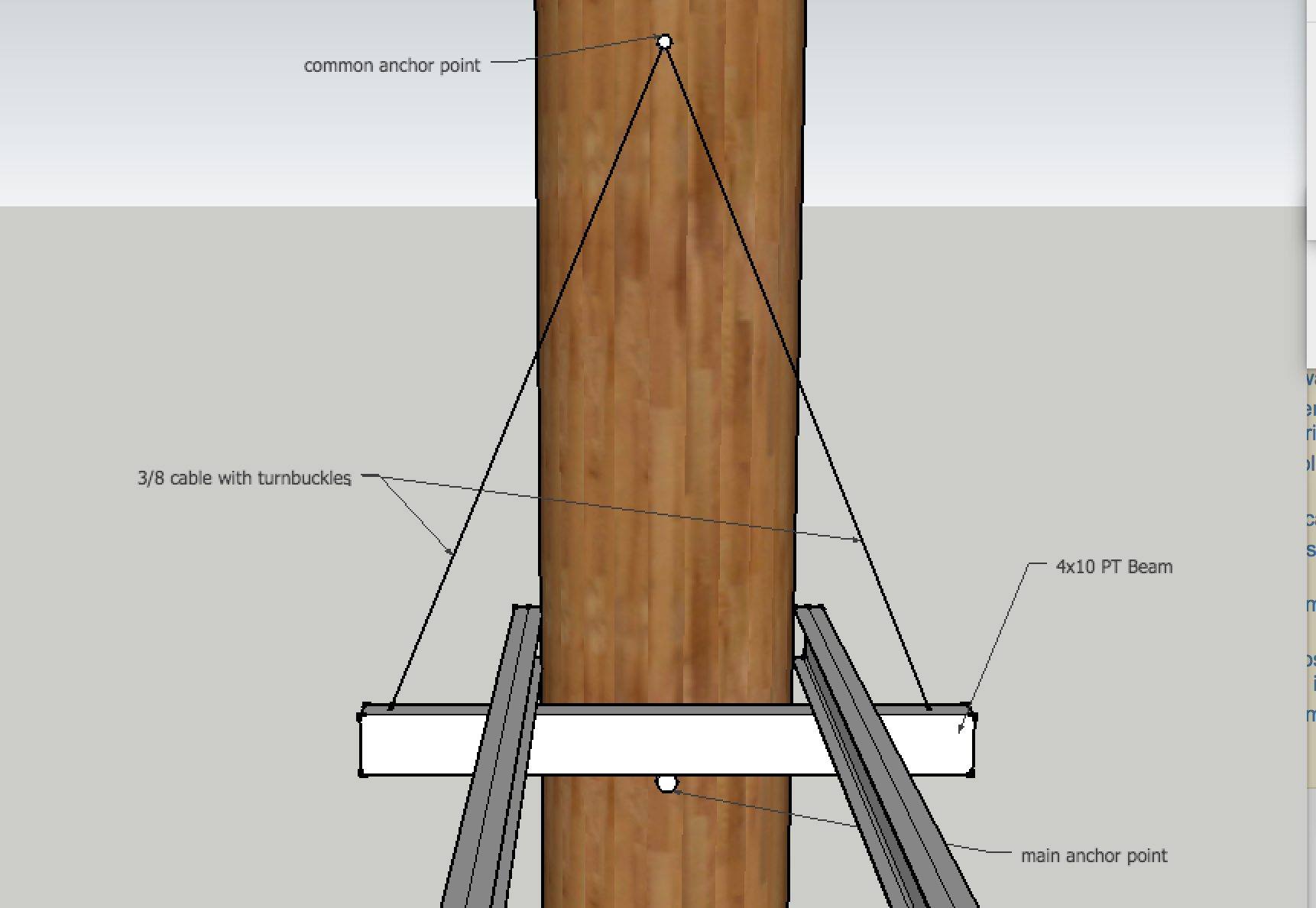 Initially I was thinking just 5/8" galvanized lag eyes would work, but now I'm wondering if just slinging the whole beam with the cable as a loop would be cheaper and stronger. If I chose the latter, I would probably fasten 2x4s to sides to keep the loop from creeping toward the fulcrum. Here's a crude diagram of that idea: 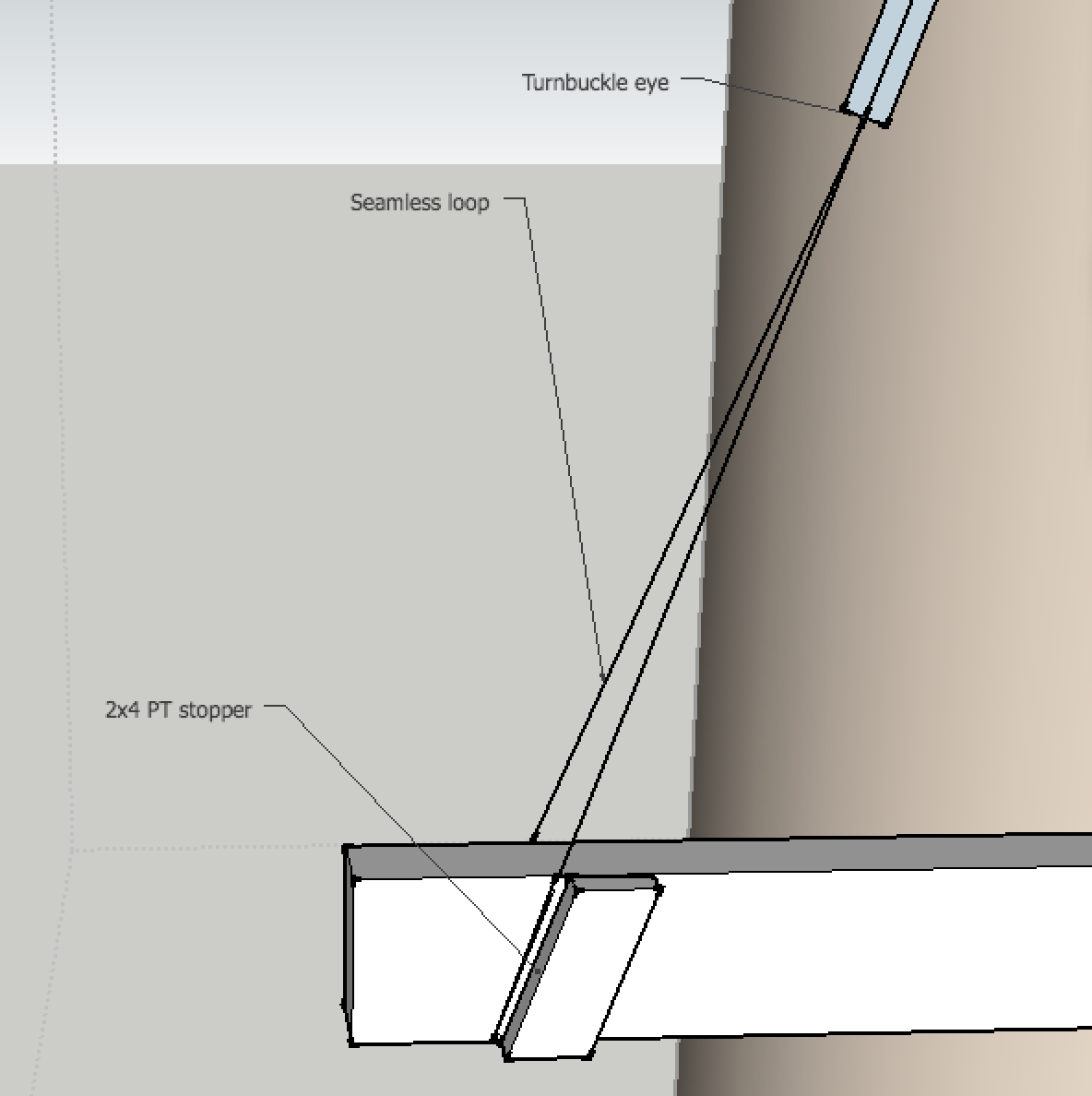 The other ideas I've been kicking around are 1)drilling through the entire beam at an angle and using a standard eye bolt, since this could eliminate the need for turnbuckles all together, or 2) Using a heavy duty D-Ring surface mounted to the top of the beam. But these seem like they would be weak, or worse weaken the whole beam.

My favorite so far is the loop idea, but I have a feeling I'm missing something.

I'd do a hybrid of your other ideas: Drill through the beam as you would for an eye bolt, but simply feed the cable through and terminate it with a stop of some sort. You could loop back on itself and use a clamp. Back it with a washer to prevent pull-through of any sort.

I did almost exactly this with a circular (ring-shaped) suspended treehouse in a huge white pine at my old place. It held solid for years.

Not the answer you're looking for? Browse other questions tagged deck pressure-treated treehouse or ask your own question.