What causes mold on brand new porcelain tile--literally after only 4 well-ventilated showers with fan on?

I just had a brand new addition to my house constructed including a new bedroom and master bathroom installed. All went well with two caveats: (1) there was substantial flooding in the house near the shower area from an unsealed roof cut (2) there were some leaks in the walls near the shower from the new windows (contractor's installation fault), and (3) there was some minor flooding in the one shower wall at one point due to contractor forgetting to shut off the water and cutting some lines. We also just experienced the wettest winter in 5-10 years in No. CA. Anyway, we have now used the shower ONLY 4 TIMES (with window open and fan on) and there is already significant blackening (mold-looking) on the porcelain tile. The tile store says this shouldn't happen. Contractor is claiming no knowledge. It doesn't make sense to us how this could even happen. 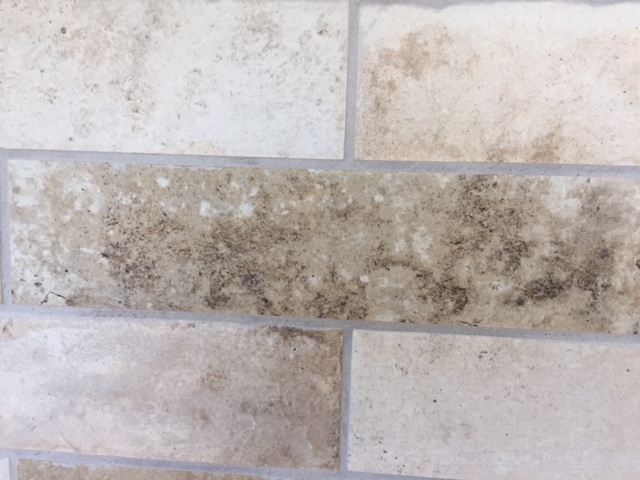 Browse other questions tagged shower mold or ask your own question.

7
Is my shower drain leaking under the slab?
1
What can I do with mold under grouting?
3
What could cause my showers hot water to not work well after water main work?
5
Should I be able to just peel tile off the wall by hand if it is installed right?
2
How do I fix squishy tiles in shower floor?
1
What is this black stuff that appeared on my drain after cleaning with a bleach-based cleaner and how do I clean it?
1
Leaking tile shower at corner near glass door
1
Slow drain after tub-to-shower conversion
12
What should I do about mold in a new build?