How To Identify/Fix Source Of External Water

My house is leaking!

It's hard to see but if I angle the camera just right, these small droplets of moisture become visible. This is from an East-facing external bedroom wall taken during a pretty heavy rainfall. They are about 3/4ths the way up the wall. Not right at the ceiling, but no where near the floor either.

Oddly enough, the other bedroom with an East-facing wall doesn't have any similar water spots.

The house does not have any gutters on this side of the house, but I did clean all of the gutters out just before this, to eliminate that as a potential problem.

Additionally, one corner of the room seems particularly bad. It has a visible (with the right lighting) spot of water damage on the ceiling: 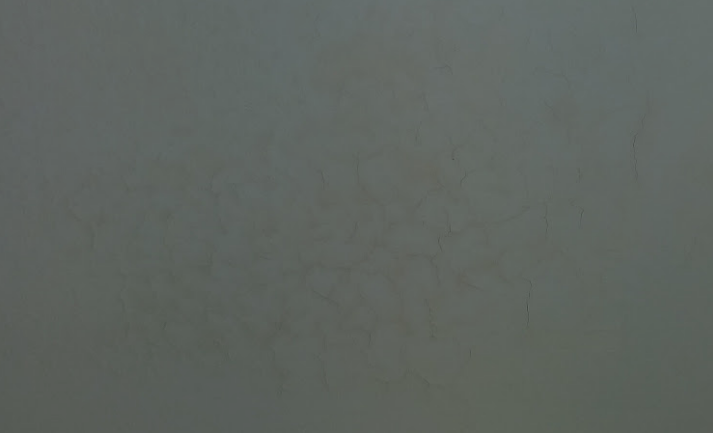 I had to zoom in pretty far and play with the contrast - but there is an odd webbing pattern that I believe is due to water. The entire spot is probably 4 inches in diameter.

Immediately below that spot, in the same corner of the room, there is some pretty bad damage near the floor: 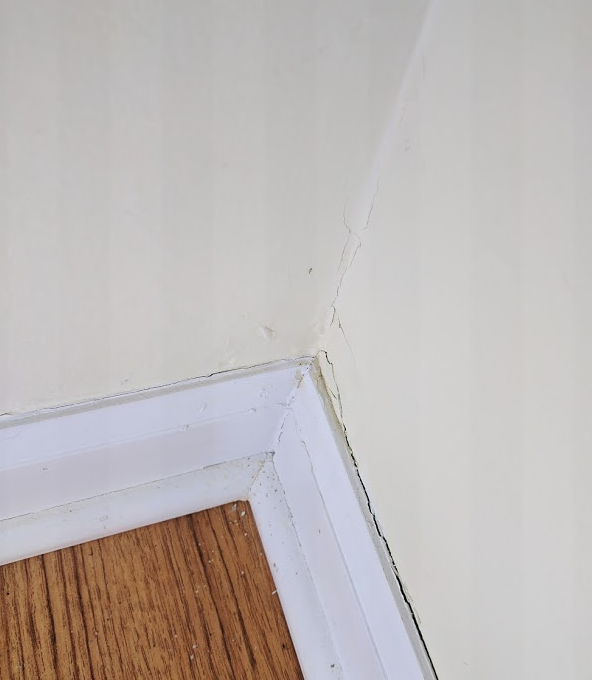 In the other bedroom (sharing the same external wall), I seem to have some very, very tiny bit of moisture just on the top of the baseboard along the floor.

My problem is, I don't know how to identify where the water is coming from, or how to fix it!

The roof doesn't have any visible problems. I went in the attic, to that particular corner (as close I could get) and I don't see any wetness from above. I'd originally thought it was water coming 'up' from the ground, but the drops of water on the wall are so high, it makes me question that.

Will ripping apart the wall help in any way?

I have some sort of wood siding - I assume there would be some waterproof something between it and the inside of my house. Can the water simply be coming 'through' the wall?

How do I go about figuring this out?

water waterproofing drainage
Share
Improve this question
asked May 1 '17 at 1:54

One tool that can help you is a drywall/wood moisture meter.

You poke the pointy ends into the drywall in the room or the wood in your attic and the meter uses the local electrical resistivity of the material to infer the moisture level. This can help you to find the wettest spots in the wall and the attic.

Not the answer you're looking for? Browse other questions tagged water waterproofing drainage or ask your own question.

6
How do I find the source of the water leaking through the ceiling?
3
How do we waterproof a cement slab floor that has moisture coming up?
4
How to stop concrete slab floor from absorbing water
1
Is it ok to re-slope one of my gutters to another gutter?
0
Water seeping through stained concrete in slab foundation - during heavy rain only
2
fix broken water pipe in garage (burst in winter)
1
Water coming up from under stone tiles
5
Can this water damage be explained by lack of gutters and grading issues?