Why is one switch hot wire black and another white?

I have two lights currently controlled by two switches (on the same wall plate), which I wanted to combine into a single switch. However, the wiring on the inside isn't what I was expecting, and wanted to check to make sure I understand what's going on. 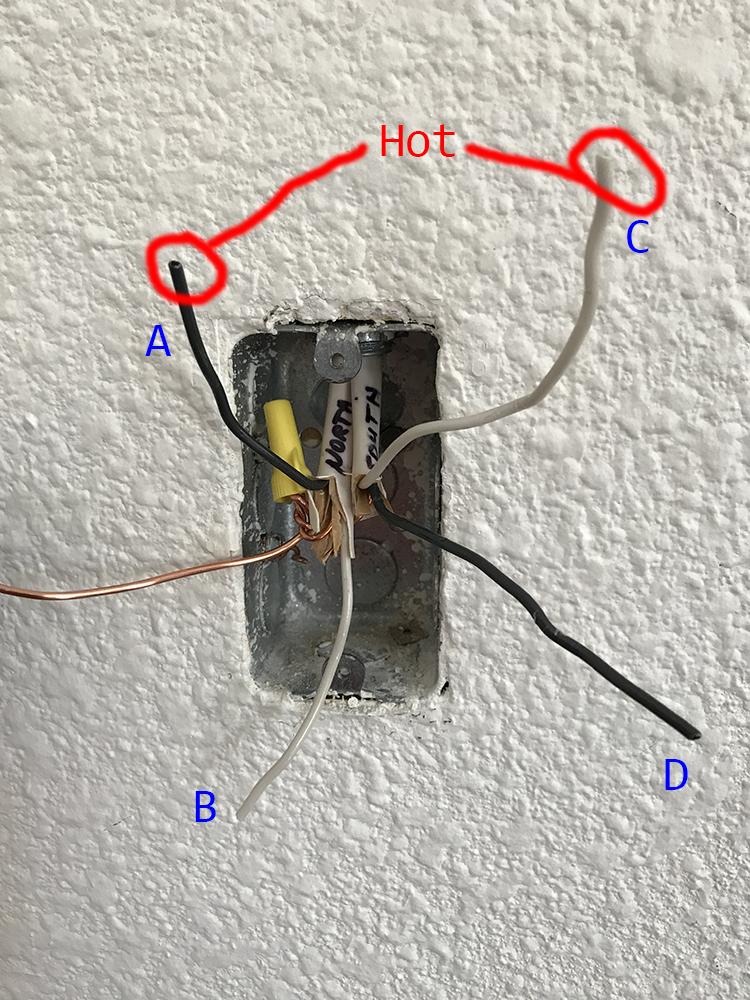 The wire labeled "north" is for the light receptical on the north side of the room, and south for south. However, what I wasn't expecting was for the white wire on the south side to be hot. Is this simply a case of the wires being mistakenly reversed, or is this something that was likely intentional? If the later, what's going on, and which wires would I need to combine in order to use one single pole switch instead of the previous two?

Here is the original switch, labeled with how the wires were before I removed the switch

Getting switch loop wires mixed up isn't any big deal. They are both hot, just one is always hot and one is switched hot. Since they are both hots, the whites should be marked with tape at both ends.

It appears both switches are on the far end of switch loops, and may even be derived from different circuits, possibly on different poles (notice how the installer broke off the common tab on the old duplex switch). So the easiest way to control them with one switch handle is a double-pole switch. Fortunately these do exist in household form factors, such as this Leviton CAB2-20W, which is rated for 277V so it's good for opposite poles (240V). AB goes on one pole, CD on the other.

There have been different conventions for switch loops over the years, depending on local codes and installer preference:

Many times the tape indicators are forgone out of laziness or ignorance. Looks like you have one of each scenario, and they may be marked at the other end.

Regarding your stated goal, it's not clear from the information at hand whether this is safely feasible. You need to return power to each switch, but it's not legal to do so outside the original cable. You'll need to investigate further and add details to your post about the entirely of both circuits.

2
How can I wire switch to convert a regular outlet to half switch?
2
Why is the white wire hot in my switch box?
0
How to wire half-switched outlet with two black and two white
1
Two white, two black, two ground, and red wire in ceiling box connected to switch
3
Why does single pole light switch have 3 wire cable when source is at the switch?
4
Can I connect a shared neutral to my Wemo smart light switch?
1
Black wire crossed with white in box
5
Light box with one black, a two-black-one-red bundle, and a three-white bundle connecting to fixture with one black and one white