How do I Secure the Vent Stack to Replace a Section of the Waste Vent Pipe?

Though similar questions have been asked 1 and 2, neither actually answer what I need.

My house was built in 1950 and its iron waste pipes are 'exposed' in the basement. The Vent pipe is clogged, with rust and according to a professional. The professional said I should only need to replace the 90 section at the base of the vent pipe that connects it to the rest of the waste piping, but lowest price was $1,000 so I want to try to fix this myself. 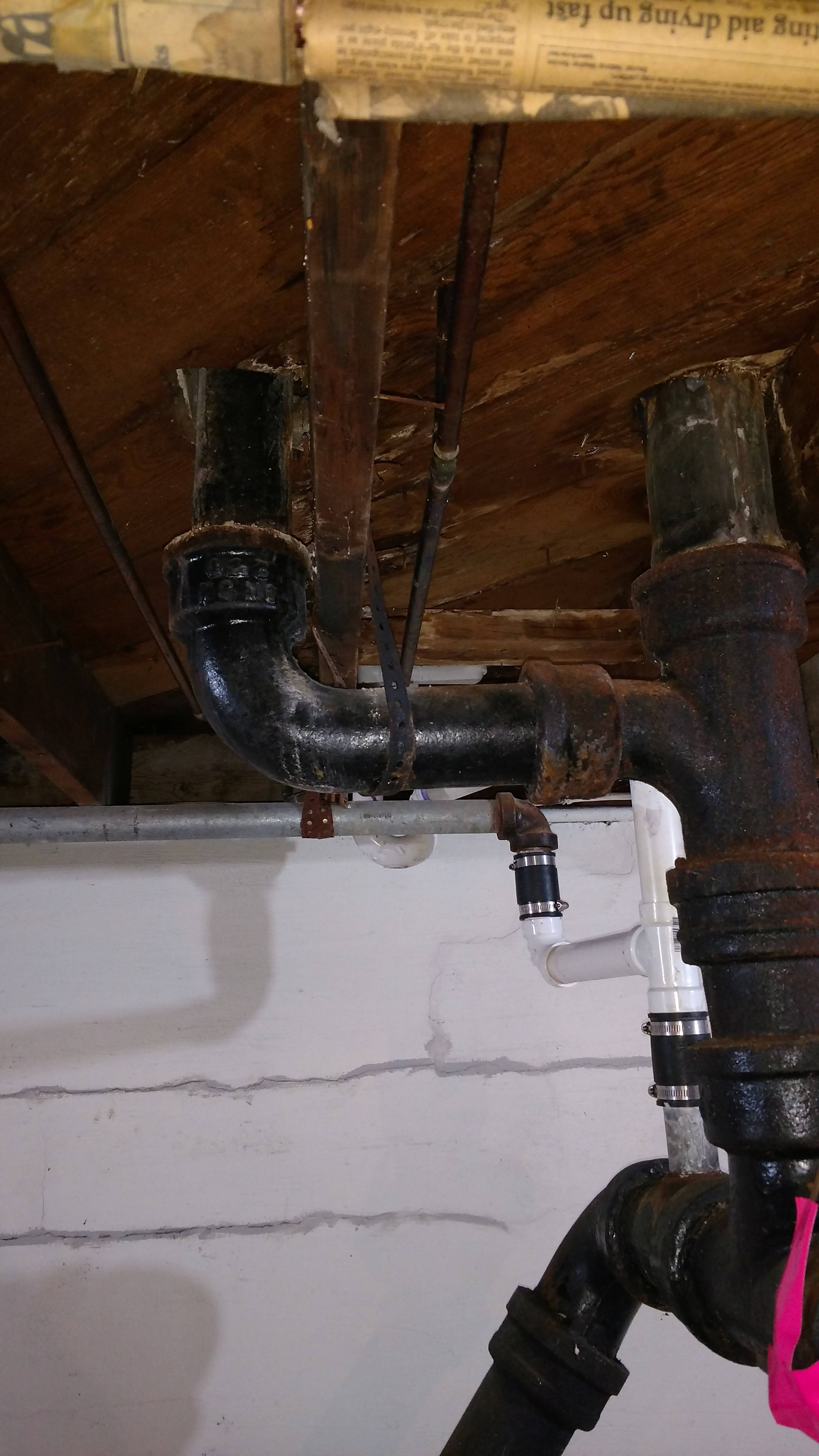 He also said the vent stack needed to be secured in the attic. I have found plenty on cutting and fitting a new pipe, but nothing on securing the vent stack. Securing it makes sense since the whole stack appears to rest there at the bend and if I remove it then the whole stack comes crashing down.

How do I prepare to replace this section of the waste drain and what would I need?

You should be able to hack together something to secure it, and you could probably do it from directly above your work area there in the basement, rather than having to climb up into the attic.

An initial thought would be to utilize a "band coupling" the size of the vent pipe, pushed tight against the subfloor. 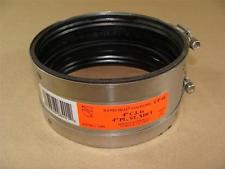 Fasion some flat steel strap or angle-iron into brackets that get clamped tightly to the pipe and screw to the subfloor from below. Use several (see lame picture that shows just one strap).

Not the answer you're looking for? Browse other questions tagged drain-waste-vent or ask your own question.

6
How do you replace a section of cast iron drain pipe?
2
Where should the main stack vent go?
0
Should I cap one vent in a two vent stack?
2
Adding sink fixture to waste stack with existing sink fixture
1
External stack pipe
2
fixing lead boot on waste vent
1
Amount of drop before vent stack
5
Is PVC an acceptable pipe for a vent stack through the roof
1
How is a waste drain vent pipe vertical clearance measured?