How to split an existing circuit breaker?

Yes, you can run a new cable directly from the panel to a junction box and split it there. Getting the new cable to that box might be a problem, but you can figure that out. 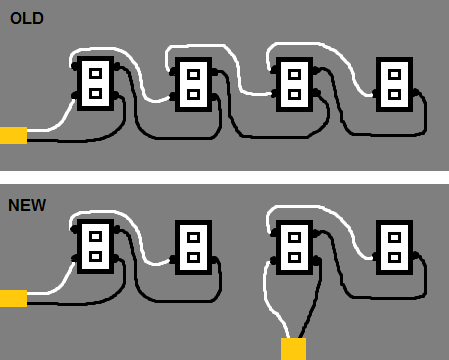 I would look at where the loads are possibly not in the center of the string. Remove the feed at that point now comes the hard part running a new cable to the string that was disconected make sure to use 12 awg for 20 amp breakers , 14 for 15 amp breakers matching the size wire that is being used now. If you are out of breaker slots tandem breakers may be an option if your panel is rated for them.