Why might a double-pole breaker have the same phase on each wire lug?

I recently encountered a strange situation in which a double-pole breaker had failed in a spectacularly unusual way. I can say this confidently because replacing the breaker solved the problem. What I want to know is what could have possibly caused this mode of failure.

In short: Both legs of the double-pole breaker appeared to be on the same phase. I have no idea how this could have happened because a straight breaker swap rectified (figuratively, not literally) the issue.

In long: Referring to the letters in the picture below, I measured the following voltages using my multimeter: 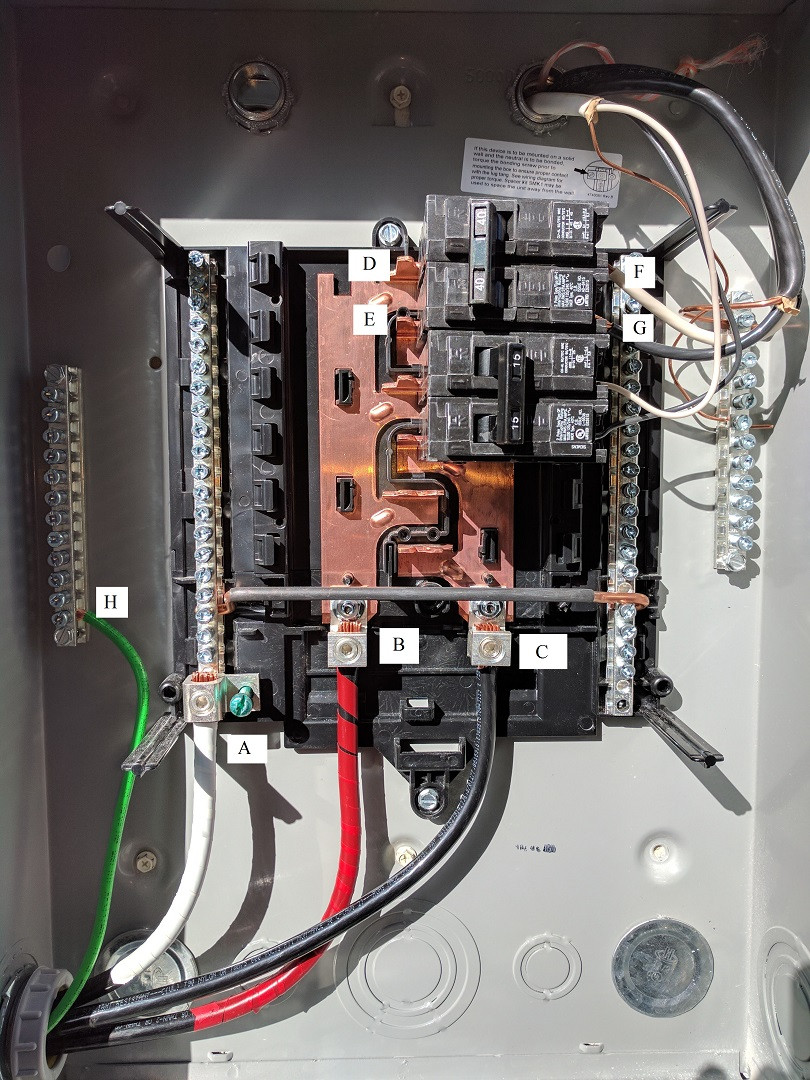 I tested points D and E as extra validation to make sure the contact springs on the double-pole breaker were in fact receiving power from separate legs. In retrospect, I should have also checked D-F, D-G, E-F, E-G, but I didn't do that at the time.

What could possibly cause the 5V F-G reading?

Your double-pole breaker is not switching both legs simultaneously as it should be.
The top D-F pole is connected, while the bottom E-G pole is not connected.

Whatever 240V appliance you have connected to that circuit is feeding the 'B' phase from D-F back into your G terminal.
Even with no appliance connected, capacitive coupling between the wires in that cable will fool your mutimeter.

If you had a load to neutral from both poles you would see 120V on one and 0V on the other.