I have a kitchen sink that is recently backing up when I run the sink. I ran the garbage disposal thinking this would solve the problem but once I turn off water (lots) bubbled up into the sink. If I just leave it, the water does drain out. And in fact I thought the problem was fixed because I rapidly poured a whole kettle of boiling water down the sink and it all quickly flowed down the drain. I reheated kettle and repeated 5 times. We even ran the dishwasher over night and as far as I can tell, it got the dishes clean and didn't back up (no water in dishwasher). But when I turned on the sink and the garbage disposal in the morning, same problem. Water comes gurgling up.

I did see this article: Water backs up in adjacent sink only when garbage disposal is used

and maybe that addresses my problem? But note that I just have a single drain not a double one.

Update. Photo shows plumbing under sink. Notice I was able to undo bottom connection of trap but NOT top connection. I unscrewed the fastener. Should it just pull down now? For the life of me, I can't budge it. AND I may have caused leak from pulling/twisting. Seemed like water was coming out when I ran garbage disposal right now metal fattener on outside of disposal (connector to tube) Adding photos as requested: 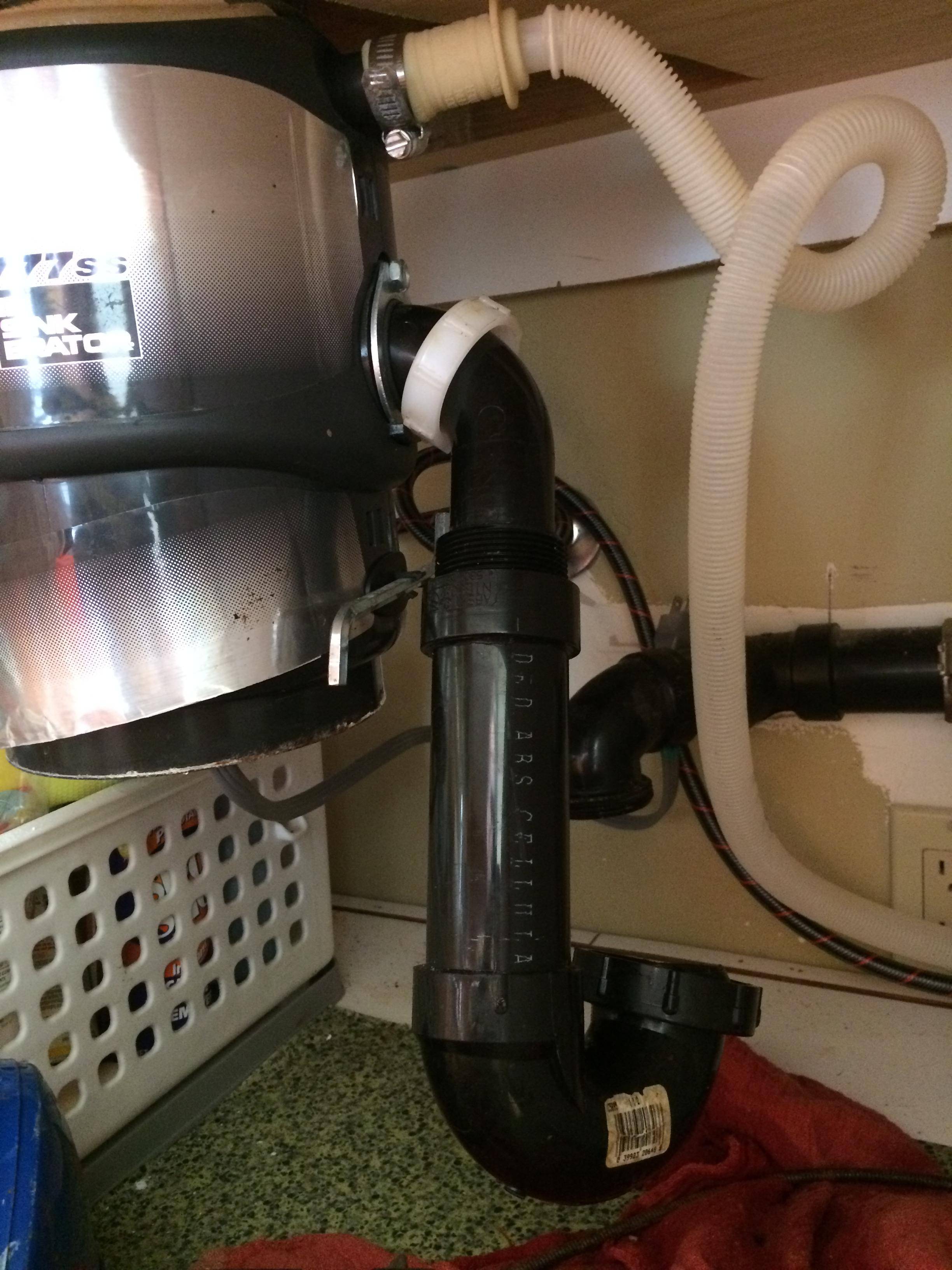 First of all, I don't recommend using boiling water to clear things in most cases. If you have grease build-up, the boiling water may melt a bit and move it a little further away, but it will then solidify further down the line as it cools. If it's not grease, the boiling water isn't likely to do much that cold water wouldn't do as well. (And if this is your problem, try what you can to limit grease entering the drain in the first place).

Sounds like you have a single basin sink with the disposal underneath. A picture of the plumbing would help.

First thing I would do on a standard sink is pull the trap. Normally it should be there in a way that you unscrew two connectors and it comes free (have a bucket and some towels ready.

If it's a simple blockage, I'm confused why the disposal would make it worse.

Sounds like your trap has something caught in it.

If it gets worse when you run the garbage disposal it would be because it is trying to push more down there.

Sounds like Drano would be a good first step. And if that doesn't work then pull off your trap and take a look.

Not the answer you're looking for? Browse other questions tagged plumbing garbage-disposal kitchen-sink blockage or ask your own question.