How can I run a new light circuit from a GFCI outlet?

Okay, I would need to know how to put in a 120volt pull switch light fixture in my pantry closet. I do have a GFI outlet that is near my pantry and pretty much the closest power source. (See photo) I'm seeing a black(hot) white (neutral) green(ground) and I see a RED wire from one of the bundles in the box. Then I see 2 other bundle wiring sets that looks like is pigtailed going to the other parts of the house? From what I could tell, the GFI is interconnected with other outlets around my living space- in other words when I pushed reset all the other outlets near me turned off. Though I am not at all familiar with red wiring? Could I have someone here tell me or draw me a diagram of how I would wire my light fixture to this GFI please? I know the VERY basics of electrical work, so the better detail you can describe for me the better it is for me to understand 👍 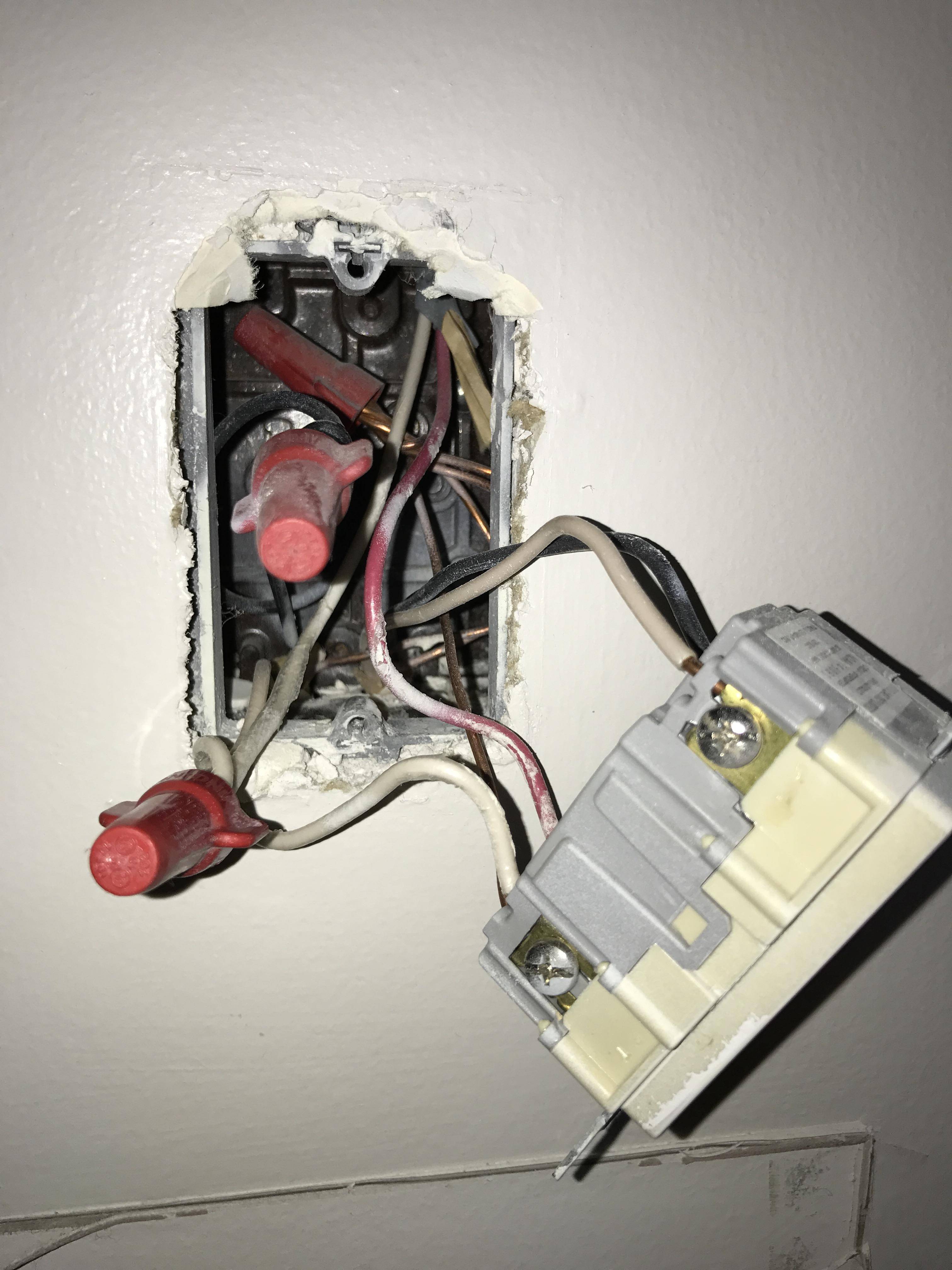 To wire up a pull string light switch you basically just need to bring "hot all the time" power to it. The same sort of unswitched power you bring most plugs in your house. The pull cord on the light will act as the "light switch". So you just need a black (hot all the time) wire and a neutral (right back to the panel) wire.

And don't worry about the red wires for now....

I advise you to wire the pantry light to a wall switch rather than a pull chain. The wall switch is unbelievably quicker and more convenient to operate. Every time you open the pantry you will regret having that pull cord to operate.

As an aside, we had three Leviton (made in China) pull chain ceramic fixtures installed by an electrician--one in a pantry and two in a washer/dryer alcove. I thought I was saving money by simplifying the wiring, but this was a big mistake. A wall switch is a wonderfully convenient and rugged means for controlling a light.

All three pull chain fixtures failed due to failure of the switch. Four other pull chain fixtures (bought at the same time and place and so presumably from the same lot) also failed. These four were in the kitchen, controlled by a wall switch and were hardly ever operated with the pull chain, but still failed.

I replaced all seven myself with Cooper equivalent and have had no trouble since, but this has made me wary of these pull chain lamp bases. I had never put in a wall switch (and still haven't) and it seemed to me to be a lot of trouble compared to putting in a single cable to the ceiling box, but I now think it is trouble well worth taking.

Thirty-five years ago I installed three heavy old Hunter fans and likewise did not wire them to wall switches. After 25 years the pull chain switch on one failed and I replaced it.

Edit It looks to me from your picture that you have 12 AWG wire at the GFCI receptacle and this circuit is probably protected by a 20-A breaker in the panel. If so, you are going to have to use 12 AWG wire to the light fixture and to any switch.

Edit #2 Wiring to a switch is simple. Cutting into drywall and fishing a wire into an open hole in the drywall at the height of a wall switch is easy. Putting the wire into a so called "old work" box and putting that box in the hole is easy. What would be harder (for me anyway) would be to get a cable from the wall receptacle up to the light fixture. If you can do that, you can easily do all the rest necessary to wire a wall switch.

1
Does this wiring look normal? If so, how can I connect a porch light to it?
1
Wall switch connections for a ceiling fan and light
1
How is this 3-way switch circuit wired?
0
New Bathroom Light Fixture Issue
0
Replacing GFCI outlet inside 2-gang box
0
Why doesn't my 3-way light circuit work in some configurations?
1
Can a 20A GFCI be added to beginning of a 20A circuit that serves (8) 15A receptacles & light fixtures?
0
Power Comes into Light fixture from Panel, connected to switch how to wire always on outlet in
1
How can I correct my wiring to eliminate sequential GFCI outlets?
1
Moving bathroom fan on GFCI outlet