Appropriate fixing to lay joists on top of binders

I am attempting to board out a portion of my attic space for basic domestic storage. Nothing very heavy, just Christmas decorations and the like.

The area I wish to board out is the span between two 8" x 3" timber binders, which themselves are supported at one end by a load bearing wall and at the other by an RSJ.

These binders support the ceiling of the floor below, which is attached to existing 3" x 2" joists. These joists are butted, and a structural engineer has advised they are not strong enough to support the new floor for storage.

The engineer advised instead laying new joists across the span on top of the binders.

What is the best way of attaching the joists to the binders?

Finally, I should say that I've consulted the TRADA tables to determine that the dimensions, spacing and quality of the joists are appropriate for the load and the span. 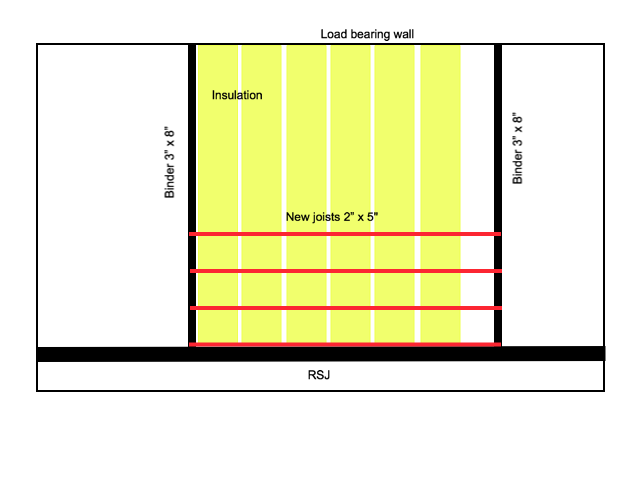 Toenailing into the top of the beam would probably be adequate, if you use slight care until you get the floor fastened to the top of the joists. For a more robust attachement, a 2x6 or even a 1x6 attached to the ends of the joists (nailed into the ends) such that it overlaps the side of the binders with the extra inch will be quite robust. Serves the function of a "rim-joist." Some blocking between the joists at mid-span or third-points would likely be overkill, but is another approach to resist overturning.

I would recommend the above approach.

"hurricane ties" are a metal bracket that may be handier (and may cost less) than the two you mention. They nail to the face of the joist and the face of the binder. But probably overkill for an interior light storage floor. You should be able to install the shortest version of them by simply pushing the insulation down while you nail, and letting it spring back up once installed. 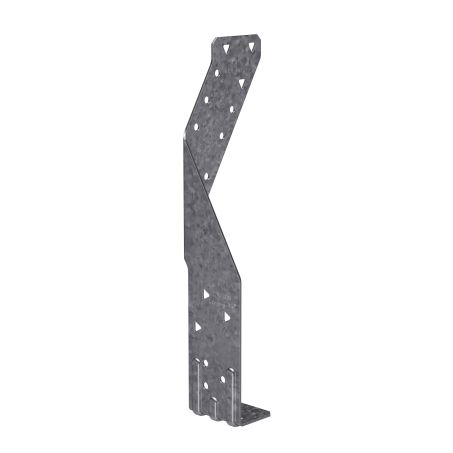 Not the answer you're looking for? Browse other questions tagged attic joists or ask your own question.

0
How to properly double on ceiling joists
1
Board on top of joists in attic. Is it structural?
0
Joists to binder - best way to attach
0
Adding floor joists to an attic
1
Contractor cut joists short (followup to earlier question)
0
fixing sagging insulation
0
Adding "floor" to unfinished attic with blown-in insulation
3
How to add ceiling joists to 20 foot wide garage?