Where is the tandem breaker located?

We added a sunroom back in the 2009 and the breaker panel was full so the electrician installed a tandem breaker. I am looking at the diagram for our breaker box, and wondering if he installed the breaker in the slot marked 3 in the diagram, or whether he installed it in the slot marked 5-6 in the diagram. Please see the attached pictures. The reason that I am asking is that I intend to install a couple of additional tandem breakers, but I want to understand the numbering scheme. Thanks! 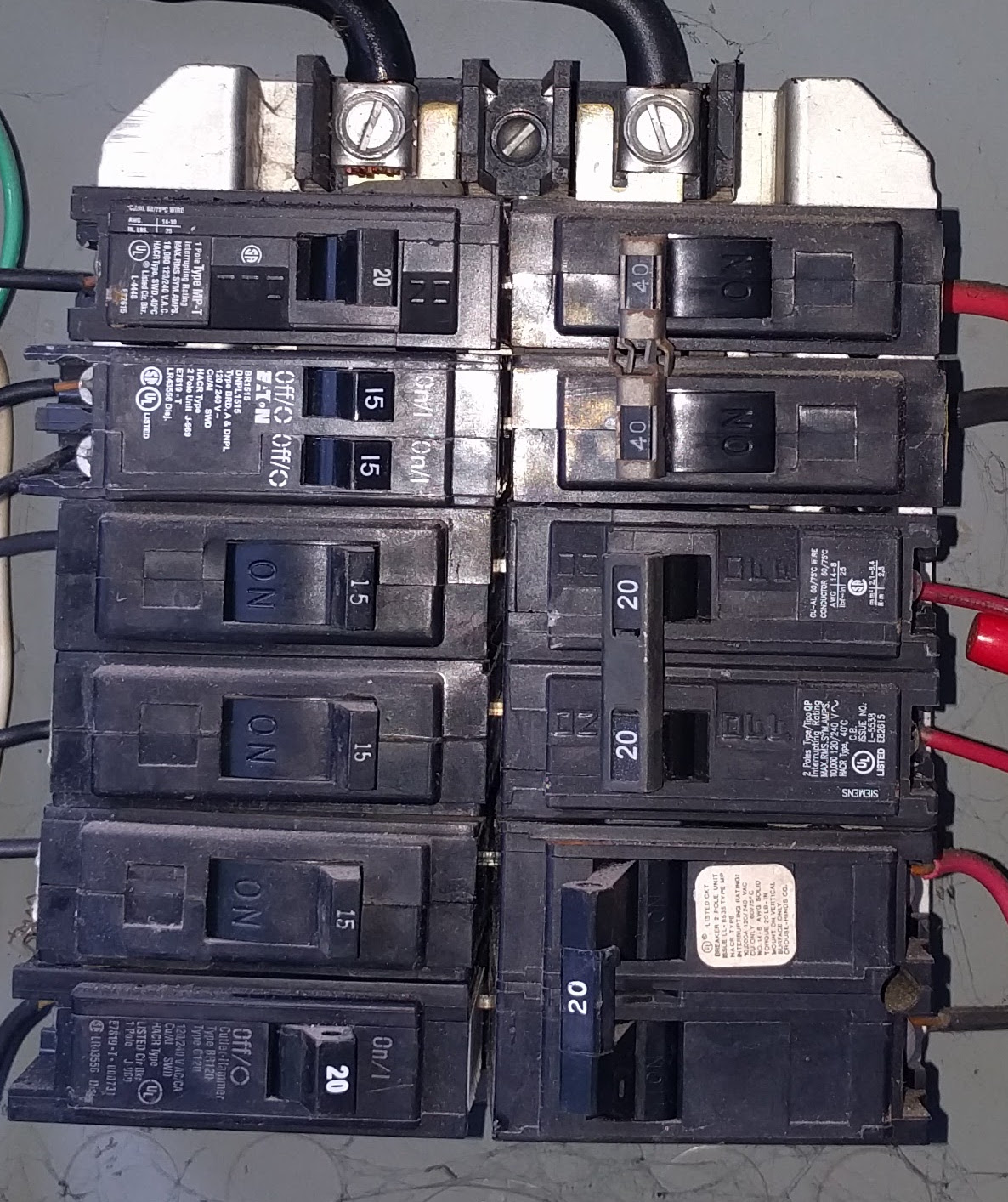 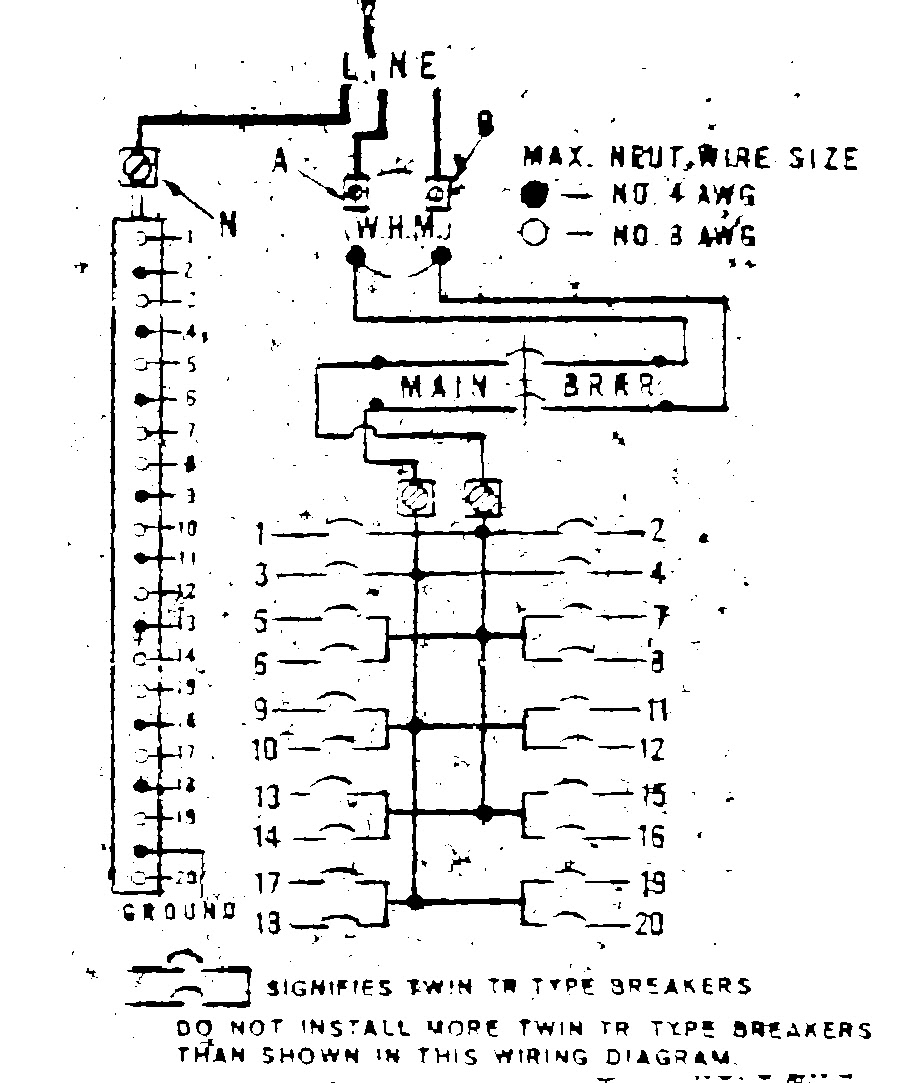 To answer the question stated: slot 3 has the tandem (better called "double-stuff" to borrow a term from Harper on this site) breaker in it.

The problem you have is that whoever installed it wasn't paying attention, and installed the tandem in a slot (3) where tandems aren't allowed as per the wiring diagram, which violates the panel's listing. Swapping the regular breaker in 5/6 with the tandem in 3 will fix this rather easily, though.

(What the diagram says is that slots 1-4 cannot be used for tandem or quadruplex i.e. "double stuff" breakers, while the rest of the slots can, although to install tandems on the right side of the panel in the tandem-capable slots you need to use quadruplex breakers due to the 240V circuits there.)

If I correctly understand the meaning of "tandem" breaker, the only one I see is in slot 3. What are the additional circuits used for in the sunroom--some lights and some 15-A receptacles?

The tandem breaker is indeed in slot 3. A tandem breaker simply allows you to connect two breakers to a single bus terminal. This means that both circuits are on the same leg of the service, and so can only supply 120 volt loads.

5
What are my options to repair a broken tab on a bus bar?
4
Using a 30-amp tandem circuit breaker for a 120/240v circuit?
1
Can I install tandem breakers in this panel, and would one 20 ampere circuit be enough for a garage?
2
How to tell if breaker box can handle another tandem breaker?
0
What happens when two separate circuits are connected to a 120/240v breaker?
4
What are good uses for tandem (double-stuff) breakers?
1
2 wires with same neutral in a tandem circuit breaker on the same leg
1
Feasibility (and cost) of swapping wires on circuit breaker panel
2
Tandem/twin circuit breakers installed where not allowed?
3
Tandem Breaker is in half-off position. Unable to reset