Melting snow on the deck leaked into the house. Is my deck flashing incorrect or insufficient?

Last fall I had a small deck built to replace three masonry stoops that were falling apart. The sheathing behind the stoops was not flashed and was rotting.

The contractor did a good job as far as I could tell and, frankly, I don't know any better. As part of the job he replaced the rotted sheathing.

He put the tar paper membrane between the house and the ledger beam like this: 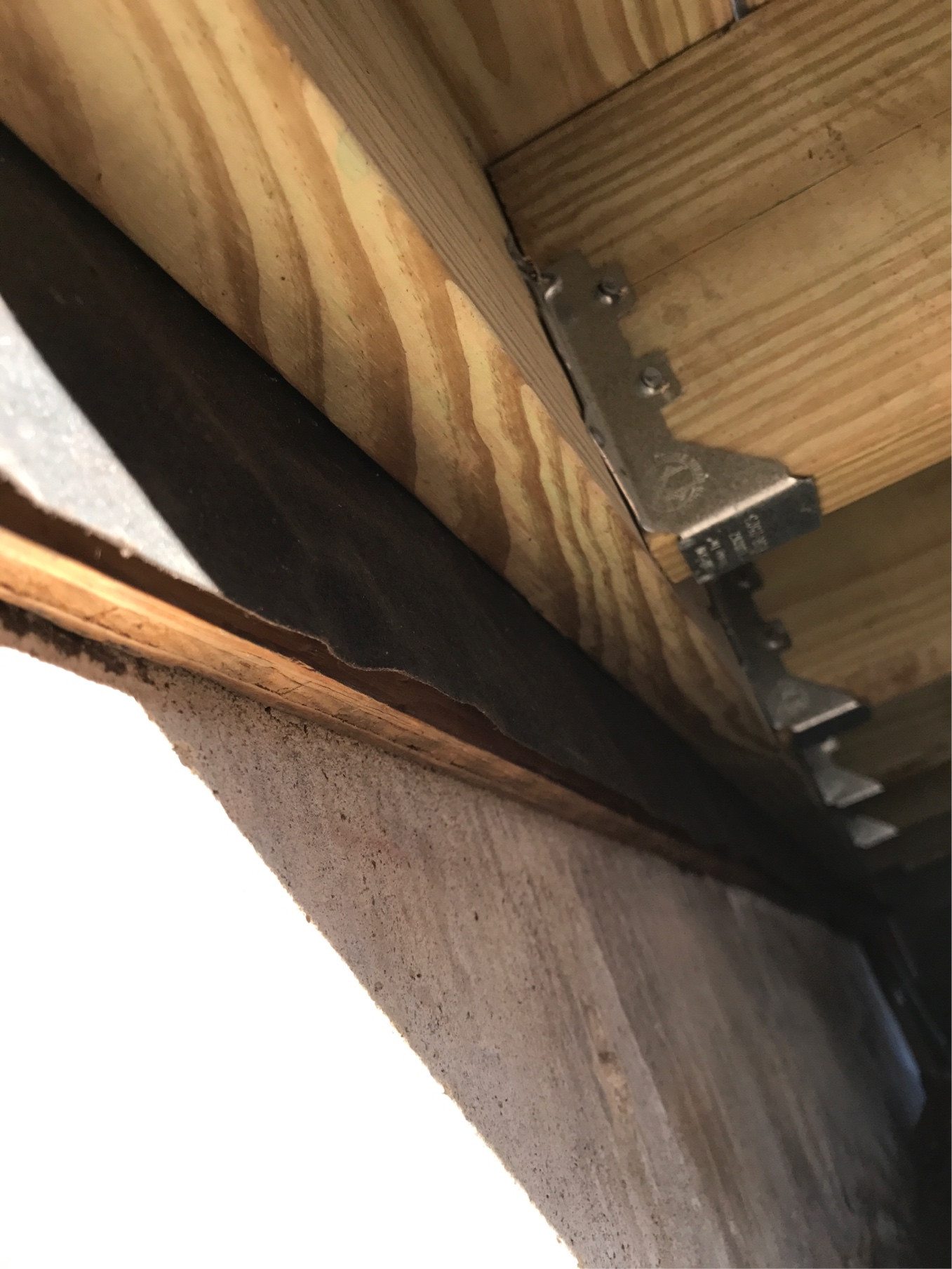 He told me this was sufficient to prevent moisture from getting in.

After he was done, a few weeks later we had some major rains. The water leaked into the basement house right under one of the patio doors. This I think was a known problem before - the gutter in the back only had one downspout and used to overflow right over that door. So I added a down spot and caulked the gaps around the door - this problem went away as far as I can tell.

Recently we had a major snow storm in NJ. I did not shovel the deck. A few days later the weather warmed up a lot, snow began to melt, and I noticed a leak in another spot. This one seemed bad enough that it got into the house and formed a small wet spot on the floor indoors!

Since I asked the contractor to use screws on the part of the deck around the hot tub, I took a few planks out around the spot where the leak was. I found that the tar paper membrane was soaking wet on the inside of the ledger beam, the side against the house. The spot was right under the hot tub electrical conduit. The conduit was not previously caulked off by the electrician.

Going with the theory that the water found its way into the house along the conduit, I used some spray foam around it to seal it off. I put the planks back on.

Here is my question: is the flashing with a tar paper membrane sufficient? Was the contractor required to install a Z bar with a drip edge under the siding and over the ledger beam (I learned about this after the deck was done?

I do not think retrofitting the z bar would be that difficult since the planks are attached with the screws. It is something I could do myself, in theory, or with the help of a friend. The reason I am asking is to decide whether the contractor should come back and retrofit at his expense as part of labor warranty or not.