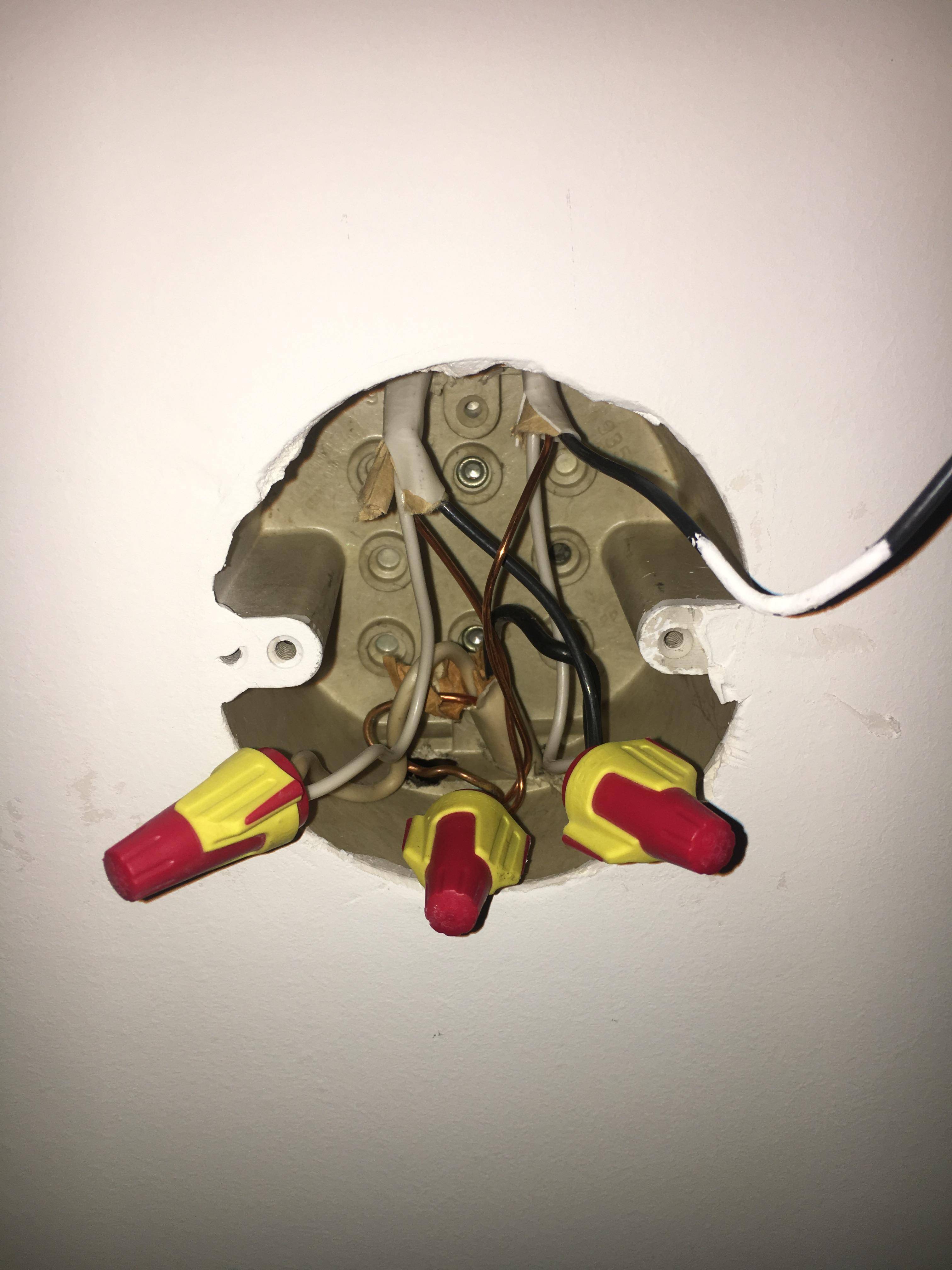 I've attached a photo of a ceiling box my wife is having me install a light fixture on. I have done many fixtures with the standard hot to hot, neutral to neutral, and ground to ground. I'm not sure what is going on in this box. Can anyone offer any insight into how I would go about wiring to the fixture? The switch it is on is a standard switch, not a 3-way. The fixture being installed has 1 hot, 1 neutral, and 1 ground.

That box has two constant feeds and one switch-loop.

The cable to the top right is the switch loop.

Ignore the splice with the two blacks and a white, fold is safely back in the box. For your fixture use the white bundle to white (left-most wire nut), the single black to black (single black out of the photo) and ground to ground (bare wires).

I am putting just a start of an answer here since I needed to post a picture.

To get anywhere in making progress it is necessary to understand where the end of the wire highlighted in the picture below actually goes. From the picture it looks like it may just poke out through the bottom side of the electrical box. 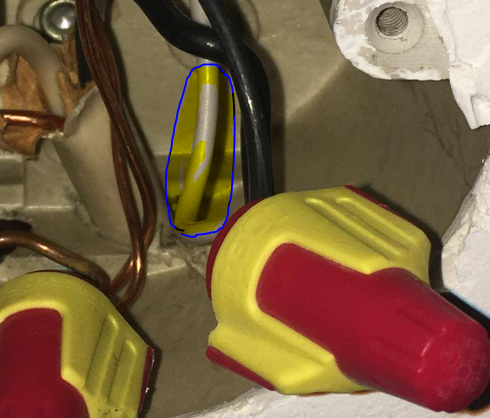 The shadows inside the box in the picture also make it hard to see all the existing connections.

So where does that lone white wire go?

If @Joe is correct and the white wire that I highlighted does join in with the two black wires in the right most wire nut then it would be highly likely that wires a hot connection to the switch on the wire that exits at the top right of the picture.

Then in that case the black wire that extends off to the right in the picture is the switched hot that would go the the hot wire of the light fixture. The GND of the fixture would be joined into the other safety grounds on the center wire nut. The neutral of the fixture would be joined in with the two white wires on the left most wire nut in the picture.

Note this would be a good time to mark that white wire by painting or taping black to indicate that it is being used as a hot wire. Do in this box and at the switch to bring that connection to modern recommendations to alert future folks about the non standard wire color usage.

You should put some attention to where that black and white wire that exit from the upper right corner of the picture go to. There are a number of things that could be going on here as follows:

In any case, now understanding how that white wire is interconnected in with the other two black wires, it is clear that that upper right wire pair is meant to be a switch loop. Any one of the reasons I listed above raises serious safety concerns unless it is 100% understood. Consider that there could be a combination of issues such as (2) happened followed by (4). If you or your father in law are not able to ascertain what the issue is then you should call in a professional electrician. To be honest, knowing what we do now, the idea of just using a pull chain fixture is as bad as just sweeping a problem under the rug.