Building a stud wall around cornice

I'm building a short stud wall across an alcove, to give us a built in wardrobe. I'm intending to frame the wall with the timber laid out on the ground then to lift the frame into place and secure to the floor and ceiling, with noggins in each.

There is existing original cornice, which we want to keep in the room and continue across the new wall, with as seamless joints as we can reasonably achieve. I have quotes for a company to replicate and make a run of the plaster cornice, so we can get new cornice to do that which matches the existing.

This is the top of the alcove in question: 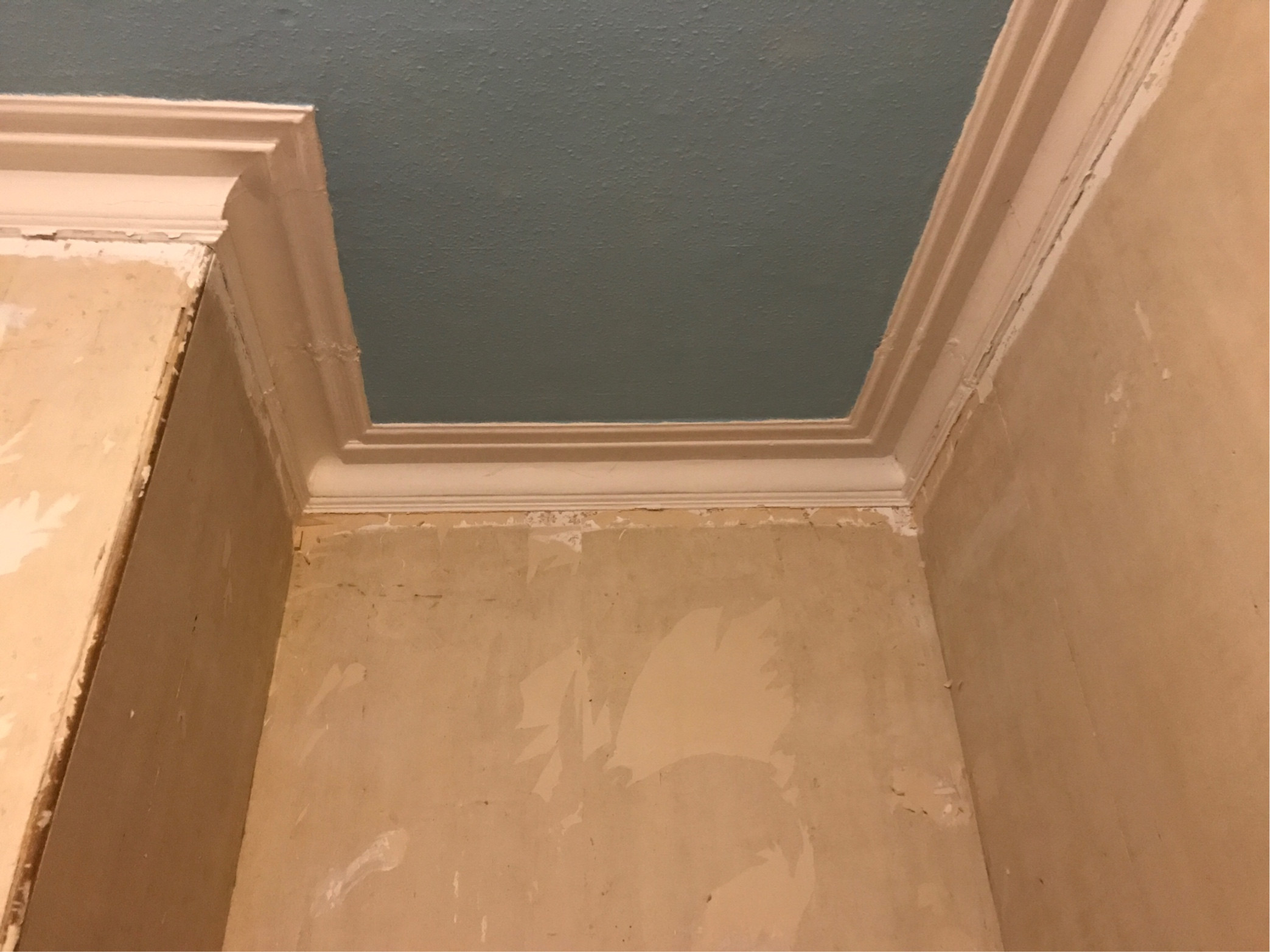 My question is whether I can do the job without damaging the existing plaster, or whether that makes it significantly harder to do. I'm imagining a frame with two large inverted corners at the top, to avoid cutting the cornice, but still frame the wall on the floor and lift it in to position.

This is the kind of shape frame I mean: 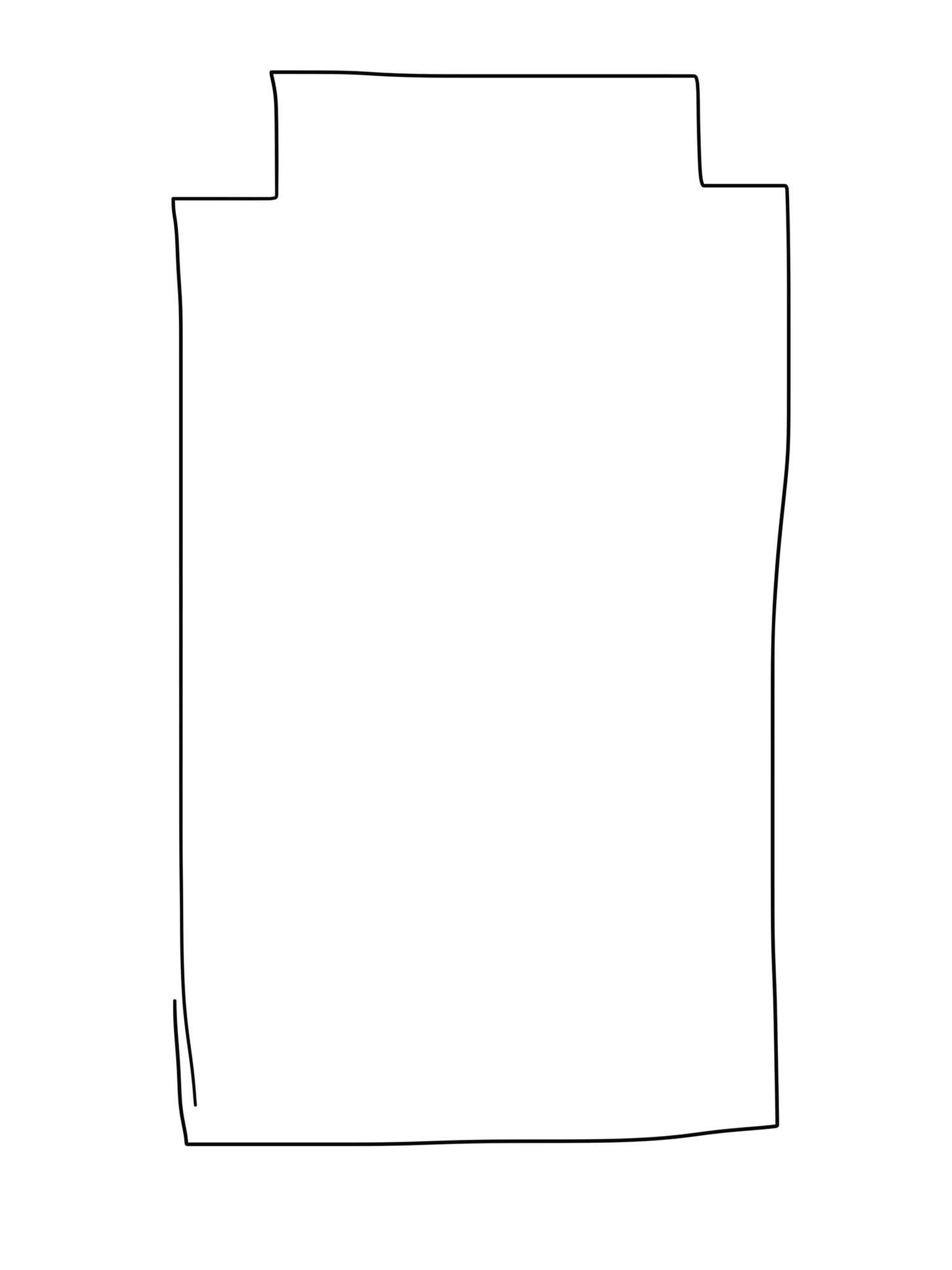 Are there any major downsides to this approach? I don't want to compromise the job I'm doing so if I have to cut the existing cornice rather than build around it, I will do that, but if possible I'd rather not damage the original cornice.

The only downside to your approach is the lack of rigidity in the upper end of the frame because of the multiple joints. Once the framing members are secured to the walls and ceiling, this should be largely resolved.

You could strengthen the frame by adding a horizontal member right below the inverted corners, making a large rectangle with a smaller one above it. This should be well above the door frame of the wardrobe.

Edit by asker- Image of my interpretation of answer: 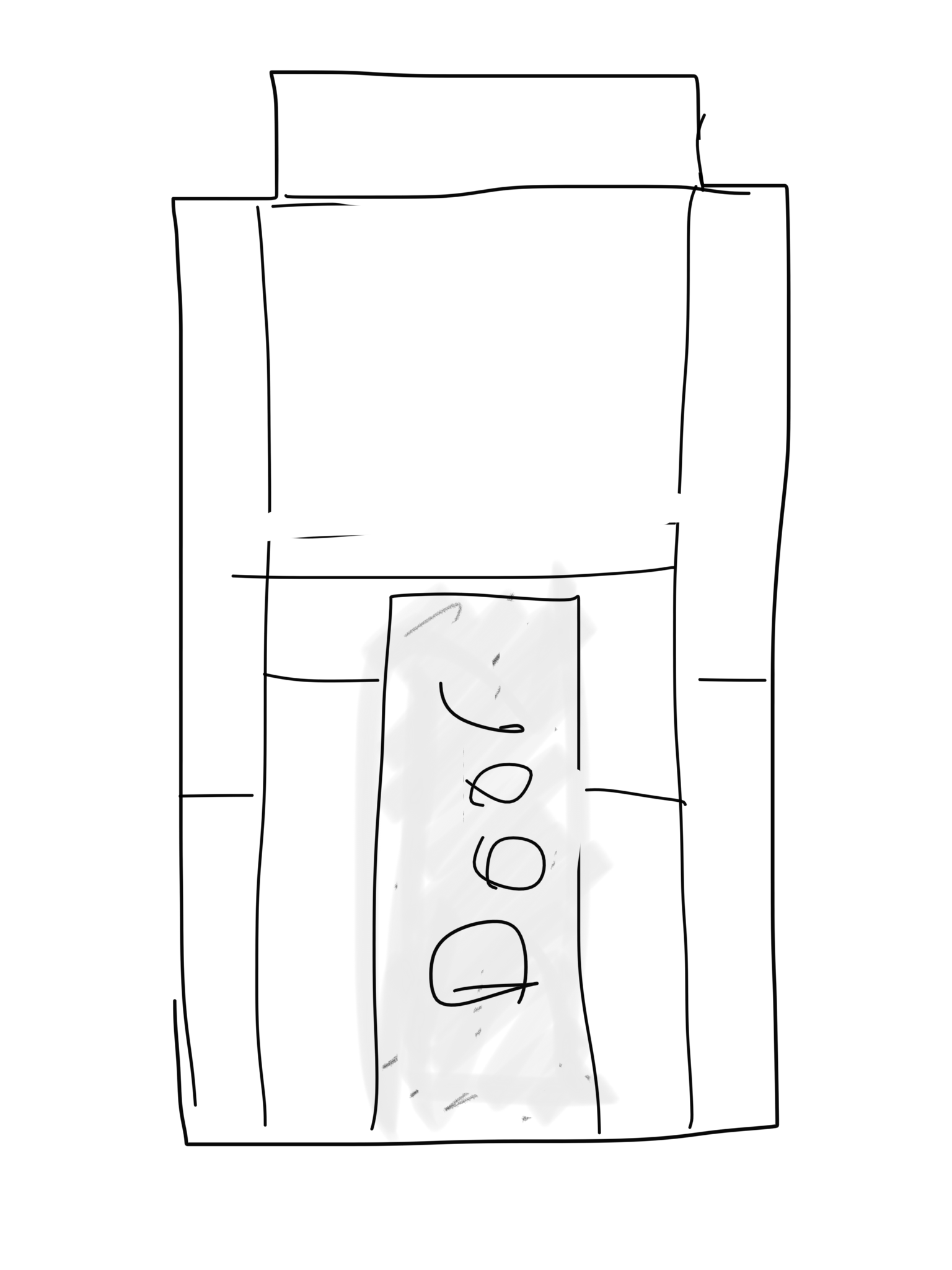 Not the answer you're looking for? Browse other questions tagged walls trim plaster or ask your own question.

7
How can I tell if I have rock or wood lath plaster, and is there a difference when repairing cracks and peeling/flaking?
0
Fixing poor caulk job at aluminum siding and window trim
3
How do I prep and plaster a bowed wall before tiling?
2
Framing around depressed area of floor: a good plan?
0
Finish a wall with uneven stud surfaces
1
How to do a flush transition from concrete wall to metal stud wall?
6
Can I partially suspend an angled climbing wall from my garage trusses?
0
How to fill in bonding at the bottom of a wall before skimming?
0
Best way to create and attach an outdoor kitchen wall to a cinder block wall/fence