Installed new 3 way switch, now lights are still dim when switch is off

I installed this switch, to an existing 3 way switch setup that worked just fine (no dimming present). I wanted the automation, thus the programmable switch.

This is setup on outside lights for the garage and porch. The porch has a CFL, and on the side of the garage door (3 of these LED's on each side).

The very strange thing is, the switch works like it should, both lights turn on, BUT when I turn the switch off (on either wall switch) the LED's just dim, they don't turn all the way off - see pics. What would cause this?

Wall switch is OFF 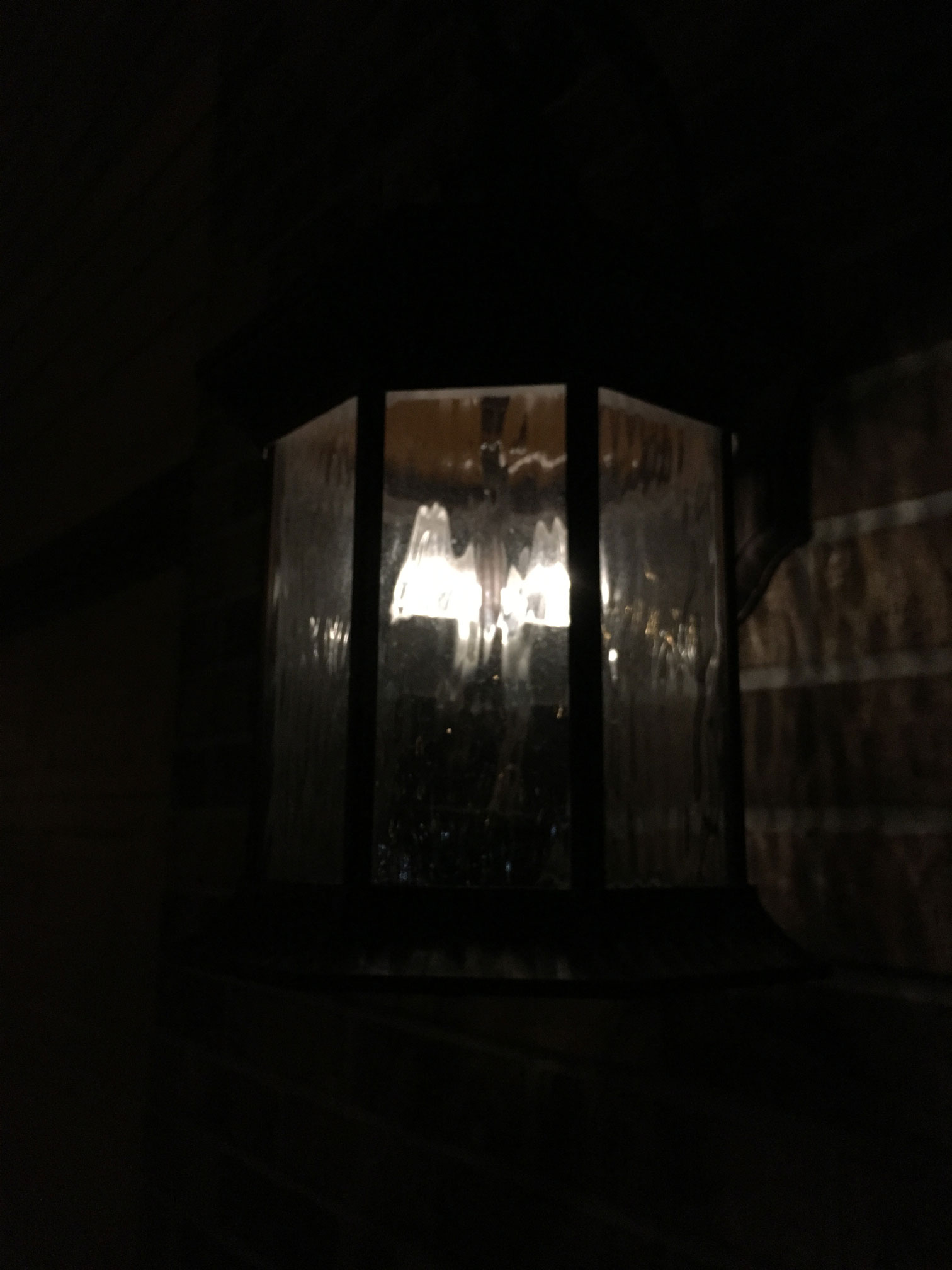 Wall switch is ON 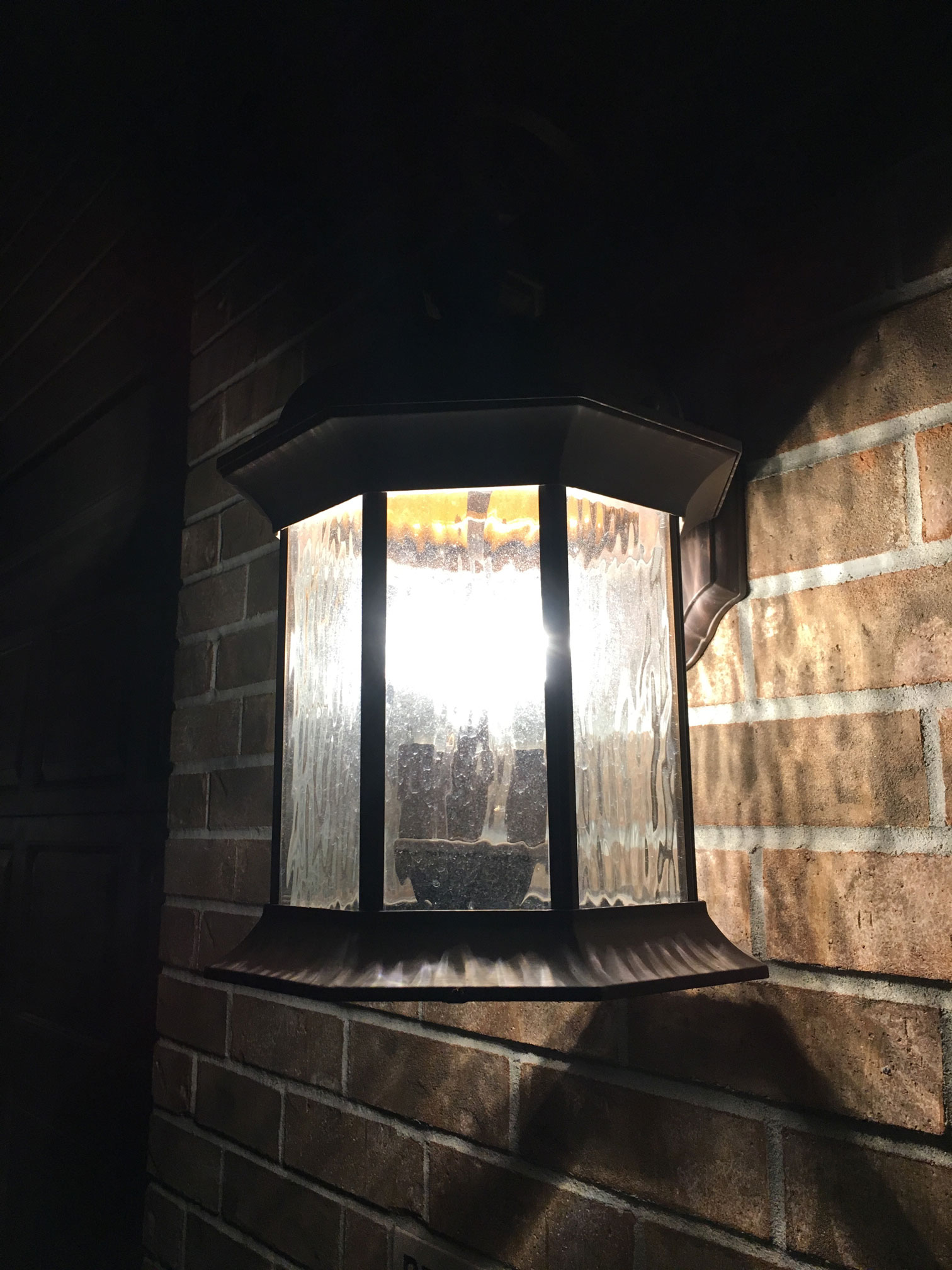 The switch specification calls for a minimum load of 40 watts (see page 2 of this). Apparently it does not draw power for itself directly from the source, but relies on current flowing through it to power the electronics.

This review expresses one user's frustration with trying to use it with LED lights.

Alas, the solutions are not wonderful:

An incandescent will shunt most of the current when the switch is "off" so that the other bulbs will be dark without the incandescent being visibly "on".

This control is not listed for use with LEDs or CFLs, only incandescent/halogen. That means it's not designed nor certified for that use. It is illegal to use an electrical device contrary to its listing. Consult with the manufacturer (they're easier to reach than you think) and get their advice, perhaps they have expanded their listing to include certain CFL or LED.

Other than carefully engineered exceptions, it generally works like this

The reason is that any snart device is, itself, a machine requiring power to operate itself. The ones that don't need a neutral wire are relying on a trick of leaking power through the load, and incandescents have a peculiar property which makes that trick work. it is a random side effect of how incandescents work, it was not engineered into them.

Not the answer you're looking for? Browse other questions tagged electrical wiring lighting switch light-fixture or ask your own question.

2
Adding new lights to a switch
3
Switched outlet still has some power when off
0
Rewire wall switch to an on/off switch, for a ceiling fan that has nightlight, fan & lights?
1
LEDs in a multi-bulb fixture only dim when installed alongside a single 60W incandescent bulb
1
Replaced lights & switches on 3 way switch circuit; not sure if I have wiring problem or product problem or both
0
Light switch doesn't turn off lights
0
Fried dimmer turns lights on/off but new dimmer won't
2
Leviton Dimmer 3 way remote switch only turning off
0
Adding LED Recessed - 3 Way Switch - Dim Lights