I have a mower with a Tecumseh LV148AE / LV195EA engine that will run pretty well once it warms-up, but getting it started when cold is quite a challenge.

The way I have been able to get it started is to keep pulling on it about 20 times. At that point, I might get it to fire once or twice. Another 10 pulls and it'll fire again maybe five or eight times. Finally, it'll start running.

Stopping the mower for a few minutes to empty the grass, it'll start up with one or two swift pulls. Even if it's been off for an hour, it will startup after a few swift pulls. But if it sits since the last time the grass was mowed, it needs that huge number of pulls to get running.

My theory is that it's not getting good compression any more. I've ruled out fuel and spark as a problems since it runs pretty much flawlessly once it's warmed-up.

My plan is to do a bit of diagnostics the next time I need to run the mower. I'll start by doing the 10 pulls, and I expect no firing. Then I'll remove the spark plug, put some oil in the cylinder, and replace the spark plug. If it immediately starts, then I'm going to presume that's because the abundant amount of oil is causing a better seal between the piston rings and the cylinder wall, giving me better compression.

Is the above diagnostic idea a valid one?

Another idea is if the muffler is causing too much back-pressure, so if the plug doesn't help, I'll take the muffler off for another quick test.

EDIT: Additions based on comments

I had an identical problem as yours with my Toro 4-cycle mower. Eventually, the mower wouldn't start at all, which I tracked down to a dead ignition module (ignitor). After I replaced it, it's been easily starting for about 4 or 5 years now. The ignitor looks like this: 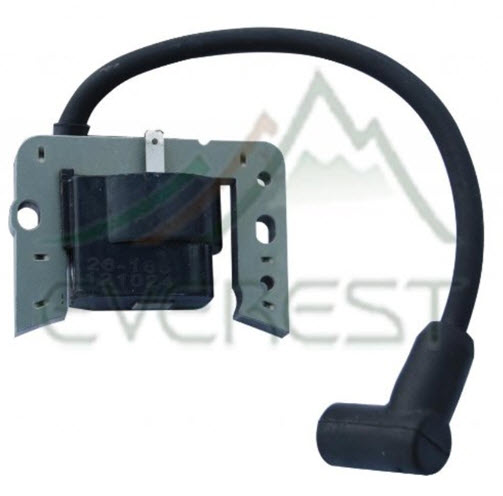 This may or may not be your problem, but if you've eliminated everything else...
I used a piece of card stock to set the gap between the ignitor and the rotor.

The mower starts on the first pull now.

Here is what I did, in order:

The only reason I replaced the carburetor is because I could get it on eBay for $10, delivered. It was pretty easy to install; the top plastic cover came off easily, and so did the muffler. The carburetor is held on with two bolts. One needed a socket and the other needed an open end wrench (due to interference). In other words, easy to install if you have the right tools (socket wrench and open end wrench).

Theory of Why This Fix Worked

Originally, the mower worked once it finally got warmed-up, so I thought fuel was not the problem, and mistakenly focused on compression. My theory is that, although it was always getting fuel, it wasn't getting fuel properly when cold. Thus, replacing the carburetor allowed factory spec fuel delivery, and so the machine returned to easy starting.

I suspect that cleaning the carburetor also would have worked. There are some little holes you can run a small wire through, and that might have also solved the problem. But since the replacement part was cheap and readily available, I went that route. 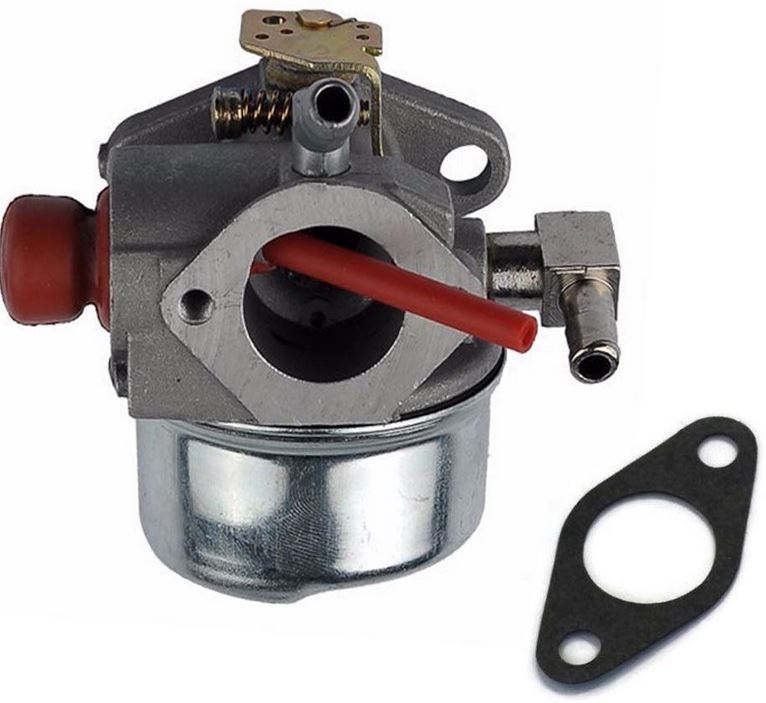 ADDITIONAL INFORMATION, A ONE+ YEAR LATER:

The mower began getting harder and harder to start, and finally just would not start at all. In order to check the spark, I removed the spark plug, then reconnected it, rested it on the block, and pulled the starter rope. No spark. So I ordered the part referenced in Bill's post, here: https://diy.stackexchange.com/a/110886/4323 The mower is now starting in about 1 to 5 pulls.

This spring, I poured fuel into the machine and it immediately began leaking out. Rather than try to figure out what seal was bad in the carburetor, I bought yet another carb and installed it. I made a 10 minute installation video.

Without knowing how cold "cold" is, my answer may not help, but this really just sounds like typical starting behavior for a cold environment.

As an example, I had a snowblower. When it was 0°F out, the pull starter was next to useless, which is why it had a plug-in electric starter as well. My lawnmower, however, would take a pull or two but in 75°F weather, it would start up nicely in reasonable time.

Warm engines always start up faster, which is why a restart occurs faster, even after an hour or more.

To address some items you mentioned, lawnmower engines aren't built as high-performance engines. It's unlikely that it's worn down the piston rings (if it uses rings) because it doesn't likely run a particularly high compression. It's built to be reliable as opposed to powerful so you sacrifice some gains from a higher CR and instead get lower wear. Also, compression loss wouldn't just affect startup performance. It would also affect running performance, with such symptoms as stalling under load, oil degradation from blow-by, and (if it has a PCV) increased oil consumption. You even noted that adding some oil to the cylinder directly didn't seem to help.

You didn't mention engaging the choke, so perhaps that's your issue? With a cold cylinder, the engine needs excess fuel to establish a flame front at all, and the choke enables that.

Oh, and check the fuel filter.

I would definitely try replacing the plug, as that might fix the whole issue.

1
is my lawnmower beyond redemption?
6
why did my mower suddenly start running slower?
1
Toro ready start lawn mower dead
2
Yard Vac only runs on full choke
2
Lawnmower is not starting and is now leaking gas
0
What is causing my Craftsman push mower to run erratically and quit after a few minutes?
0
Diagnosing faulty ignition coil on lawn tractor
16
I hit a pipe with a mower and now it won't turn
2
My electric lawn mower won't start after getting grass blocking the blade