How to fix big gap between aluminum double door stiles

I have an aluminum frame double door. The gap between doors is about 5/8. I use a deadlatch as a lock, since latch isn't long enough, there was used a piece of aluminum bar 3/8 thick as a fixed latch.

Is there a better way to solve this? 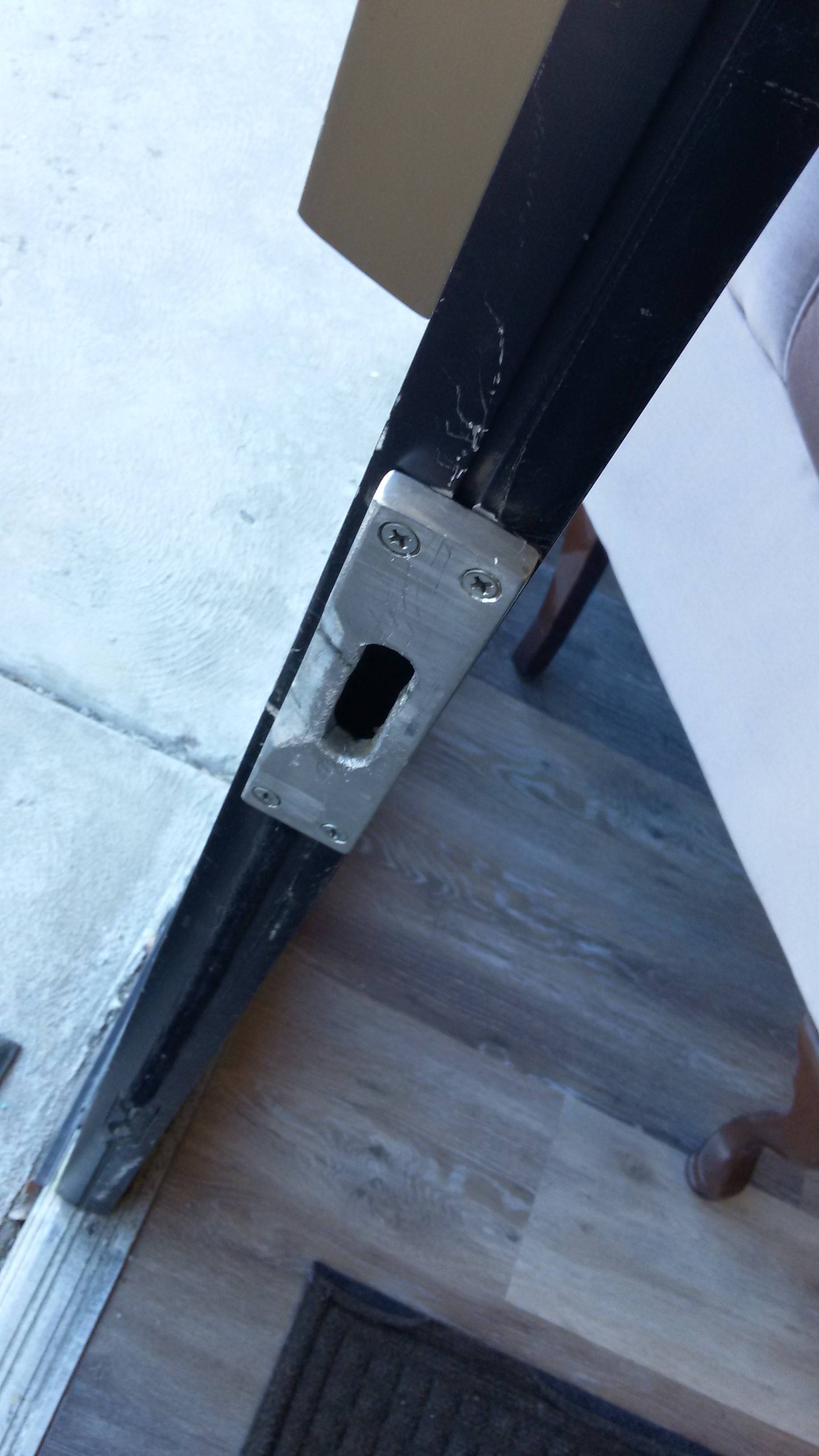 The aluminum plate that is screwed onto the edge of one of the doors is an acceptable way to provide for the latch catch as long as it works. I do hope that one of the two mating doors has a top/bottom bolt that slides into holes in the top frame and/or the bottom threshold. Without those the center latch securement between the two opposed swinging doors is not robust at all.

The large gap between your doors will want to be addressed somehow. There is the consideration of heat loss or cooling loss through such a large gap. This may be can be mitigated by installation of an appropriate style of weather strip along the edge of one of the doors. The large gap also seems to indicate that there may have been an improper installation of the doors or that they were not properly adjusted. Sometimes there is room for adjustments depending upon how the hinge pivot side of the door is designed. So you may want to investigate getting the door serviced.

4
How can double swinging closet doors be installed?
4
How do I fix interior and exterior doors that do not close properly?
0
Big gap for interior lock
1
Should I use longer screws or cardboard shims for fixing skewed doors?
3
Gap between door and frame is too large at latch location
2
Lock can be opened with credit card even when deadlatch is fully depressed
0
Easiest fix for crooked door frame
0
How to add bars or strengthen a sliding door?
0
Replacing an exterior screen door footer threshold to close gap