I had a led pool light that switches colors when you press the light switch in the house on/off. On the back of the switch I only have a black, white, and ground wire with no load wire. Can I use a "smart switch" with this?

The system I'm using is a Wink hub. 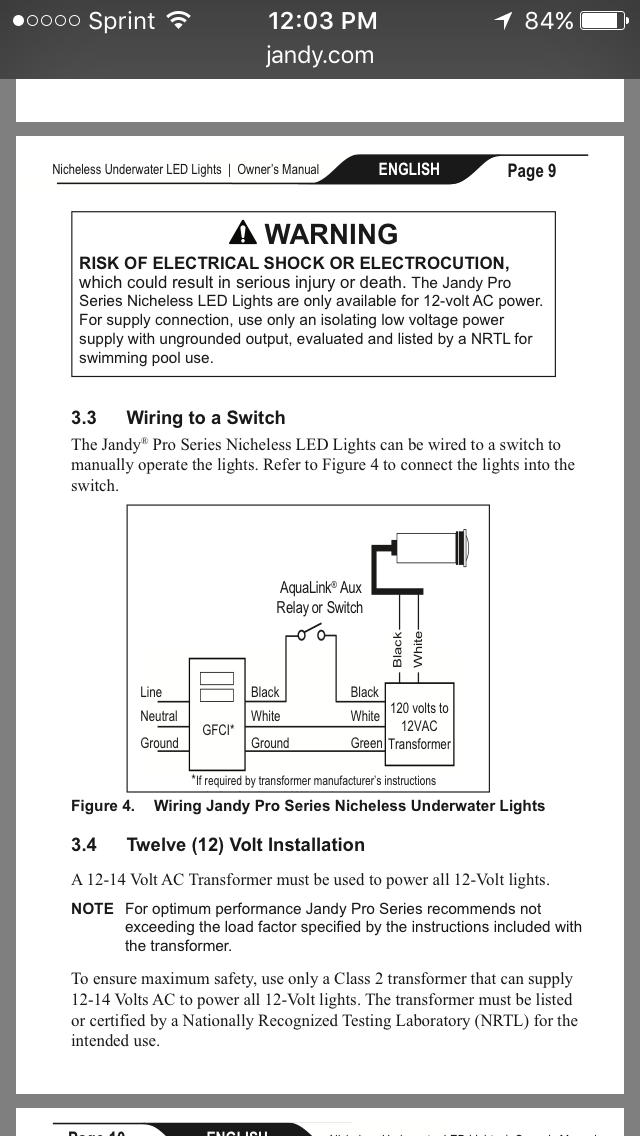 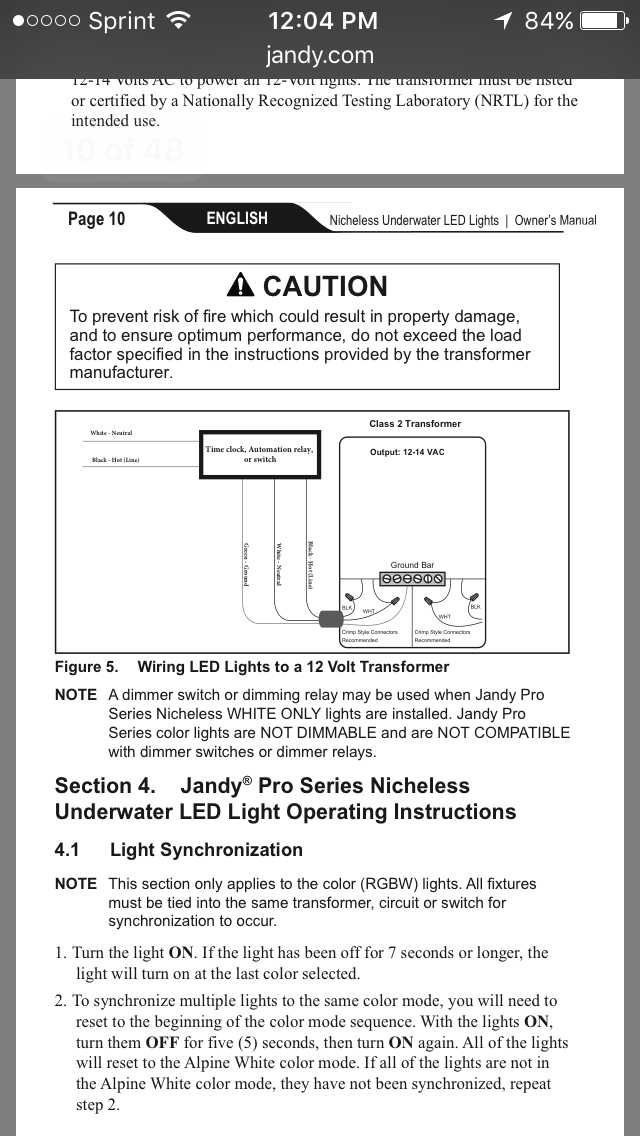 What you have is a plain switch, a dumb 12VAC transformer for the pool lights (finally, someone who takes pool safety seriously, yay!) and several "smart" LED lights with a trick. They can change colors if power is interrupted for a moment. And they can all do this in sync, which is usually the hard part.

You are now implementing a "connected home" platform, and you'd like to control these LEDs. You're looking for some sort of glue/middleware device that will let Wink address the LEDs and change their colors. Nope.

You can put a smart-switch on their supply, sure. You can have the Wink switch them on and off, sure. Wink might even be able to turn them on and off quickly, as needed to switch their colors. But Wink won't understand what it's doing or why it's doing it.

There won't be a way to tell Wink "make the pool orange" and have it tip-tap out the command to make those lights orange. There may, but it would involve some special software coding; the question is whether Wink gives you the platform/language to do that. Such a command series would not remember where the lamps are now, and certainly can't see them, so it would have to start the sequence from a cold reset-to-white, so it would take 10-15 seconds to reach any particular color. On the other hand, Christmas light controllers do that kind of thing for breakfast, so maybe.

This is a hard problem, and it is unsupported: there's nobody to call for support to make this work, as you are discovering.

Though, given the cost of these things, it might be worth contacting the factory. You can bet this has come up before. They might even have a solution, or be motivated to develop one. Their customer base are exactly the sort to do smart-home tech.

One could go with LED lights designed to work with Wink -- or alternately, a controller designed to work with Wink. I don't think you care if they're individually addressible, so that's a plus. The big minus would be if this forces you to 120V lights - because you are quite correct to keep 120V away from your pool. Electricity is much more lethal in water, because you can't pull your hand away, and it only needs to stun you to drown you.

The good news is if you can get a Lutron dimmer that plays with Wink, maybe you can find an RGB controller that works with Wink too. I have started to see them from name-brand companies, so hopefully. Those controllers are designed for LED strips, input 12 volts DC, and output 3 channels (4 wires, R G B and common) which go direct to simple LEDs. That would require you to run 4-wire cable down to each of your pool light locations (I sure hope they're in conduit). And thermostat cable would suffice since you're at 12V.

You can just install any non-dimmer "smart switch" (compatible with your system) following the manufacturer's instructions. If it says it can control motors/appliances/lights, it should be fine to control your transformer load.

For nearly all smart switches, there must be a neutral wire available so be sure you have one in the switch box already.

One thing I will note to watch out for: since you require a quick on-off-on change to cycle the light color, make sure the smart switch and your controller is capable of doing it quickly enough (or you can build a macro/sequence to do that for you). I've noticed some of the 'smart' home stuff can be slow, especially when wifi is involved, so it takes a second after you press the button on your control to when the load is actually switched.

a quick web search turned up this.

The white wire is the neutral or common wire.